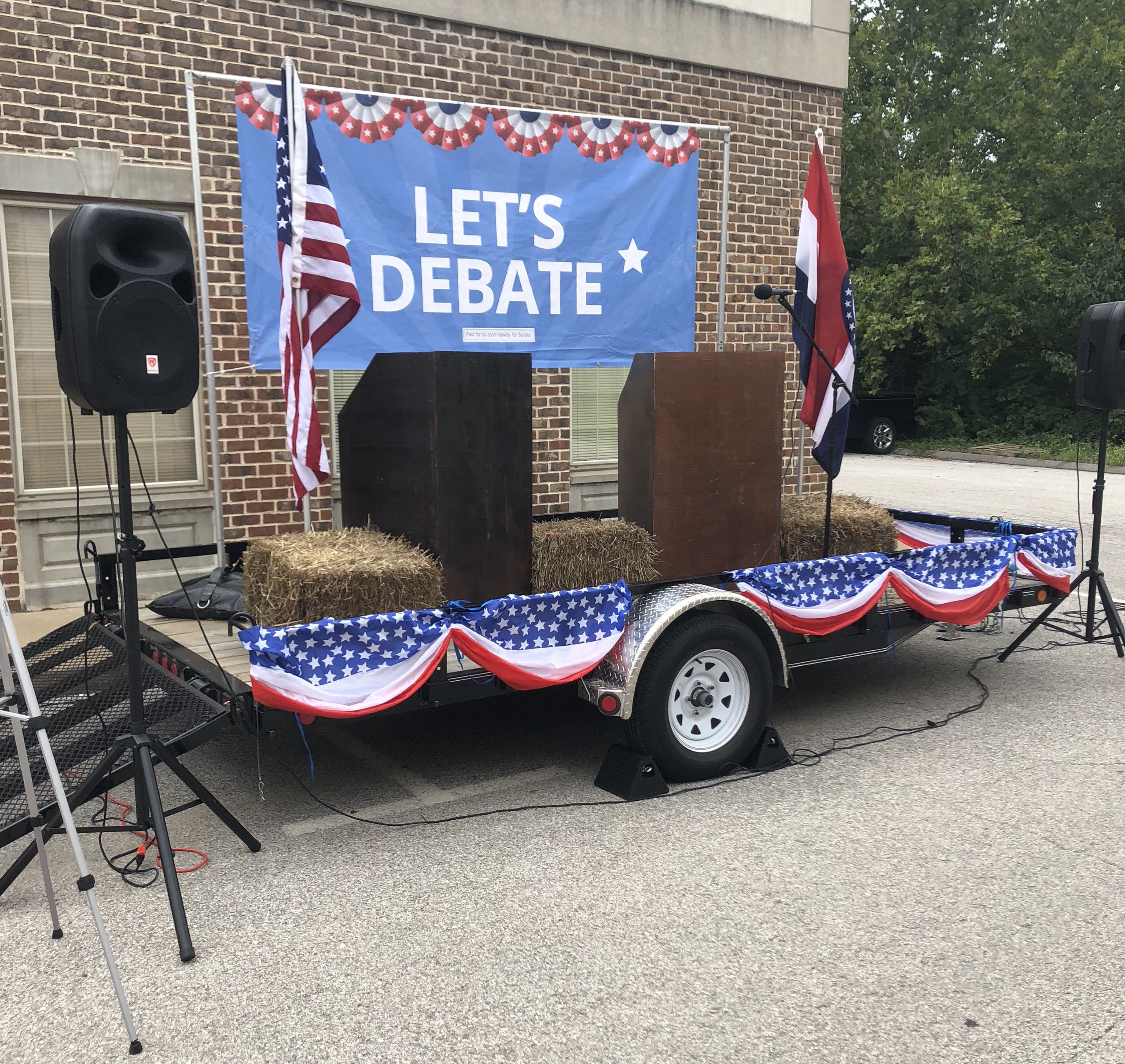 ST. LOUIS – With 68 days to go before the November general election, Republican candidate for U.S. Senate Josh Hawley continues to travel around the state, hosting “Let’s Debate” events, his most recent stop landing him at the RNC headquarters in St. Louis.

Since then, Hawley has hauled a trailer with him all over the state, setting it up at various locations for a debate with McCaskill over the last three weeks.

“I’ve brought [the trailer] with me everywhere that I have gone and Senator McCaskill has yet to accept my invitation and actually come here to debate,” said Hawley.

Hawley contends that studios or moderators are not needed to debate, instead saying they can simplify the process by stepping up onto the stage of the trailer behind the two podiums and directly answer the questions the public want to ask, and let the people make their own decisions on the issues.

“Let’s come right up to this stage and in the best traditions of our country, let’s let the people decide for themselves,” said Hawley.

Hawley noted that there are outside groups that are pouring in millions of dollars into the race, “trying to buy it for Senator McCaskill” and claimed that she “needs permission” from her party’s bosses to do her job as a U.S. Senator. To emphasize that point, he wrote a letter on behalf of McCaskill to Senator Chuck Schumer, asking him to give McCaskill the permission she says she needs “to actually do her job and come to the stage and debate.” 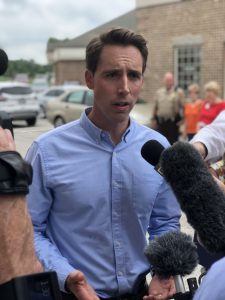 Hawley says that he does not remember another Senator from Missouri needing to ask permission to do their job, and reiterated again that he did not believe that a Missouri lawmaker should have to ask for permission to represent the people from the state.

While the General Election is weeks away, the hearings on the next Supreme Court Justice is starting in less than a week.

Hawley says that one of the most important decisions that a U.S. Senator makes is the decision to vote on a Supreme Court Justice. “All of our most important values, all of the biggest issues that we face as a country are right now at issue with the United States Supreme Court,” said Hawley.

The race itself has become one of the most watched in the nation, potentially helping to decide which party controls the U.S. Senate.

Hawley said that Missouri is the heart of America, the best of America, and this November it will be Missouri’s choice that determines the future of America.