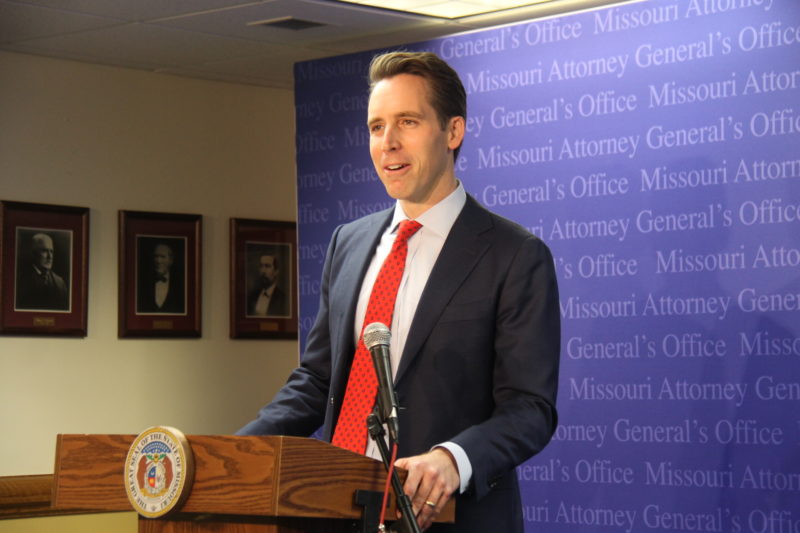 ST. LOUIS — Just one day after the city of St. Louis broke off its tax credit deal with St. Louis Developer Paul McKee and his company Northside Regeneration, LLC, the state’s attorney general filed a lawsuit against him.

Missouri Attorney General Josh Hawley on Wednesday sued McKee and his company alleging that Northside received tax credits in the amount of $4.5 million for redevelopment projects in North St. Louis and kept these credits despite failing to complete the purchase of over $5.2 million worth of properties.

“My Office will not tolerate the abuse of a state tax credit program designed to revitalize communities,” Hawley said in a written statement. “This lawsuit will ensure that any responsible parties are held to account and Missouri dollars are returned where they belong.”

In a press release, Hawley outlined the actions by McKee and his relationship with the city, which led to the filing of the suit.

“In January 2013, the Department issued Northside a $4.5 million credit for its acquisition of numerous properties in the City of St. Louis. Less than six months after receiving and transferring the tax credit, Northside deeded back one of the properties to the seller,” the press release said. “On another property, Northside failed to complete the transaction resulting in the Court giving the original seller an award in a condemnation case. Northside certified that it would notify the Department of any changes to any of the certifications in its application. Instead, it failed to disclose these actions in annual reports and failed to repay the State the tax credit.”

McKee has denied any wrongdoing despite an eminent domain trial earlier this month, which found he inflated sale prices to gain more money in state tax credits. The city of St. Louis, meanwhile, announced its default of contract with McKee Tuesday.

“The recent events surrounding Northside Regeneration’s redevelopment project—a lawsuit filed  by the  Missouri  Attorney  General  and  the  City’s  purported  termination  of  NSR’s development rights—are disappointing, but it is telling that these actions come on the heels of NSR’s real progress for the citizens of north St. Louis.  It should not be lost on those who are interested that the State and City waited until NSR brought a $1.7 billion federal development project, a grocery store and long needed health care to north St. Louis before deciding to take these actions.  NSR understands that others who currently curry governmental favor would now like to capitalize on the opportunities created by NSR. But NSR is confident that Missouri’s courts and citizens will not tolerate such inequity. NSR will respond to the Attorney General’s action in due course, but would like for all to know that any notion that tax credits were misused or did not benefit north St. Louis is false. NSR is confident the claims are without merit and will vigorously defend itself.”