Jack Spooner: Man in the Background 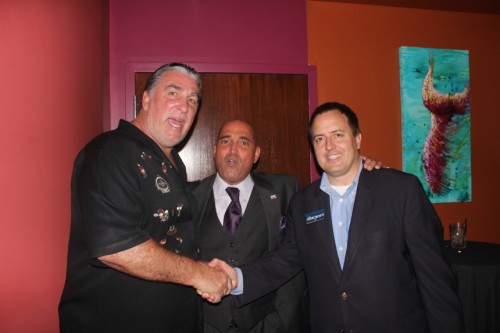 JEFFERSON CITY, Mo. – Jack Spooner has been in the background of Missouri Republican politics for nearly a decade. He was a delegate to the Republican National Convention in 2016, he helped Bill Corrigan run for governor in 2010, then to Dave Spence in 2012. In 2014, he nearly broke out of the background with a race for state senate in 2014 but lost in a Republican primary to Jay Ashcroft.

“When you’re considering runs for office, I always think you have to have support groups,” the political veteran jokes. “It’s a little different.”

Spooner was inspired to become politically active in the 80s. One of his most vivid memories came after the Iran hostage crisis and was frustrated at President Jimmy Carter for making what he saw to be empty gestures.

“I remember being very annoyed with President Carter who was doing nothing to Iran and now was using amateur athletes – professionals were not allowed in 1980 Olympics – many of whom having trained their entire life for this one opportunity, as political chess pieces, in what seemed to me to be a valueless move that only hurt our athletes.”

In contrast, when then-candidate Ronald Reagan joined the political scene, he knew the country was ready for a new style of American leadership. “Along comes the Ronald Reagan presidential campaign. At first, I didn’t pay attention to the former actor and California Governor, but because of current events, I started to pay closer attention, which resulted in getting me involved with politics.”

These events shaped Spooner to pursue his passion for politics, but especially for the law. He founded his law firm, Spooner Law, LLC, in 2008, where he has been able to take on some high profile cases. He represented Aprille, Tony, and Nick Trupiano in 2012 in the city of St. Louis’ case against them. He was also involved in Davidson Surface/Air’s $9.5 million purchase of KV Pharmaceuticals Headquarters.

“I am a civil trial lawyer whose normal day is helping clients obtain desired results, whether by compromise or trial, including navigating through the legal system and using the law to maximize results,” he said. “I take a case because I believe I can help my client. It’s something that I can help with and hopefully make a difference for my client.”

When it comes to politics, he wants to make a difference for Republican candidates as well. He feels a responsibility to help people flourish as much as their shared ideals.

“When it comes to politics, my routine is generally the same, to help others, as I view myself as having an obligation to support and share basic Republican values such as of freedom, faith, family, the dignity of human life, American exceptionalism, lower taxes, limited government, peace through strength, our founders’ wisdom and vision, and belief in the individual.”

Spooner mentions that he may be considering a run for office himself. However, before he does, he mentions there are a lot of factors for him to consider. Among them is the state of the Republican party in St. Louis, in Missouri, and in Washington. Before he runs, he wants to make sure that the time is right for him and for the party.

“Right now, I’m just kicking it around, kicking the tires, trying to stay in the background,” he says.

Even if he doesn’t run, he wants to encourage and support other Republicans’ decisions to run. “I’m trying to help people out in other positions. I strongly believe in supporting the positions from dog-catcher on up. It doesn’t matter. I think it’s important for the party to develop a presence, even at the lowest level of political involvement, to bring people up through the system and get more people involved.”

2,385 thoughts on “Jack Spooner: Man in the Background”