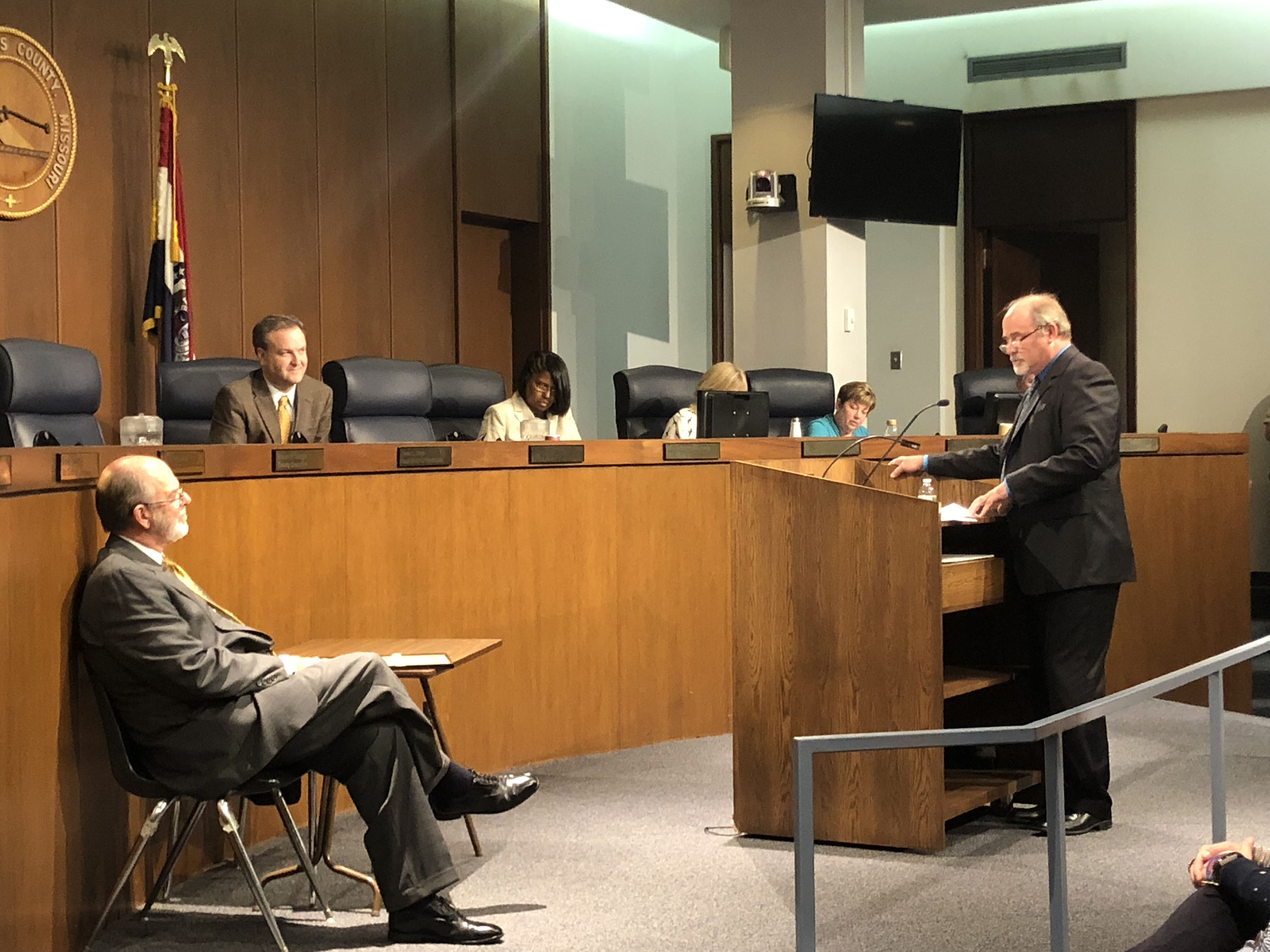 CLAYTON – At the beginning of tonight’s meeting, Councilman Page asked for a moment a silence to honor those affected by Sept. 11, 2001.

The County Council introduced a Resolution to honor Judge Douglas R. Beach, who will be retiring from his position as Presiding Judge for the 21st Judicial Court on Sept. 20. Council Members requested to be co-sponsors on the resolution, which will be officially presented to Judge Beach at a future meeting.

Judge Beach was appointed as Associate Circuit Judge in 2005 by then Governor Matt Blunt. In 2010, he was then moved to Circuit Court Judge by Governor Jay Nixon.

Beach’s colleagues attended the meeting to speak some words on his behalf. He was thanked by the Council Members and his colleagues for his work and dedication over the years.

During the public forum, speakers addressed the County Council asking for a Civilian Oversight Board for the St. Louis County Police Department.

Those who spoke believe that the police cannot investigate themselves and would like the County Council to issue a Civilian Oversight Board in order to ensure that there is an effective relationship within the community and transparency amongst everyone.

Residents do not believe that there is a level of justice within the community but do believe that it can be achieved by having a Civilian Oversight Board.