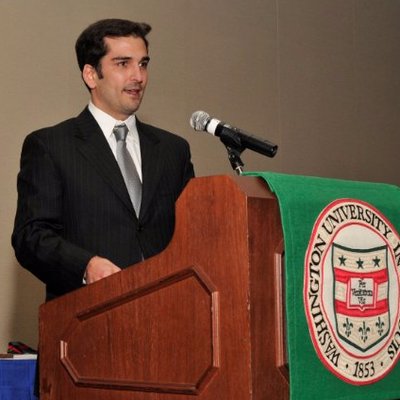 Two St. Louis attorneys seeking to get answers into the use of a message-destroying app by former Gov. Eric Greitens and his staff didn’t get much Tuesday.

Discovery in a Sunshine Lawsuit against the office of the former governor has been limited to whether or not the records exist for the time being.

Cole County Circuit Court Judge Jon Beetem has instructed the attorney’s for the governor’s office, Barbara Smith and Robert Thompson, to draft the order. Mark Pedroli, attorney for Ben Sansone who filed the lawsuit on behalf of the Sunshine Project, will be able to provide comments the order.

The hearing lasted nearly hour, ending when Beetem limited further discover to the existence of the records for the immediate future. But before he made that rule, Beetem also limited Pedroli’s ability to ask questions on the use of Confide to former-Gov. Eric Greitens tenure in office.

Limiting questions to Greitens inauguration and thereafter makes any communications during the transition period, where Greitens was governor-elect, out-of-scope for the lawsuit.

The lawsuit, filed by Pedroli and Sansone, who run the Sunshine Project, alleges that by using Confide, a message-destroying app, the governor’s office may have violated the Missouri Sunshine Law. The alleged wrongdoing is for the duration of Greitens’ tenure as governor of the Show-Me State.

Counsel for the Office of the Governor and Sansone — who filed the open records violation lawsuit against Greitens on behalf of the Sunshine Project — argued a motion to compel in open court. Pedroli, Sansone’s lawyer, is asking to force the Governor’s Office to answer what he calls “basic” questions into the use of Confide.

On December 29, 2017, Pedroli sued the governor and his staff, challenging their use of Confide to hide communications that Pedroli and Sansone say should be made public, according to the state’s Sunshine law.

Attorney General Josh Hawley also opened an official investigation into whether the governor and his staff violated the law through the app.

Hawley’s investigation revealed eight people using the app, with only five using it for government business, but it also found no evidence of any wrongdoing.

Pedroli was persistent, however, asking the former governor and certain staff to answer questions they issued in February and March that were relevant to the case. Since then, Pedroli said the governor has objected and refused to answer the more than 90 questions proposed to him.

That ended earlier this month when a court order by Beetem said the Greitens’ defense had until 1 p.m. on June 1 to submit the names, phone numbers, and Confide account names of everyone, including the governor himself, who had downloaded and/or used Confide, stemming from a lawsuit filed back in December that alleged the Governor’s Office had used the app to get around the state’s open records laws.

Greitens’ office revealed that 19 employees, past and present, downloaded and/or used the message-destroying app on their phones, including Greitens, his press secretary, and legal counsel.

Fifteen current staffers, as well as four former staffers and Greitens himself, had Confide accounts during his 17 months in office. That number is much higher than the number that had been used in the investigation done by Hawley.

3,913 thoughts on “Judge limits scope of discovery in Confide lawsuit to existence of records”