Laborers from around the state rally against right-to-work 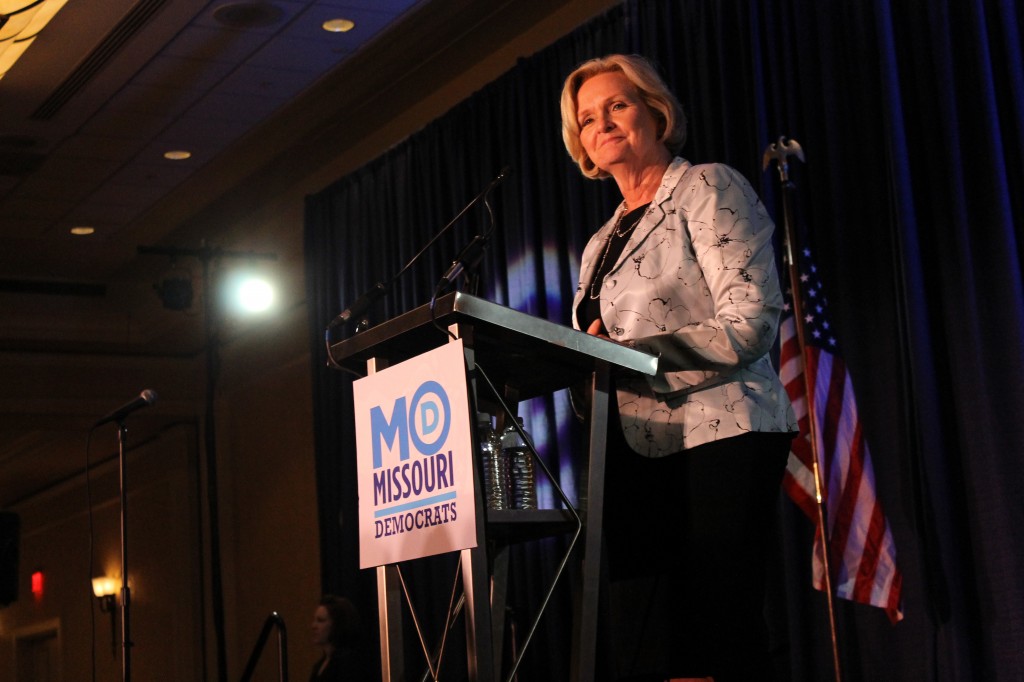 JEFFERSON CITY, Mo. — Several hundred workers from around the Show-Me State gathered in front of the Capitol to show solidarity against right-to-work or right-to-work-for-less, as the labor workers called it.

Bob Voigtmann, an electrician from St. Louis, made the trip because he is against right-to-work.

“It will hurt my wages and the wages of every Missourian,” he said.

Gov. Eric Greitens signed right-to-work, a concept he campaigned on, in February 2017. Labor unions and their supports subsequently gathered the needed to signatures to put the issue to a statewide vote in November 2018. In fact, they gathered nearly three times the number of needed signatures.

“When a union man or woman has a job to do, we do it and we get it done,” said Hummel. He said their job now is to defeat Proposition A on the ballot.

“We can not fail because if we do the people in this building — the people that want to take away our rights, cut our pay, give our jobs to someone else — they won’t let up, they won’t stop,” Hummel told the crowd. “They will keep coming back for you and your families way of life.”

To his point, one individual in the crowd was holding a sign that read “Why are out-of-state contractors working on my Capitol?”

Proponents say that right-to-work will lead to more jobs and higher pay while opponents say it will lower wages and cost the state millions in revenue.

“It is a very simple principle that men and women can join together and collectively have a voice in their wages and their benefits,” said U.S. Sen. Claire McCaskill, the keynote speaker.

“It is the labor leaders that came before you that struggled and fought for a safe working place, for decent wages, for benefits you can count on. It is, in fact, the labor unions in this state that have made the middle class work.

“Only an elitist would think it is a good idea to remove power from the worker. Only someone who is looking to give money to shareholders and not money to families would be in favor of removing the power of the worker.”

She said that they are going to take a stand for Missourians and for those who work standing on their feet and with their hands.

The crowd, which is what Missouri’s labor movement looks like, has never backed down from a fight, according to Walsh.

The right-to-work referendum is currently scheduled for the November election, however, there is a recent push to move the vote up to the August election.

“They actually think if they move this election to August that  all you guys won’t vote in November,” McCaskill said, “this is how little they know about you.”

“We are going to send them a clear message: this is our state,” said Walsh.

This story originally appeared on missourtimes.com

2,375 thoughts on “Laborers from around the state rally against right-to-work”