LETTER: Sen. Bill Eigel has a bridge to sell us. 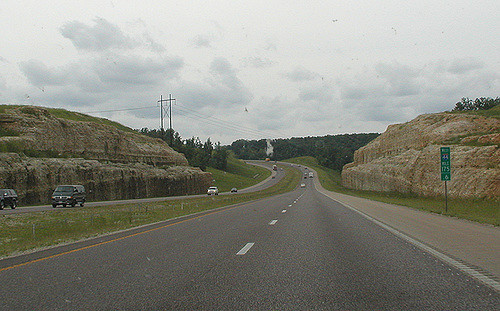 It was disappointing that a publication touting conservative ideas around fiscal responsibility and personal values would choose to run Bill Eigel’s opinion piece so early in its history. Sen. Eigel claims: (1) people don’t want their tax dollars going to pay for roads; and (2) he’s trying to force the state to pay for roads. How can he be proud of that?

If it is actually true that people do not want to pay for roads, then why is he trumpeting his bill forcing people to pay? If he thinks pushing responsibility for roads from the state to county and local governments is the answer, how else can they pay for it but by raising taxes?

Eigel’s piece is replete with mis-information. He contends taxes are higher than “ever before in the history of the state.” However, the State’s budget has dropped over the past 20 years, from 9.1% of GDP in 1998 to 8.6% of GDP in 2008 and is likely to be even less when 2018 numbers are released, particularly if Sen. Eigel’s expected 3.8% growth materializes. If the budget just remained where it was a generation ago, the Jefferson City would be collecting nearly $2 billion more per year in taxes. The facts simply do not support his claim that we are being taxed at the highest levels ever.

Eigel at least admits that more fuel-efficient vehicles mean Missourians are paying less per mile in gas taxes than we have in the past. Currently our gas tax is the 47th highest in the nation, if the goal is more funding for roads, he should not dismiss the option of having our gas tax keep up with the times.

I’m not saying Sen. Eigel is wrong to prioritize transportation spending. As he notes, these projects can come with a hefty federal match. This allows Missourians to benefit from the tax dollars they already send to Washington, while supporting good jobs and economic efficiency throughout the state. What I am saying is it is irresponsible to believe any politician who tells you he wants to spend $2.7 billion of your money and it won’t cost you a dime. When such claims come wrapped in verifiable misstatements, one should be doubly cautious.