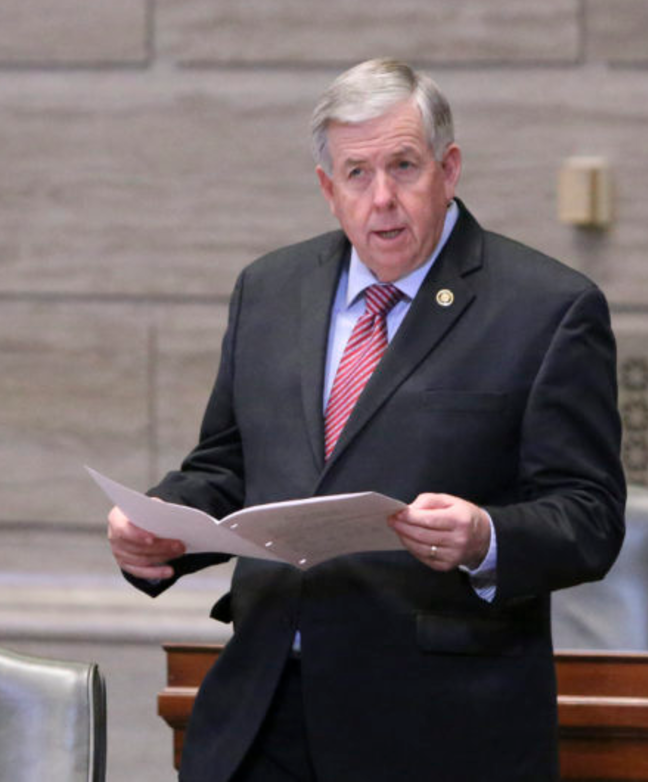 Lt. Gov. Michael Parson, who is chief of the Missouri Senate per the state constitution, is calling on Sen. Maria Chapelle-Nadal to resign following her post on Twitter implying that President Trump should be assassinated. 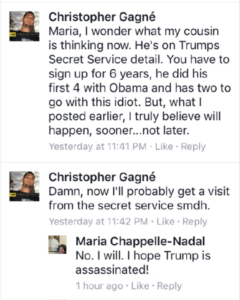 “It is a total disgrace for the Senator to call for the assassination of the President or any elected official,” Parson said. “I believe she should immediately resign from her position, as this is conduct not befitting of a State Senator or a Missourian. I will not sit idly by and let this kind of behavior transpire in our state, especially from members of our government. As a veteran of the armed forces, I was personally offended that a person elected to represent Missourians would call for the assassination of our Commander-in-Chief.”

To read the original story about her post, go HERE.

Missouri Democrats are also calling on her to resign. This statement from Missouri Democratic Chairman Stephen Webber: “Secret Service is investigating. I found the comments abhorrent and agree the senator should resign.”

The situation has only seemed to grow in intensity, as a letter circulated by Rep. Joshua Peters, D-St. Louis, called on Senate Majority Leader Mike Kehoe, the Chairman of the Committee on Rules, Joint Rules, Resolutions, and Ethics, to convene a special committee hearing to consider the censure and removal of Chappelle-Nadal. That committee’s job to look into matters of ethics and the conduct of public officials.

“I believe her conduct to be reprehensible and unbecoming a member of the Missouri State Senate. While many can disagree with the actions or words of an elected official, we cannot tolerate calls for violence nor acts of treason. Even if the individual does not contemplate acting upon their own words, those words can inspire others to violence and acts of terrorism. Elected public officials must exhibit a higher standard of conduct,” Peters wrote. “Her comments have become a source of embarrassment nationally for the Missouri General Assembly and the State of Missouri and the citizens of the State of Missouri.”

“I strongly condemn and disavow Sen. Maria Chappelle-Nadal’s horrible comments. Promoting, supporting or suggesting violence against anyone, especially our elected leaders, is never acceptable,” Walsh said. “There is too much rancor and hate in today’s political discourse, and Sen. Chappelle-Nadal should be ashamed of herself for adding her voice to this toxic environment. Sen. Chappelle-Nadal’s unacceptable behavior has no place in our caucus, the Capitol, or the Democratic Party. Let me be clear, her views in no way represent the constituents of the 14th District or the great State of Missouri.”

Former state representative Sharon Pace is currently running to fill Sen. Chappelle’s vacant seat in 2018, as the Democratic senator will be term-limited.

“The statement didn’t really need to have been made, for one, and it’s disturbing. It puts a dim light on the Party as a whole, and we don’t believe in that type of a statement, or harming anyone,” Pace said. “I’m just shocked it was even said. We have so much hatred going on in the world, and we just need to stop. Enough is enough. I condemn it as well, I don’t condone that type of conversation or that kind of hatred.”

“I refuse to resign for exercising my First Amendment rights, even though what I said was wrong,” she told the Associated Press.

The Secret Service says it’s investigating to see if any laws were broken.

3,962 thoughts on “Lt. Gov. Parson, Mo. Dems, now calling on Chappelle-Nadal to resign over Facebook post about Trump getting assassinated”