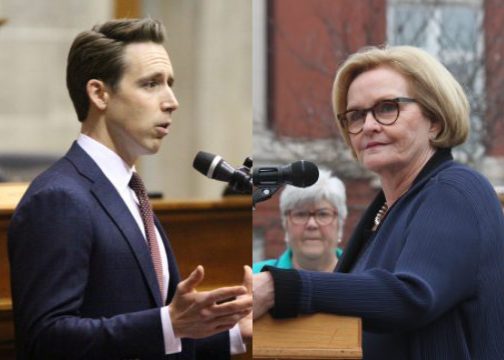 JEFFERSON CITY, Mo. – In the final week before the midterm election, national politicians are headed to the Show-Me State to stump for both candidates the heated race to represent Missouri in the U.S. Senate.

The match-up between incumbent-U.S. Sen. Claire McCaskill and Republican candidate Josh Hawley is one of the most closely-watched Senate races headed into the general election. The November vote has the potential to determine which party controls the majority in the Senate.

Trump will be making his fourth campaign stop for the Missouri Attorney General, this time in Columbia.

On Thursday, Trump will appear at the Columbia Regional Airport at 6:30 p.m. for one of his Make America Great Again rallies. The 45th president has previously campaigned for Hawley in St. Louis, Kansas City, and Springfield.

Pence is scheduled to be in Kansas City on Friday where he will campaign for Hawley, among other Republican candidates. At the rally, he is also stumping for Kansas gubernatorial candidate Kris Kobach, Missouri Congresswoman Vicky Hartzler, Missouri Congressman Sam Graves, and others.

The campaign rally, hosted by the American Conservative Union and Family Research Council Action, will start at 1 p.m. on Friday at the Hy-vee Arena.

Also campaigning for Hawley are Graham and Gardner. The two GOP members of the U.S. Senate are making a stop in Chesterfield. The Monday event starts at 11:30 a.m. at the Double Tree.

On Wednesday, Biden is scheduled to attend a get-out-the-vote rally with McCaskill.

The former-vice president’s stop in Missouri will mark the first national Democrat to rally in the state on with McCaskill.

The event will take place at the Iron Workers Union Local 392 in Bridgeton at 6 p.m. on Wednesday.