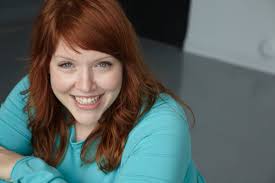 ST. LOUIS – Missouri native, Dana Powell is returning to her home state next week to star in a comedy television series entitled, “Remotely Working.” Known for her work on the Emmy award-winning television series Modern Family and the film Bridesmaids, Powell is excited to be coming to Missouri to play a role that hits home. The series is centered on a group of young professionals that work remotely for a tech company. Powell’s character “Kate” leads the team and struggles to balance the chaos of life, family and work.

Because the script has been well received and won numerous awards, including best script in film festivals throughout the past year, Producer Shannon Michelle (also from Missouri) notes “We know we have something that people are really going to relate to, and it’s hilariously accurate to real life.”

Filming for the SAG pilot will take place in Saint Louis, home to Scott Crosby, Executive Producer and Co-Creator of the Series. “I am proud to film “Remotely Working” in St. Louis, my home town” said Crosby. Filming in at least 6 different locations throughout the St. Louis area, Crosby added, “I want to show off all the city has to offer, the beautiful scenery, unique traditions, food and most importantly, all of the people.” Locations include a beautiful new room in the Curio Collection Hotel at the Union Station, a café in Saint Charles and Medici Mediaspace, a collaborative work community in Overland.

Although many cast and crew members are from Los Angeles, the show has a strong representation of those from or living in St. Louis and MO, including Director Garrett Tripp as well as Producer Andy Meyer. Additional locals include cast several Missouri locals, including 2 current Missouri State University students and a professor who is also coming to action serving as the production’s stunt coordinator. “It is important to me, when I work on films to pull cast and crew from Missouri because there are so many talented filmmakers here.” Stated Producer Shannon, a proud business owner in the Show Me State.