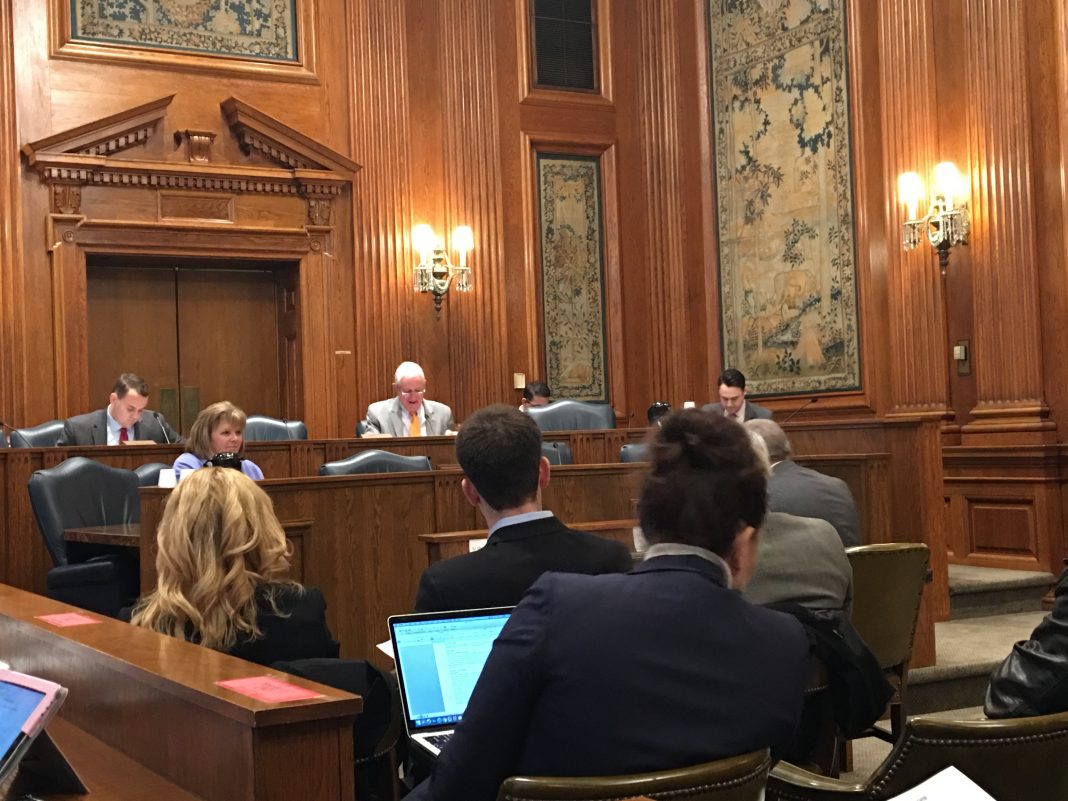 JEFFERSON CITY, Mo. — A number of tax credits are under fire from Republicans during this year’s legislative session, most notably the state’s Low Income Housing Tax Credit (LIHTC) and the Historic Preservation Tax Credit.

Those two items were heavily debated during the discussions of the Governor’s Committee on Simple, Fair and Low Taxes, where they noted a less than desirable return on investment, with the LIHTC program reportedly 42 cents for every state dollar invested.

Sen. Dan Hegeman sponsored the two bills heard during Tuesday’s hearing before the Senate Committee on Local Government and Elections, addressing both tax credits in a manner that had been discussed during the Governor’s tax committee, on which he had served.

SB 590 seeks to modify the Historic Preservation Tax Credit, as well as combining in ideas that had been brought before the legislature before, namely the creation of both a Capitol Complex and Public Building Preservation tax credit.

Under the bill, the Department of Economic Development would lower the cap on the tax credits issued for the rehabilitation of historic structures, not exceeding $50 million. Currently, that cap is set at $140 million.

Hegeman said the cap would save taxpayers a significant amount of money in tax credits, noting that tax credits are paid out before anything else in the budget.

“Where is the appropriate amount of investment on these properties?” Hegeman asked. ‘Do we want to continue doing $140 million there, or do we want to look at doing things for the seniors in in-home care, the seniors in nursing homes, the disabled veterans, and elderly and disabled?”

“I’ve seen my area benefit from this program,” Sen. Gary Romine said. “There is definitely a benefit and a value, no doubt about that.”

It also changes the tax credit by making it discretionary, rather than an entitlement, requiring the DED to consider the merits before awarding the credit.

Not a single person testified in support of the bill, but the opposition for the bill was present, encouraging the committee not to approve a cap that could cut historic project opportunities from

Speaking before the committee, opponents of the cap argued that the program provides for projects in communities all across the state, providing tens of thousands of jobs and producing revenue along the way.

“This program pays for itself,” was the general consensus of the opposition.

“This is changing old warehouses into hotels, schools into innovation and technology incubators, or into senior or veteran housing… we just see the transformation of neighborhoods from crime-ridden neighborhoods that were a drain on communities and bring it back to life,” Jim Farrell, a lobbyist and political strategist who works with preservation advocates, said. “Let’s focus on the end result, the positives coming from around the state.”

The next 45 minutes of the hearing was dedicated to opponents of the bill speaking.

One of the men testifying in the hearing was Randy Schilling, a St. Charles entrepreneur who restored seven historic properties on what was the site of the state’s very first state capitol. His work was noted by President Donald Trump during his last visit to the region.

He now is working on a massive undertaking to restore the Old Post Office as the home for his latest project, OPO Startups.

Schilling told the committee how his properties now pay more than $100,000 in annual property taxes, which he says was only possible because of the historic tax credits.

The next portion of the hearing concerned SB 591, which also places a $50 million cap on the LIHTC program.

Just a few weeks back, the Missouri Housing Development Commission voted to eliminate the funding for the LIHTC program in FY 2019, with Governor Eric Greitens leading the charge with his call for “No. More. Giveaways.”

Hegeman, however, hopes that his bill can help get the program back on track.

“We need to get this program jumpstarted again, to get this low-income housing program back up and running again,” Hegeman said. “This issue is stalled out right now. We need to have that discussion and I’m happy to facilitate that.”

“This is important to keep this intact,” Sen. David Sater said.

Supporters argue that LIHTC is not an economic development program, but is a social program, saying there are a lot of great social benefits to this program.

They also argued that the REMI model should not be used to figure the return on investments, as it’s not an economic development program. They argued that the 42 cent return wasn’t accurate, with one group stating that it’s closer to 59 cents on the dollar.

The one thing that seems to be a key component from both sides is that the REMI model is not cutting it, with many saying that some sort of common model is needed to better evaluate projects.