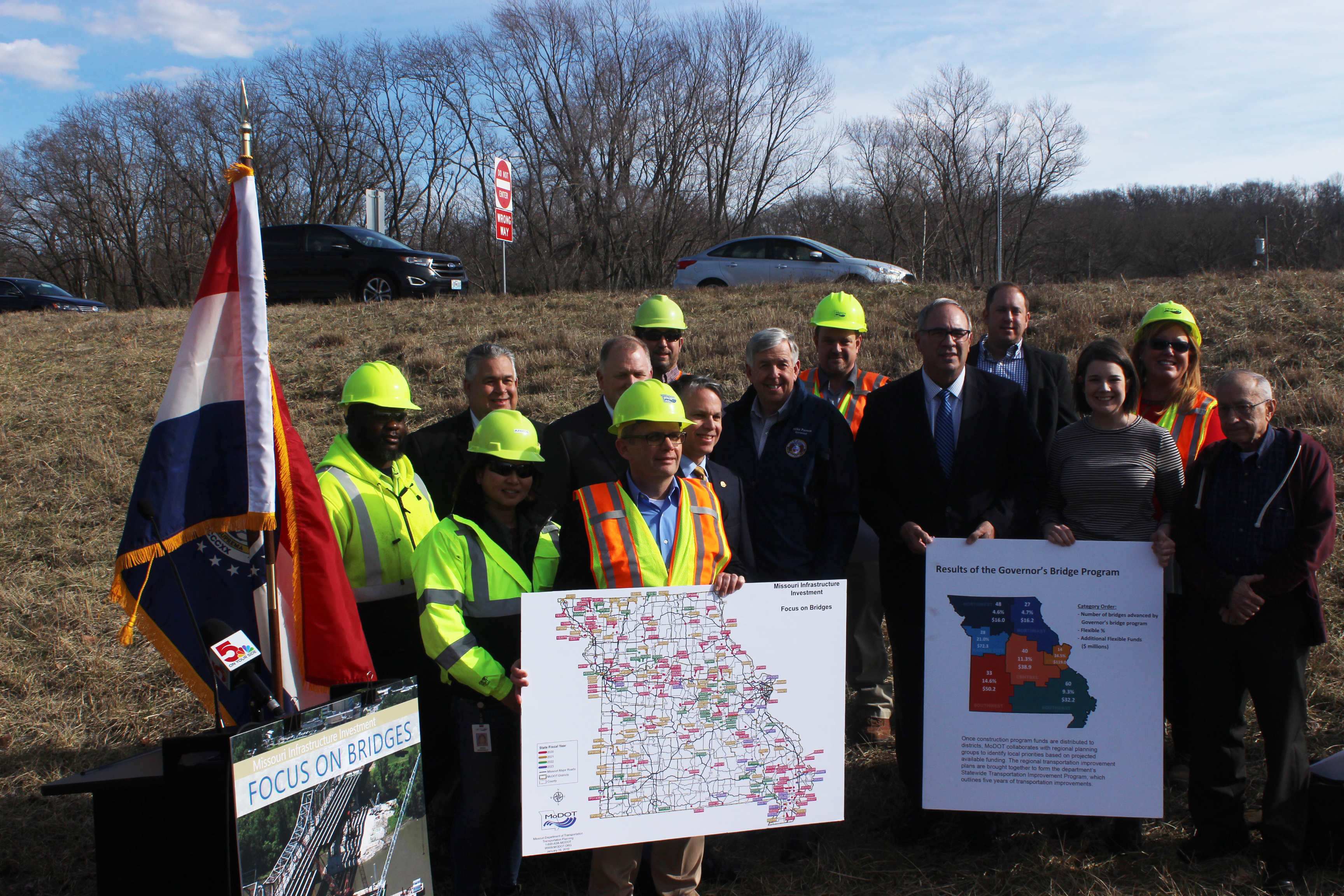 FENTON, Mo. – Missouri State Governor Mike Parson is visiting five of the 250 bridges that are scheduled for immediate repair or placement on the basis of it the Missouri General Assembly passes his administration’s proposed funding program.

The program was first outlined by Parson when he delivered the State of the State address in January.

On Thursday, Parson visited the Route 30 bridges and the Gravois Road culvert over Saline Creek located in Fenton, Mo., as part of his ‘Focus on Bridges’ proposal. He was joined by the Missouri Department of Transportation; Josh Voyles, mayor of the City of Fenton; Dennis Gannon, Jefferson County Executive; Senator Paul Wieland and Senator Dave Schatz.

According to the Show-Me State’s Infrastructure Investment, there 922 bridges that are in poor condition throughout the state. Parson’s proposal would accelerate the repair or replacement of 250 of those bridges and in turn, would free up funding for additional transportation projects across Missouri.

“The people wanted a solution without us having to raise taxes in the state and that’s exactly what we did,” Parson said. “We’ve come up with a bonding plan to be able to do 250 bridges across the state of Missouri at a value of $350 million. I think it’s also important to say that this five-year plan, a plan that has been put together by regional partners…the projects in the more urban areas are now going to go up so that they can be done quicker and faster.”

The Focus on Bridges proposal will allow the Missouri Department of Transporation and the Office of Administration to enter into a financing agreement to fund the bridge projects – these bridges are already programmed for repair or replacement in the state’s five-year construction program.

The proposal is set up to supplement existing transportation revenue with the general revenue to pay off debt. It also calls for the bond proceeds to be deposited into the State Road Fund, which means the funds will be constitutionally protected and regularly audited, ensuring they are only used for state road and bridge projects.

“The Governor’s plan is an important step to address our state’s critical infrastructure needs,” Schatz said. “I’m proud to sponsor his bold proposal.”

Accelerating the projects in addition to freeing up additional funding for statewide transportation projects will create jobs throughout the state as well as boost the state’s economy.

“Safe bridges and infrastructure are critical for growth in the St. Louis region,” Voyles said.