The St. Louis County Police Department is looking for two unknown black males who reportedly were armed when they robbed a Phillips 66 in Jennings around 1:10 p.m. Wednesday, July 26. 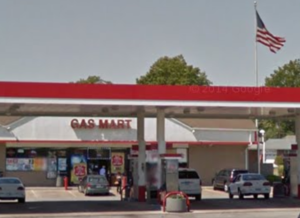 Officers responded to the call from 9301 Lewis & Clark, where witnesses said the two men walked into the gas station, armed with handguns, and demanded money. The suspects escaped with an undisclosed amount of money; no injuries were reported on the scene.