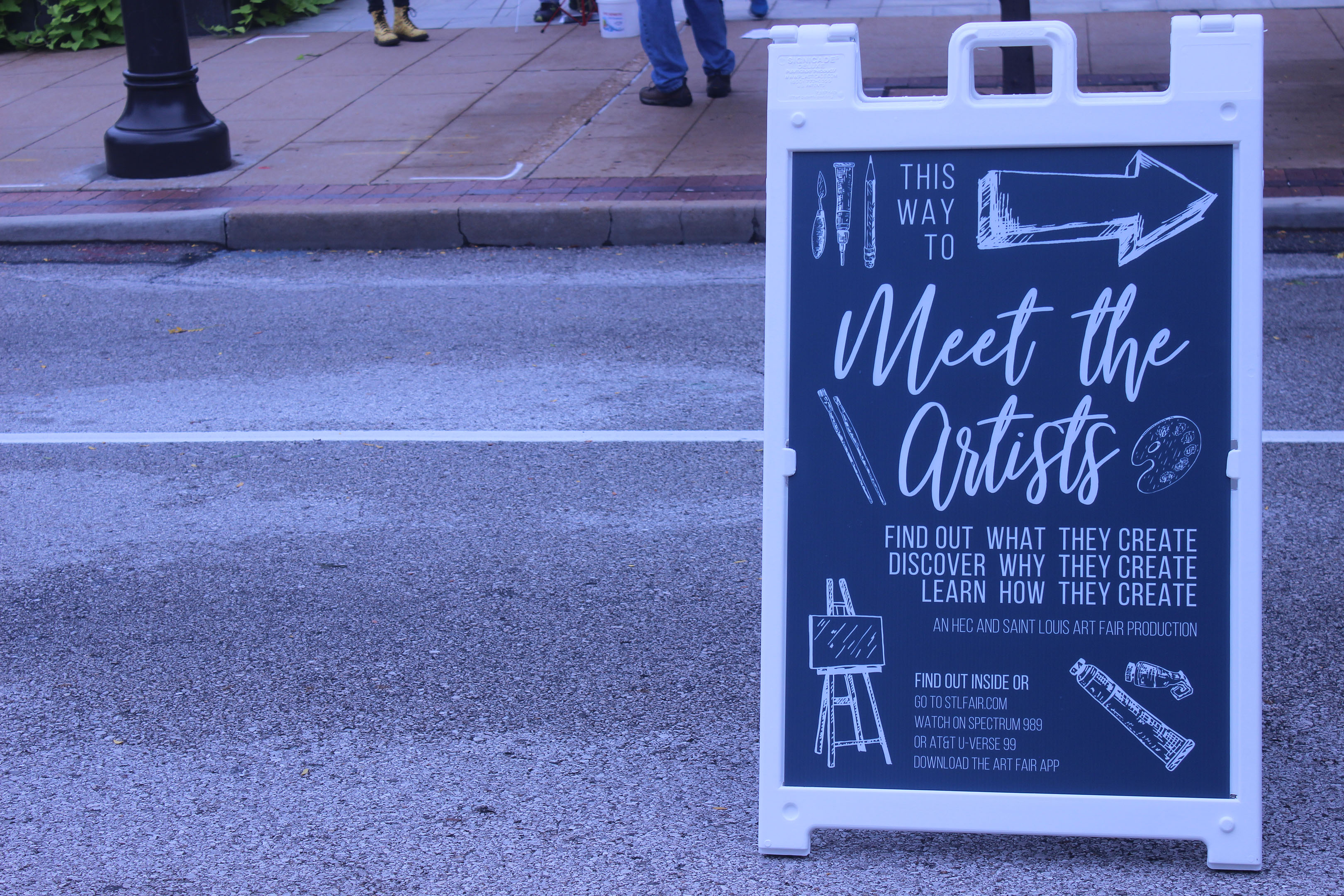 CLAYTON – The Saint Louis Art Fair celebrated its 25th Anniversary Sept. 7th through 9th in downtown Clayton with the theme of Perpetually in Motion. Despite the rainy weather, attendance was still big amongst artists and collectors. 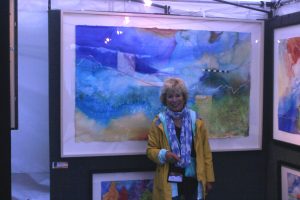 Steen, from St. Louis, works with Mixed Media, predominately watercolors, but also lots of collages and sometimes pastels. She first started working with oils when attending art school, but later moved to watercolors after having children.

Steen has participated in the fair since it began 25 years ago.

“They used me for the Steering Committee,” said Steen. “I was a traveling artist, so I was able to give Ben and Susan facts on the process of setting up and tearing down.”

Steen said that the founders have always been accommodating to the artists and their different needs during the fair. She also said that artists from all over try to be part of the fair because of how well they are treated.

“It’s the best show in the country,” said Steen.

Friday evening’s festivities were cancelled due to the weather. The Saint Louis Art Fair officials issued a statement on their social media outlets saying:

“St. Louis Art Fair officials have learned of a potentially problematic round of weather coming from the south, heading into the St. Louis area. As a result, we have made the decision to close the Saint Louis Art Fair for the rest of the evening. Art Fair officials have notified artists, staff and volunteers of the closure and proper safety measures are being taken. At the current time, we plan to resume the Saint Louis Art Fair at its scheduled time on Saturday, September 8th at 11:00, but will continue to monitor the weather overnight and tomorrow, working closely with the City of Clayton as we prioritize the safety of all.” 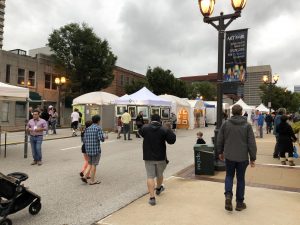 The festivities were able to resume Saturday and continue through the course of the evening and next day. Sean Smothers, President of Cultural Festivals, said that Saturday was significantly better in terms of attendance compared to Friday, but Sunday was the shining star of the whole weekend.

“Several artists told me that Saturday was a record day,” said Smothers. “The public was not afraid of the weather, they wanted to get original pieces and speak with artists.”

When discussing the impact of the crowds that the fair brings, Smothers said, “Hotels sell out and restaurants are packed. Folks recognize Clayton as a community and St. Louis as a place of art. Clayton was a shining star this weekend.”

There were many different interactive aspects to the fair including the arts and crafts booths for children, Jeffrey and Carl Zachmann’s booth with kinetic and gear sculptures, and the Underground Circus Company’s acrobatic and dance “extravaganza”.

The Saint Louis Art Fair brings such an economical, social and cultural impact to the St. Louis region each year, allowing the community to strive. It is an event that is great for all ages with its array of vendors and activities provided.