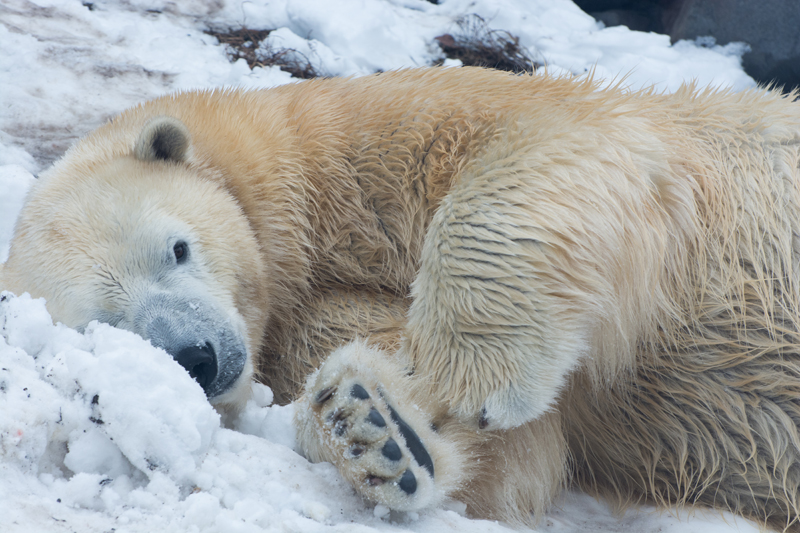 The Saint Louis Zoo announced on Friday that they will be celebrating the bears at McDonnell Polar Bear Point from 10:00 am to 2:00 pm.

For the last 30 years, the Saint Louis Zoo said that scientists have documented a “dramatic” decrease in the Arctic sea due to the rising temperatures. The ice trends predict not only a reduction in ice coverage for the next 50 to 100 years but also the potential loss of all polar bears near the end of the century.

“While the bears’ situation is troubling, observing Polar Bear Day is a great opportunity to harness the love we all have for these animals by coming together to make a big difference for the bears,” Louise Bradshaw, Fred Saigh Director of Education at the Saint Louis Zoo, said.

According to the Zoo, sea ice is essential to the bears to hunt seals on ice floes or near breath holes since they are not fast enough swimmers; the bears stalk and ambush their prey on the ice.

The climate change not only affects the polar bears but the people who live with them too. The Zoo works closely with many Alaska Native villages to create journals by individuals who have “extensive, direct and relevant” experience with the bears, as well as the effects of change in climate and the environment.

Video journals can be seen at Polar Bear Point and on the Zoo’s website.

“We need to realize that all living things and ecosystems are interdependent and that ice is a necessity for polar bear survival,” Steve Bircher, curator of mammals/carnivores at the Saint Louis Zoo, said.

For International Polar Bear Day at the Zoo, visitors will have the chance to learn about polar bears and their role in their Arctic habitat, take pictures at a designated selfie station and create their own bear-shaped pollinator seed paper which they can plant at home.

Zoo educators will also be providing activities to raise awareness and understanding of the impact that humans’ daily actions have on the Arctic and polar bears’ sea ice habitat and the daily ideas on what can be done to help. In addition, Zoo ALIVE (Active Leaders in Volunteer Education) teen volunteers will be at their #byetobags booth to demonstrate the need for reducing plastic bag use in order to protect ocean animals and the environment.