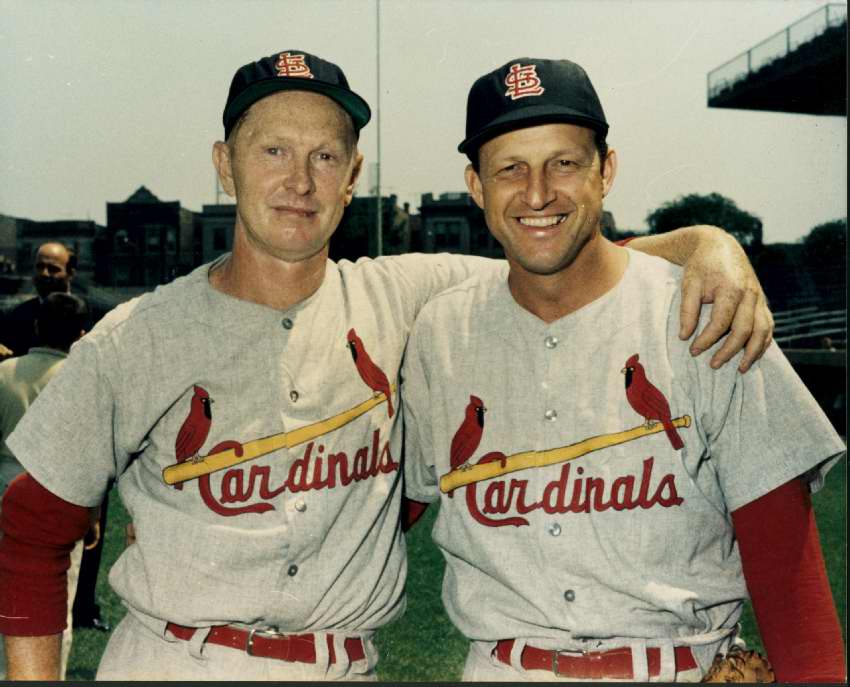 The St. Louis Cardinals announced that the family of Albert “Red” Schoendienst has made the following funeral arrangements for the Cardinals Hall of Famer.

The funeral Mass will be held at the Cathedral Basilica of Saint Louis, at 4431 Lindell Boulevard in St. Louis, on Friday, June 15th at 10AM.  The Most Reverend Robert J. Carlson, Archbishop of St. Louis will celebrate the Mass.  The funeral Mass is open to the public.

Cardinals Chairman and Chief Executive Officer Bill DeWitt Jr., President of the National Baseball Hall of Fame and Museum Jeff Idelson, and Cardinals Broadcaster Mike Shannon will be joining Colleen Schoendienst in offering tributes to the beloved baseball legend who was part of the Cardinals family for over seven decades.

Reporters wishing to cover the service will be allowed inside the Cathedral Basilica during the Mass and will have reserved seating, but no photography, video, social media coverage, or interviews will be allowed inside the Cathedral Basilica.  The St. Louis Post-Dispatch will provide pool photography coverage.  Out of respect, there will be no access to the family and friends of Red.  Media should enter through the handicap accessible entrance on the West side of the Cathedral and present their professional identification to the usher, who will then escort them to the pews reserved for media.

Instead of flowers, contributions may be made to BackStoppers; Catholic Charities of St. Louis; Delta Gamma Center for Children with Visual Impairments-St. Louis; or Great Rivers Habitat Alliance.  The team has set up a web page at cardinals.com/red to honor Red and allow fans to share their personal tributes and condolences to Red’s family.  Fans who are not able to join the family at funeral Mass, may watch the entire service live on cardinals.com and share messages of support on social media with #LoveRed2.