St. Louis County Council continues on a path of progress 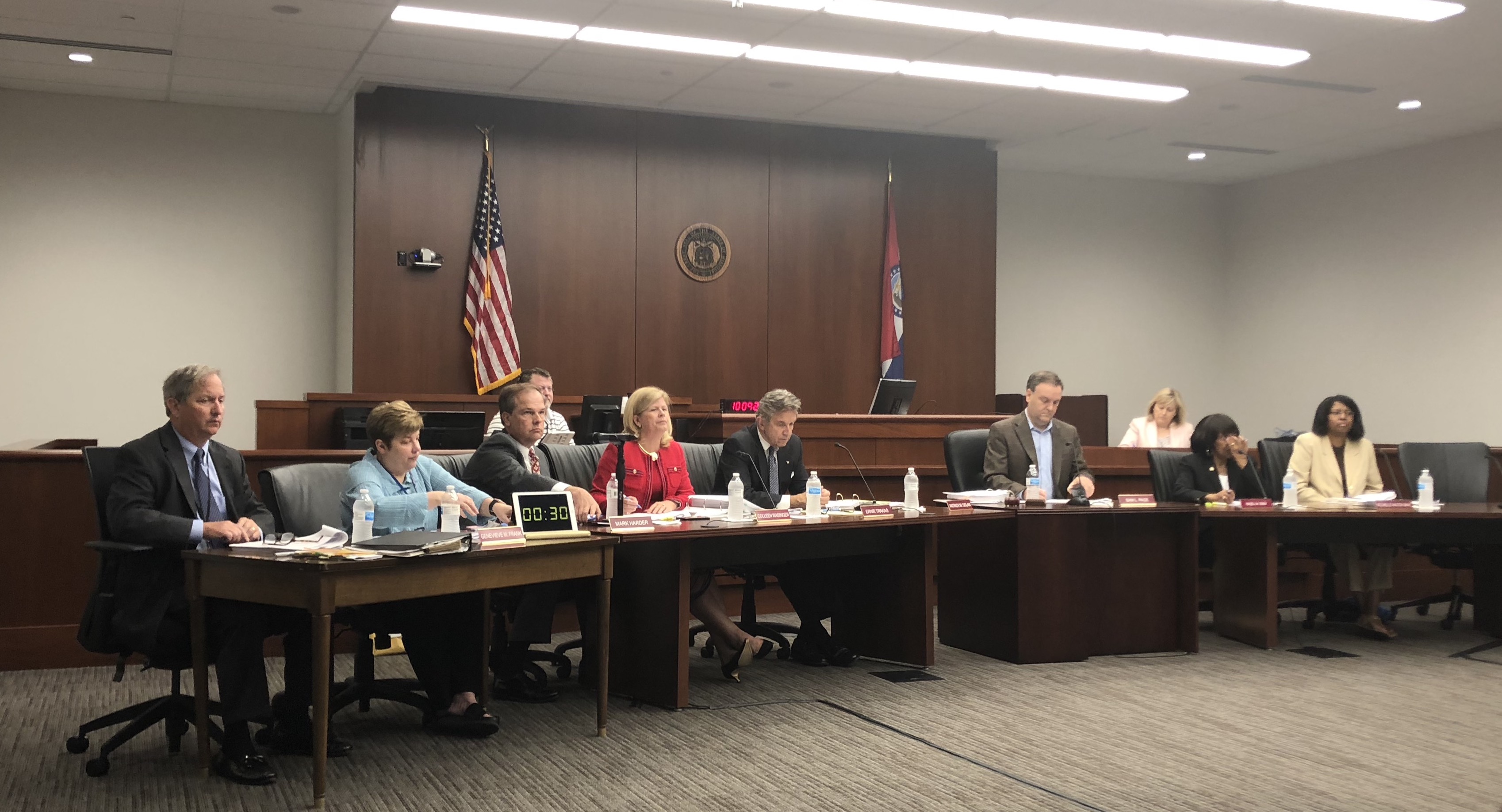 This week the County Council met at 10:00 Tuesday morning. The meeting was held in the large ceremonial courtroom at the St. Louis County Courthouse. The location and time change was made due to a prior reservation of the County Council Chambers for another event.

County Executive Steve Stenger and Councilman Pat Dolan were not in attendance for this week’s meeting.

During Public Forum, authorization of Bill No. 201 was brought up by county residents and veterans. This bill regards the execution of a contract with County Executive Stenger and The United States Department of Veterans Affairs with the sale and lease of 33 acres located in Sylvan Springs Park for the Jefferson Barracks Military Post. The bill was moved to be perfected.

One resident of Jefferson City, who grew up in St. Louis County, quoted Thomas Lynch saying, “a good funeral gets the dead where they need to go and the living where they need to be.” The resident also informed the County Council Members that of all the veteran cemeteries, Jefferson Barracks is the number one most used cemetery for veterans that live nearby.

Speaker, Gary Best, informed the Council that this has been a debate for several years with meetings and online surveys. “Over 2500 people and 60% favor the sale of 33.4 acres to allow burials until 2038,” said Best. With the land at Jefferson Barracks now, they will run out of burial space in 2021 unless this land is given to them. “The land was sold as a park in the 60’s, we’re just giving the land back to the government,” said Best.

Mike LeBlanc, American Legion 10th District Senior Vice Commander, also spoke about the authorizing of the bill. He applauded the County Council Members for allowing a Public Forum and told them to always keep it. “It’s important to hear what the people have to say,” said LeBlanc. LeBlanc also asked Councilman Harder to stand up and receive a pendant from the 10th District, thanking him for his work and dedication.

Two members of the corrections and justice services staff went to the podium to thank the Council Members, specifically Councilwoman Erby, for coming together and agreeing on “a reasonable conclusion for the 55 justice services employees,” said Kerah Braxton.

Councilwoman, in turn, thanked Braxton and the rest of the justice services employees for coming week after week to talk before the Council. She then acknowledged that it was all of the Council Members actions, not sure hers. “We met and reached a tentative agreement. We should have something to give you next week,” said Councilwoman Erby.

“It is Ms. Erby and her leadership that got this done,” said Councilman Ernie Trakas.

The meeting ended with a moment of silence for St. Louis County employee, Craig LeFebvre, who was killed last Tuesday evening at the MetroLink.

The County Council will meet next Tuesday at its usual time and place.