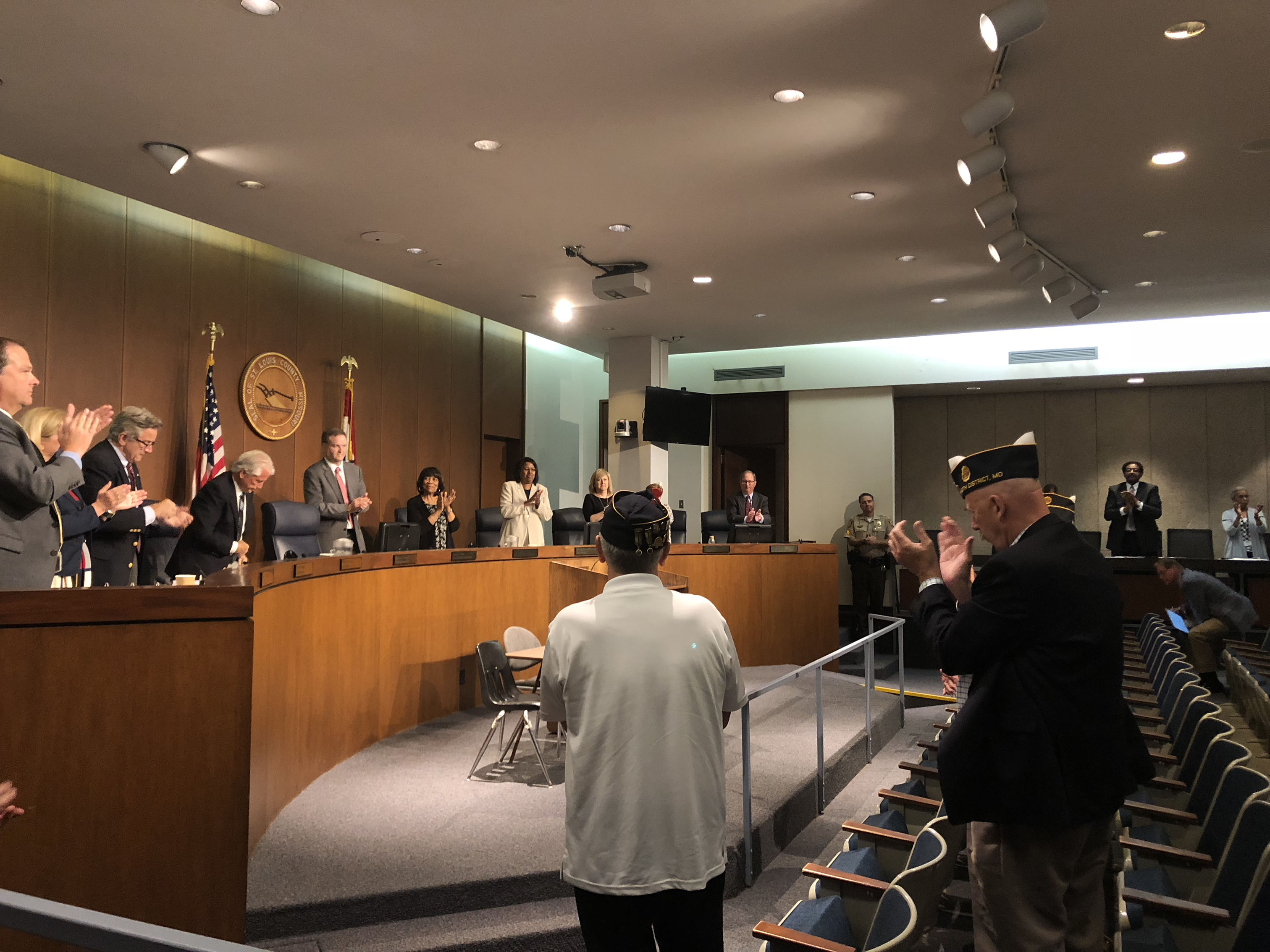 CLAYTON – The St. Louis County Council met Tuesday evening at its usual time and place. Public Forum Speakers came up to thank Council Members for the work and dedication they put into the proposal for Jefferson Barracks, Bill No. 201.

Bill No. 201 was introduced by Councilman Trakas. The ordinance states that the bill authorizes “the County Executive to execute a contract with the United States Department of Veterans Affairs for sale and lease of approximately 33.64 acres of land located in Sylvan Springs Park.”

Resident Mike LeBlanc stood up at the podium to once again thank the Council for their actions on Sylvan Springs Park and working towards awarding the land to Jefferson Barracks National Cemetery.

“I would also like to applaud the parks department,” LeBlanc said. “Whenever they are asked, they always come through.”

Jefferson City resident, Don Otto, also stood at the podium to address the Council Members. “It is very refreshing to see the Council work to better help the county,” said Otto. 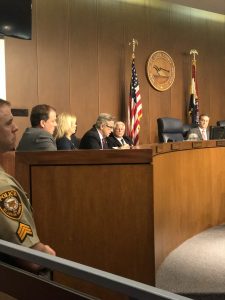 When the final passage of bills reached Bill No. 201, Councilman Trakas asked to speak a few words before moving forward to have the bill voted on. Councilman Page awarded Trakas’ request.

“The cemetery was established after the Civil War in 1866. Both Union and Confederate soldiers are buried there. The Barracks was also a military post cemetery beginning in 1826, which is why you will find within its confines graves that predate the Civil War,” said Trakas. “Jefferson Barracks is the oldest operating military installation west of the Mississippi River. The Barracks was an active military garrison from 1826 to 1946, 120 years.”

Trakas went on to explain the history of Jefferson Barracks and named the many warriors of our country that either began their military careers there or were stationed there. Whether they were Generals that later became President or young Officers that became Generals.

“Impressive as it is, that list pales in comparison to the thousands of unsung warriors whose final posting is Jefferson Barracks,” said Trakas. Councilman Trakas then told the stories of Lt. Michael Blassie and SGT. James Oden and the service they did for our country.

Trakas was emotional during his speech when speaking about Lt. Blassie and SGT. Oden.

“Ironically, General Hap Arnold conferred a citation of honor on SGT. Oden,” said Trakas. “General Arnold’s words are applicable to all who rest in Jefferson Barracks. In part, the citation reads: ‘He lived to bear his country’s arms. He died to save his honor. He was a soldier and he knew a soldier’s duty. His sacrifice was so that millions, yet unborn, know the priceless joy of liberty.’”

“Today we are offered the opportunity to add to this hallowed ground by conveying to the Department of Veteran Affairs a portion of Sylvan Springs Park for the expansion of the Jefferson Barracks National Cemetery,” said Trakas. “It would seem that this decision would be an easy one. But the great thing about our democracy is that the people have a right to be heard, to protest, and voice opposition to proposed actions of their government. Such has been the case in the sale of Sylvan Springs Park.”

Trakas explained that the Council Members have heard from both sides about the selling of the land to give to Jefferson Barracks. He said that it is ironic that the people who have protested against the sale are able to do so because of those who have fought to defend that very right to protest.

Roll call was conducted, during which Council Members Wasinger, Gray, Dolan and Harder took a moment to both thank Councilman Trakas for his words as well as the Veterans for their work and dedication to the country.

County Council Members voted and passed Bill No. 201 with a standing ovation.