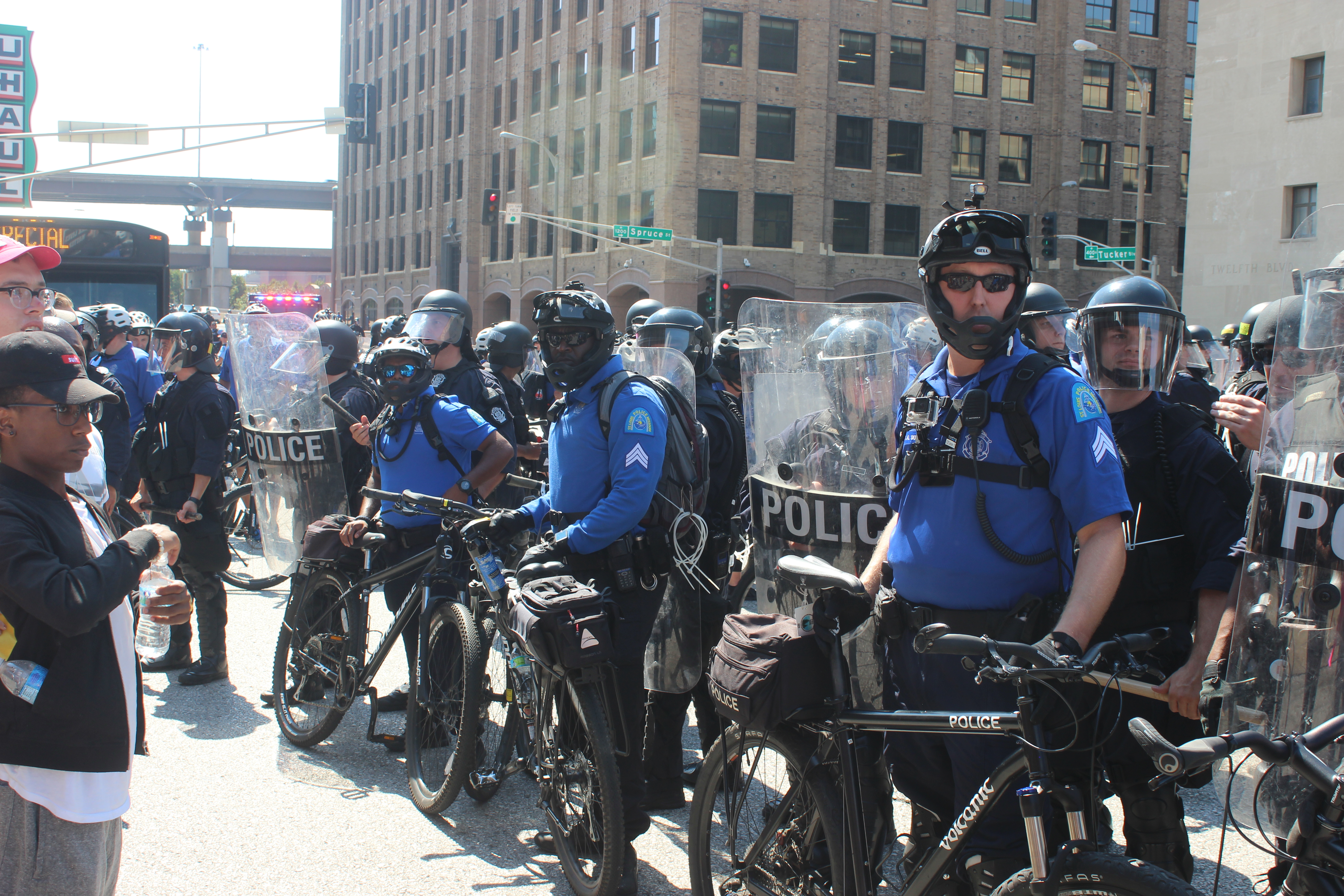 In conjunction with the St. Louis Police Wives Association (SLPWA) announced that they were accepting donations today in support of police officers responding to the civil disobedience that has erupted in St. Louis in the wake of former police officer Jason Stockley’s acquittal on Friday. 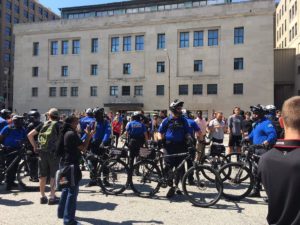 Donations of water, sports drinks, soda, non-perishable food items, and personal hygiene items are welcomed and encouraged. However, organizers of the donation drive were quick to point out that the big need is financial donations. The police wives have prepared and served over 4,000 meals since the mass protests began on Friday. As civil disturbances and anti-police violence wage on into a fourth day with no end in sight, the need for money to purchase food for meals and to provide assistance to injured officers has grown to crisis proportions.
Jeff Roorda, Business Manager with the SLPOA summed it up in stark, succinct terms, “the cupboard is bare.”
Roorda said that cash contributions, preferably in the form of checks, could be made out to the Shield of Hope, a Fraternal Order of Police charity, and that such donations are completely tax deductible.