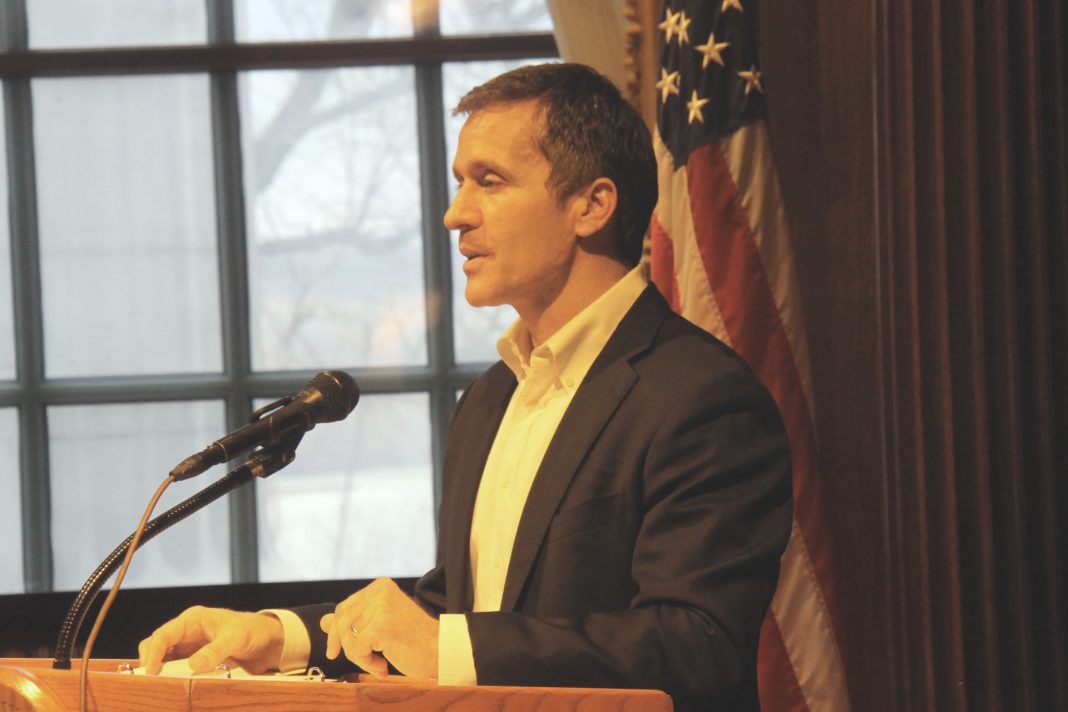 JEFFERSON CITY, Mo. — As the circle continues tightening around the embattled governor of Missouri, it seems that some of those most closely tied to Gov. Eric R. Greitens are jumping ship to distance themselves from the tumultuous times the Governor is facing.

The Mission Continues, a charity organization started by Greitens in 2007, released a letter this week following news that Missouri Attorney General Josh Hawley’s office would be opening an inquiry into the charity, and it seems that the nonprofit might not be so pleased with the Republican governor right now.

Greitens left the charity in 2014, and two years later, was elected to the office of governor, but not before questions concerning his ties to the charity arose.

The Associated Press reported in October 2016 that Greitens had raised more than $2 million for his campaign from donors or entities that had also contributed significant amounts to The Mission Continues, and obtained a charity donor list.

The Mission Continues reports that in November of 2016, it was notified by the Missouri Ethics Commission that the Greitens campaign had allegedly used a donor list for political purposes.

Greitens denied that they had been working with a donor list during the campaign.

After a complaint was filed with the Missouri Ethics Commission, and Greitens had won the general election, he settled with the commission, acknowledging that the campaign did, in fact, receive a donor list and did not report it on a disclosure form.

As part of the deal, the campaign revised its filings to show that former campaign manager Danny Laub contributed the list as an in-kind contribution. The campaign was fined $1,000 but only required to pay $100.

But the recent allegations against the Governor, involving an extramarital affair and alleged blackmail, as well as a probe into his office’s use of a text-deleting app, have sparked more suspicions, leading to several investigations and inquiries at various levels of law enforcement.

One of the latest related to the Governor is the AG’s inquiry into The Mission Continues.

“The Attorney General’s Office has an open inquiry into the charitable activities of The Mission Continues, pursuant to the AGO’s enforcement responsibilities under the consumer protection and charitable registration and reporting laws,” Loree Anne Paradise, Hawley’s chief of staff, said in an email to the St. Louis Post-Dispatch.

And since the news of that inquiry, the nonprofit has since responded with a letter.

“We want to take this opportunity to speak directly to you about concerns raised regarding the unauthorized use of our resources for Eric Greitens’ political activities. Perhaps the most disappointing aspect of the Greitens campaign’s action is the disruption it has created. It distracts from the work you and our team have done together to serve communities and veterans,” the letter, signed by Spencer Kympton, President of The Mission Continues, reads.

The letter goes to state that The Mission Continues did not “provide, nor authorize any use of, our donors’ information” to the Greitens campaign. It also says that the list in question seems to have been transmitted without their knowledge or permission.

Kympton goes on to say that they had not been contacted by the Attorney General’s Office regarding the inquiry, but “if contacted, we will work to support the attorney general’s inquiry regarding the misuse of our resources by the Greitens campaign.”

3,703 thoughts on “The Mission continues looks to distance themselves from founder and embattled Governor”