Wagner endorsed by IAFF and Fraternal Order of Police 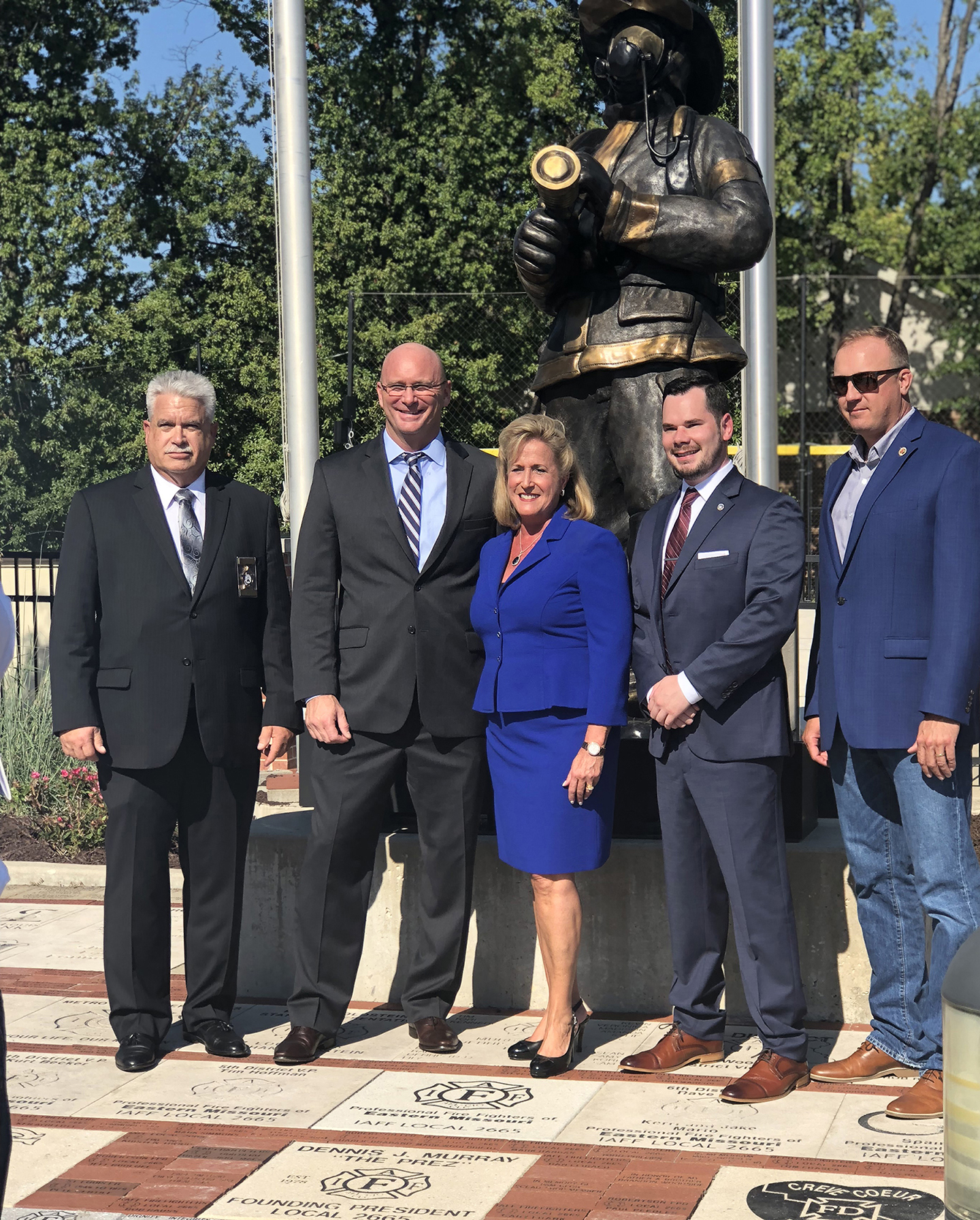 ST. PETERS – Congresswoman Ann Wagner makes it her duty to support and protect the first responders and their families each and every day.

Patterson noted Wagner’s track record of success on working to protect the citizens and community.

“Most recently with the passage of a bipartisan supportive bill to fight online sex-trafficking,” said Patterson.

Patterson said that Wagner went up against tech companies and never backed down in order to fight for the victims of sex-trafficking. He said that her hard work in Washington D.C. is keeping the people here in Missouri safe.

“Not only a fierce legislature,” said Patterson. “Congresswoman Wagner and her family are strong supporters of several first responder charities, including The BackStoppers.”

Patterson said that because of the hard work that Wagner has put in, he has the privilege to stand today with his brother and sister firefighters to announced the support of their friend, Congresswoman Ann Wagner.

“Let’s all work together,” said Patterson. “And send Congresswoman Wagner back to Washington D.C. to continue to fight for Missourians.”

Kurt Becker, with IAFF, also spoke on the “wholehearted and enthusiastic endorsement” of Wagner for Missouri’s Second Congressional District.

Becker said that it is a privilege for him to be able to call Wagner a friend.

“Like any true friend,” said Becker. “When Ann says she’s got your back, she means it.”

Wagner said that it is her solemn responsibility to have the backs of the first responders, firefighters and police officers. She said that it is the least that she can do, for all that they do for the community.

“I am inspired,” said Wagner. “By you and your wonderful families every day for the service and sacrifice that you give.”

Wagner said that she is truly humble to accept the support from the IAFF and and St. Louis County Police Association.

“I pledge to continue to serve them and their families,” said Wagner.

Wagner and her family do a lot of charitable work within the community. She believes that it is her solemn duty to do so.

“We do whatever we can to help first responders, firefighters and police officers,” said Wagner. “We believe so strongly in them.

Wagner said that it was the idea of IAFF and the Fraternal Order of Police to have the endorsement event. She said that it shows a strong statement of support of the legislature and it is a testament of community with thousands standing tall across the community.

“It sends a message to the community about how the community comes together,” said Wagner. “Whether you’re Republican or Democratic, whatever you are, you should be standing tall with the first responders.”

Wagner was born and raised here, she raised her family here and she believes that it’s only right that she would support this community.

“I have their back,” said Wagner. “And I am honored that they have mine.”

Wagner said that she looks forward to debating with her Democratic opponents and talking about the important issues.