What voter-approved Clean Missouri changes and does not change 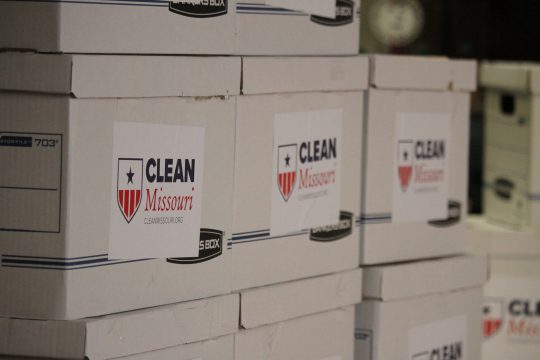 JEFFERSON CITY, Mo. — At the start of November, Missourians overwhelming decided to overhaul the current ethics system in the General Assembly and replace it with significantly more stringent limits.

Most of the changes made by Amendment 1, backed by the campaign committee Clean Missouri, will go into effect on December 6, 2018. One of the more controversial provisions within the measure will not be utilized until legislative districts are redrawn after the 2020 U.S. Census.

There is already talk of a potential battle in the courtroom and possible scrutiny in the General Assembly in the upcoming years. A campaign committee has also been formed to consider a revised redistricting measure on the 2020 ballot.

But what does the passage of Amendment 1 mean for lobbyists, lawmakers, and the average Missourian?

For lobbyists, lawmakers, and Missourians, the new regulations will affect all communications within the General Assembly and the makeup of the legislature following the next redistricting.

A provision within Amendment 1 expands Missouri’s open records and retentions laws to include members of the state House and Senate.

Lawmakers though the years have maintained that their individual communications were exempt from Missouri’s Sunshine Law — which allows members of the public to request records from any public governmental body.

The constitutional change could give the public a glimpse into the inner working of the legislature, including lobbyist communications and how lawmakers meet the needs of their constituents. But, it is emails between legislators and constituents that has fueled the argument for keeping those records private for several years.

Before the passage of Amendment 1, some lawmakers said that their constituents’ emails with problems that can be very personal and sensitive and those shouldn’t be available for everyone to view.

“Constituents now face reality that all their personal issues will be made public,” tweeted Rep. Jean Evans. To which, another Twitter user replied, “A veteran needing something in government fixed to help with his benefits should expect privacy.”

Proponents of the legislation pushed back on that narrative, saying all other elected officials, from the governor to city councilpersons, have been complying with the law since it was enacted 45-years-ago.

“There are protections built into the Sunshine Law,” said Ben Singer, communication director for Clean Missouri, the campaign backing Amendment 1. He noted that sensitive information in emails can be redacted or withheld.

The other highly controversial provision within the amendment related to the changes to the way legislative maps are drawn. The changes laid out in Amendment 1 for redistricting is a multi-step process involving members of both parties and input from the public.

Under Amendment 1, a “non-partisan state demographer” would draw the state’s legislative districts following the completion of the 2020 U.S. Census. Individuals would apply to the state auditor to be the demographer and then the auditor — currently Democrat Nicole Galloway, who was just elected to a four-year term — would submit a list of at least three names to the Senate.

If the Senate majority and minority leaders agreed on one of the names submitted, the process would end there and that person would become the demographer. If the two party leaders disagreed, they would each be able to take names off the list before the demographer would be picked through a lottery system.

Any Missourian that has served in a partisan, elected position within four years of applying to be the demographer is not eligible for the position. And the selected demographer is barred from holding office as a member of the general assembly for four years following the date of the presentation of his or her most recent legislative redistricting map to the house apportionment commission or the senatorial apportionment commission.

“Districts shall be designed in a manner that achieves both partisan fairness and, secondarily, competitiveness,” the amendment states. “Partisan fairness means that parties shall be able to translate their popular support into legislative representation with approximately equal efficiency. Competitiveness means that parties’ legislative representation shall be substantially and similarly responsive to shifts in the electorate’s  preferences.”

The map, once drawn, still goes to a House-appointed commission, whom then will still hold meetings, public comment hearings, and have the ability to make changes to the map.

Some opponents have expressed concern that the measure would allow noncontinuous, noncompact district and limit minority representation.

The same group of opponents who tried to boot the initiative off the ballot say they are mulling further legal action over the redistricting provision. There have also been rumblings by lawmakers that the General Assembly will take on revamping the changes.

A campaign committee, called Fair Missouri, has been formed to revise the recently-approved redistricting plan before it takes effect in 2021. Eddy Greim, who attempted to get Amendment 1 removed from the ballot, is listed as the committee’s treasurer.

For lobbyists, the new measure directly limits the amount they can spend at one time as an expenditure to a lawmaker. All gifts to state legislators, or their employees, from paid lobbyists are limited to $5 as of December 6, 2018.

“This is the cup of coffee rule,” said Singer. “No one is going to be swayed by a cup of a coffee.”

During the 2018 regular session in the General Assembly, lobbyists filed more than 3,500 separate expenditures with the Missouri Ethics Commission ranging from $1.90 to $742.84. Four of the five most expensive expenditures, all $500 or more, involved food — three of which was for school students — and the fifth was for transportation for school children.

Some of the non-food related gifts involved tickets to Cardinal baseball games, tickets to a gala, and tickets to the theatre amongst others, all of which are prohibited under the new regulations.

For lawmakers, the measure further extends the wait time to transition to becoming a lobbyist.

Under current regulations, a legislator must end their term at least 6 months before advocating the government. Under the new restrictions, that so-called “cooling off” period is extended to two years.

The two year period applies to any “person serving as a member of or employed by the General Assembly.”

For Missourians, Amendment 1 further reduces the contribution limits set in 2016.

The measure also aimed to close a loophole that allowed individuals to “funnel” donations to candidates through other entities.

“No contribution to a candidate for legislative office shall be made or accepted, directly or indirectly, in a fictitious name, in the name of another person, or by or through another person in such a manner as to, or with the intent to, conceal the identity of the actual source of the contribution,” the text of the amendment states.