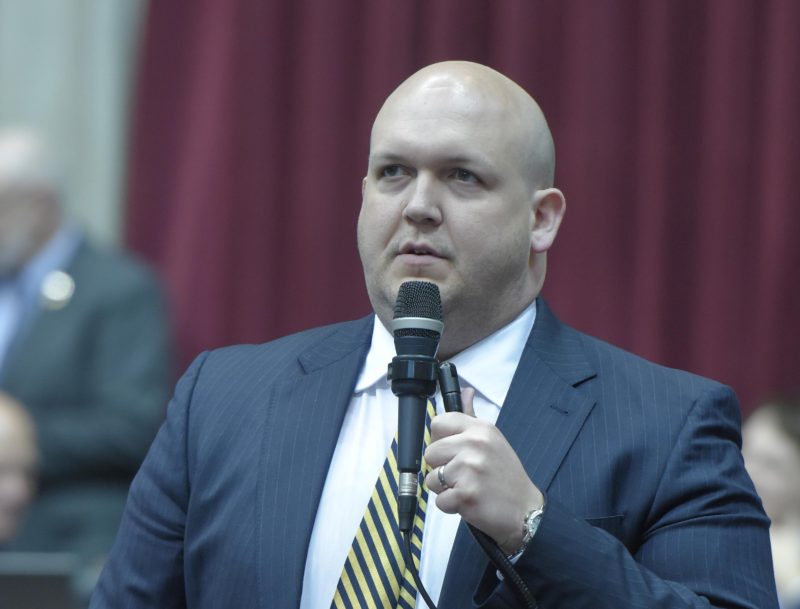 JEFFERSON CITY, Mo. — In an unexpected move, the Missouri House voted down a bill that would enhance the punishment for harming a police dog.

The bill sparked a lot of debate last week, where previous question was moved during perfection, and again Monday night, where both sides of the aisle raised serious questions on the legislation.

“We need to strengthen Missouri’s laws,” Greitens said. “These K-9s do incredible work on behalf of our people. They are trained, tough dogs, and they help keep Missourians safe.”

But Rep. Shamed Dogan pointed out that the proposed punishment is harsher than rape in the second degree, which is a class D felony, or assaulting someone who is in a nursing home, which is an E felony.

Passing the legislation would have sent “the signal that the lives of dogs matter more than the lives of African Americans,” according to Rep. Gail McCann Beatty.

“Police dogs historically, and to this day, have been used against African Americans,” Beatty said.

And the bill had no provisions for use of a police dog in an incorrect manner or in excessive force. “Stand Your Ground” also would not have applied.

“This bill doesn’t talk about the lawful or unlawful use of the dog,” Rep. Bill White said. White ultimately voted for the bill.

The Republican-led House did, however, manage to push through legislation on labor organizations and liquor sales.

HB 1413, sponsored by Rep. Jered Taylor, requires annual consent for unions to withhold dues from paychecks and require consent for labor unions to use dues or fees to make political contributions.

“This holds union accountable to their members,” Taylor said during perfection.

Though Democrats argued that the bill is was an unnecessary regulation meant to weaken unions, calling it “another attack on workers.”

The bill was sent to the Senate in a mostly party-line vote of 91-55.

Under HB 1653, also sponsored by Cornejo, the restrictions on advertising alcohol would be loosened.

“This does nothing to deregulate alcohol,” Rep. Jack Bondon said.

According to Cornejo, the bill lessens “restrictions of free commercial speech.”

The legislation would enable liquor retailers to advertise coupons, premiums, prizes, rebates and other promotional programs to consumers, so long as they don’t advertise lower than cost.

The House approved the legislation in a 103-41 vote.