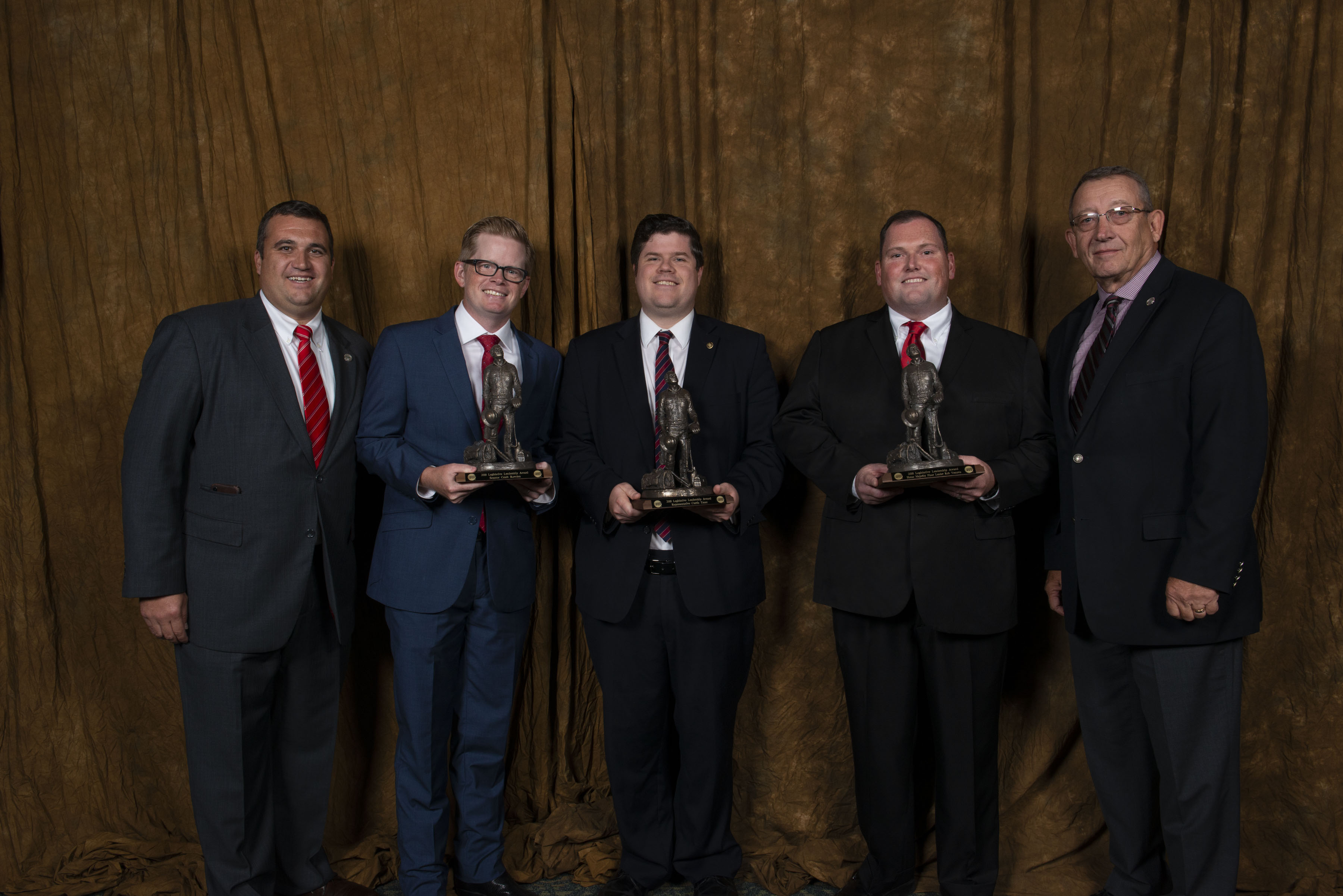 Governor Mike Parson made a special guest appearance at the meeting to speak about CEO Barry Hart, VP Caleb Jones and the organization as a whole.

“What a great organization,” Parson said. “How much this organization has meant to me and my career and what it means for you as individuals representing all of our people back home. How important it is to be here. It’s great to have Caleb here, but also Barry is here. What a great friend. What a gentleman. I’ll miss seeing him in Jefferson City representing you. We’ve had the opportunity to do a lot of things together in my career and with him.”

During the meeting, Jones announced and awarded the Legislative Leadership Award to three individuals for their hard work and dedication to the organization.

State Senator Caleb Rowden, Representative Curtis Trent and House Majority Floor Leader Rob Vescovo were acknowledged by Jones for the work each individual did over the course of the year with AMEC and thanked them for being a representative of the organization.

“I am very honored to receive the award from the co-ops,” Trent said. “They do a lot of important work for the people of Missouri, for our communities and for our economy. I’m proud to be someone who can support them and the activities that they do. I appreciate that we were able to get something good accomplished for the public in this last session.”

Trent said that he has a variety of areas that he will continue to work on in the upcoming year, but when issues in the co-ops come up he would also like to be able to work on those emerging issues along with reform and education.