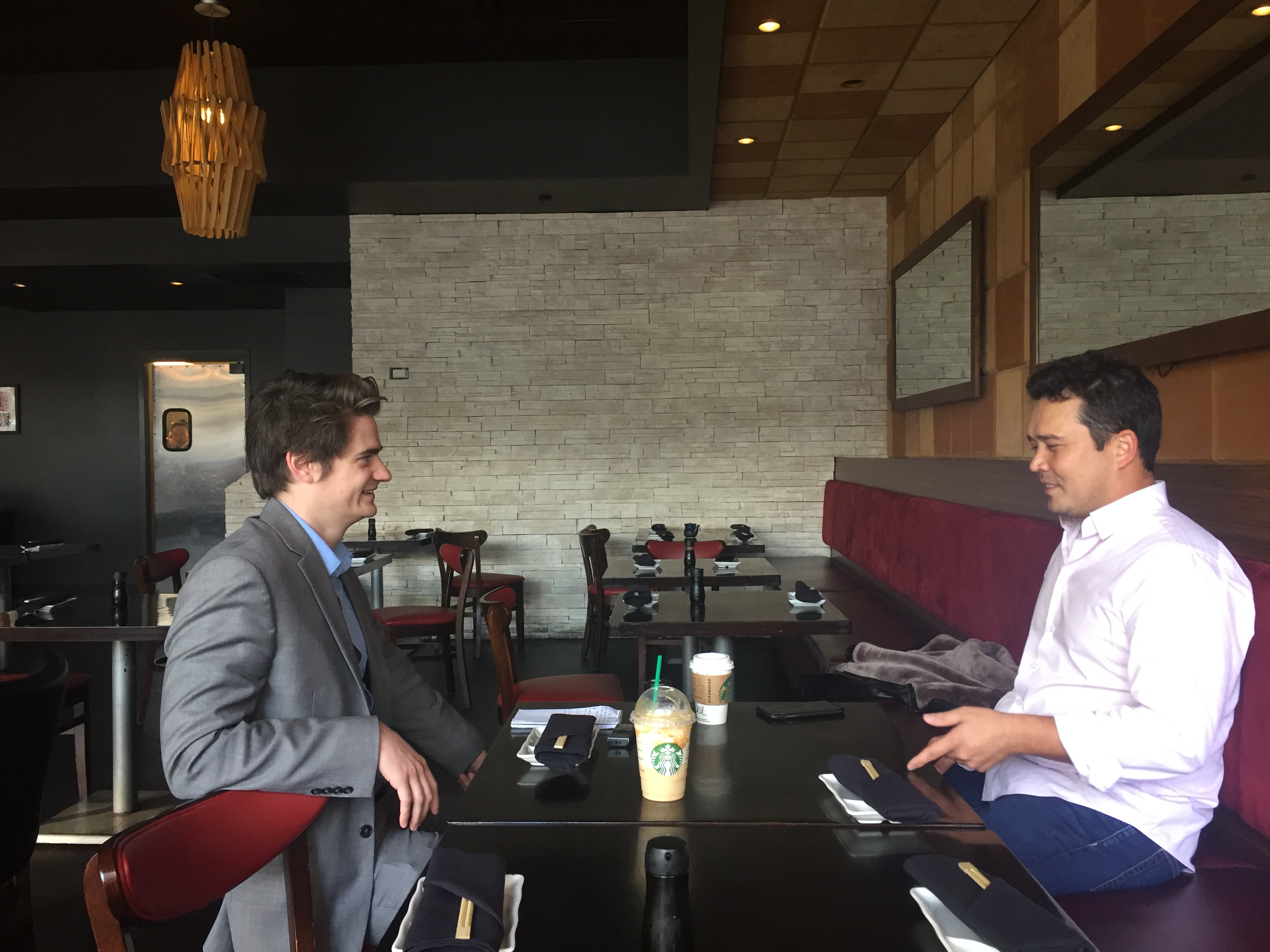 With a plethora of dining options in downtown Clayton, it can be a challenge for anyone to really nail down where they want to grab a bite to eat. It’s especially difficult for any sushi lover, considering there’s three sushi restaurants all in the surrounding area.

One option is Tani Sushi Bistro, which is owned by Eric Heckman and his wife Jenny. The high-scale restaurant first opened its doors in Clayton in 2008 after the Mr. and Mrs. Heckman conducted marketing research that concluded that Clayton was the best location due to some of the best schools, community, and nightlife.

With plenty of traditional Japanese dishes and some modern aesthetic flair, a hungry Claytonite could certainly do worse than dining at Tani Sushi Bistro.

We had the opportunity to sit down and talk with Eric to discuss why he believes his restaurant should be your first pick.

Clayton Times: Can you tell us how Tani first got started?

Heckman: We moved up here from Springfield, MO in 2006 with our focus on really opening a restaurant because my wife has been a chef now for 17 years and I’ve managed restaurants in Springfield going through school.

We wanted to separate ourselves from our family a little bit, and not just work for them. I worked for my mom in a couple of restaurants she had, and we decided St. Louis would be a good spot to move to. We came here and luckily found a location in Clayton by chance and started in 2008. We already had the recipes and the concept in mind but it was really about finding our location and once we found our location, which took forever, we went full-force into it and spent every penny we had to get it open.

Clayton Times: What made you want to open a restaurant in Clayton?

Heckman: We wanted to open up a restaurant just in general, we didn’t really know it was going to be in Clayton. We did all the market research and everything and decided to go west. We were looking in Chesterfield, even as far as O’Fallon. This is back in 2006-07 when we were looking for spots and all the research said to go there because it was growing so fast, good schools, a lot of families.

What got me into Clayton was, I actually spent a few years outside the restaurant world and came here and worked with Morgan Stanley. They were at the old Enterprise building, off of Brentwood and one night I was just on the internet and on this commercial real estate website and I saw this building in Clayton and decided, ‘Well, let’s go just take a look at it. We’re striking out at every single location.’ We drove by and it was so vibrant at night, people outside, people all over the patio at Café Napoli and decided that this was the spot. So I called in the next day, put in a deal for the space and luckily we got it.

Clayton Times: There are multiple sushi restaurants in Clayton, what sets Tani apart?

Heckman: I think a little bit of a combination between the quality of food, not to say they don’t have good quality but I think we’re the most expensive sushi in all of St. Louis. But between the atmosphere, the aesthetics, the food presentation, the quality of the product that I bring in. I get a lot of imports from Japan, I’m constantly talking with my fish broker.

I think those little things really set us apart. I’m pretty hands-on as well, so I’m around a lot and I can get to meet everybody. Over the past 10 years, I’ve got to make a lot of friends and that definitely helps on the marketing side as well.

Clayton Times: What’s the biggest challenge in owning a restaurant in Clayton?

Heckman: I don’t know if it’s a challenge but one of the biggest things is that our demographic in the Clayton area, such as Ladue, Town and Country, those surrounding areas — these people can travel the world and go to great places all the time. They’re going to trendy restaurants, typically sushi, Japanese-Asian restaurants a lot of times and so when they come back they’re expecting some of the same stuff, same quality, sometimes same items. To bridge that gap, you get these world travelers who are very nice, but they eat the best in the world, get the best service in the world, and then they come back into their hometown and try to replicate some of the same stuff that big corporations are doing compared to just a single-owner guy.

I guess it is a challenge in some ways but it’s a good challenge because you got to step-up your game, you got to be on top of it and when it’s not, you got to be able to recognize it and try to fix it. We have good servers, and I can’t say everyone gets the best service but I know that I hire good people so even if they give bad service, it’s fixable. Trying to be able to, really just not keep up with a Missouri demographic but you’re trying to keep up with the best restaurants in the country.

Clayton Times: What’s the most rewarding aspect of having Tani in Clayton?

Heckman: Being compared to some of those places that the customers travel to. People come back and say, ‘Man this is some of the best sushi I’ve ever had, top three that I ever had.’ Well, that’s huge for us, especially if they’re going to Japan, Los Angeles, New York, going to all these places. It’s a better reward than just a monetary reward because you get into the business hopefully the business will work and there are some benefits to that but to get confirmation that what you’re doing is really good, that’s a huge reward.

Clayton Times: What has been your overall experience with owning a restaurant here in town?

Heckman: My experience with owning a restaurant in Clayton has been great. The one thing I can say about the Clayton area, we did a zip code study a few years back because I was really curious to see from credit card zip codes, who really came to the restaurant. It was interesting, I think the statistic was roughly 50 to 60 percent of our customers with the credit card zip code came from this area. It was huge amounts. It’s really important for us to keep the local support because they have supported us for close to 10 years and we just do what we can to try to keep up with good service, good food and continue to get the best product that we can.