Court denies NFL, Rams & Kroenke’s attempt for arbitration, saying they cannot “ignore what this lawsuit is about” 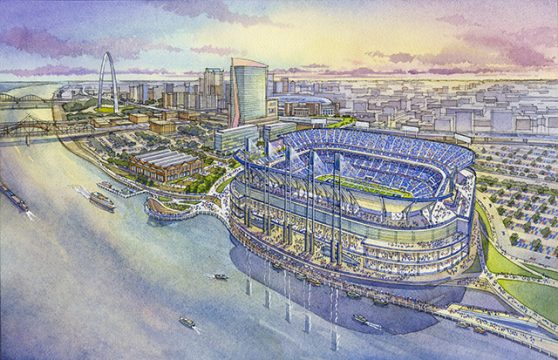 JEFFERSON CITY – St. Louis’ sentiments to the NFL and the Rams have not changed since the team departed the Arch City for Los Angeles, and, this week, the city has won another skirmish in the courts.

A Missouri appeals court declined the NFL’s attempt to transfer the case and brush a legal showdown under the rug, allowing the lawsuit filed by the St. Louis Regional Convention and Sports Complex Authority, St. Louis City and St. Louis County in 2017 following the departure of the team.

The lawsuit alleges that by leaving the city, a 1984 league guideline put in place after the Raiders moved from Oakland to Los Angeles was violated.

The league, the team, and owner Stan Kroenke argued that the disagreement should be settled outside of a courtroom in arbitration, based on an agreement entered in 1995 when the Rams left Los Angeles to relocate to St. Louis.

A St. Louis City Circuit Court judge canned the arbitration bid back in December, and the latest ruling from the appeals court squashed that motion, stating that parties cannot be required to submit to arbitration any dispute which they have not agreed to.

Thanks to the latest issue delivered on Tuesday, the suit is set to return to court for further proceedings, meaning Kroenke will most likely have to file documents in court related to the departure of the team.

But even more interesting is the effect this could have on the NFL as a whole. With other teams being sued by public entities, the continuation of this case could incentivize the other 31 teams to settle those suits.

Read the full decision below: