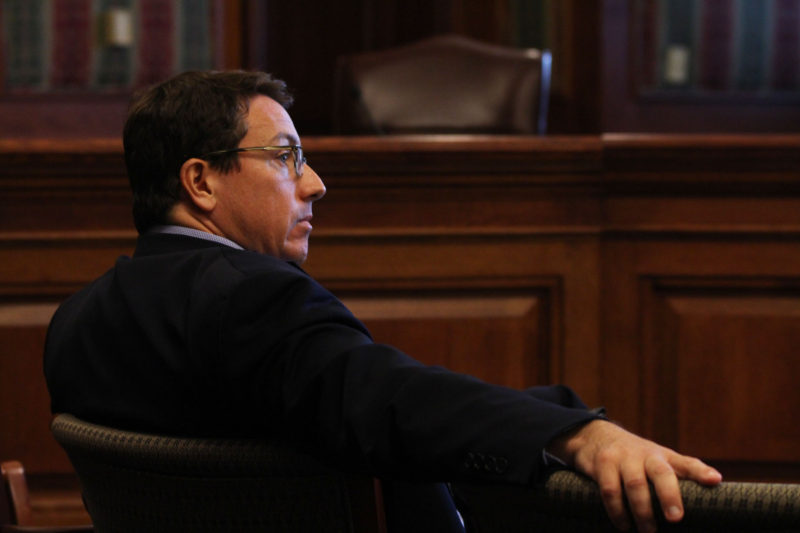 JEFFERSON CITY, Mo. – It seems the Missouri Public Defender System is subject to withholds from the Governor, despite being from a different branch.

According to the Western District Court of Appeals ruling issued on Tuesday, the Governor’s Office did not violate separation of powers by withholding funds from Public Defender’s office.

The case stems back to Gov. Jay Nixon’s decision to restrict a $3.5 million increase from the office’s budget in 2016.

The public defenders have been asking for additional resources to deal with an overworked staff and increased caseload, and following Gov. Nixon’s restrictions, filed a lawsuit claiming that their agency was part of the judicial branch and not part of the executive branch.

Public Defender Michael Barrett (featured photo) argued that the constitutional provisions allowing the governor to limit spending when revenue fails to meet estimates did not apply. He asked for a ruling that Nixon had exceeded his authority by imposing a permanent reduction instead of a temporary restriction, as well.

Judge Jon Beetem dismissed that second claim, stating that it came before the end of the fiscal year and was unknown.

He also ruled against the other claims, stating that the defender system is an agency of the state and subject to the governor’s withholding power.

In Tuesday’s ruling by the Court of Appeals, Judge Victor Howard wrote that all of the claims should have been dismissed as premature. He also outlined that the defenders fulfill the state’s obligations to provide legal counsel, and serves as a state agency under the definition.

4,342 thoughts on “Court of Appeals rules Governor did not overstep by withholding funds from public defenders”