Democratic challenger: Rep. Wagner out of touch with constituents 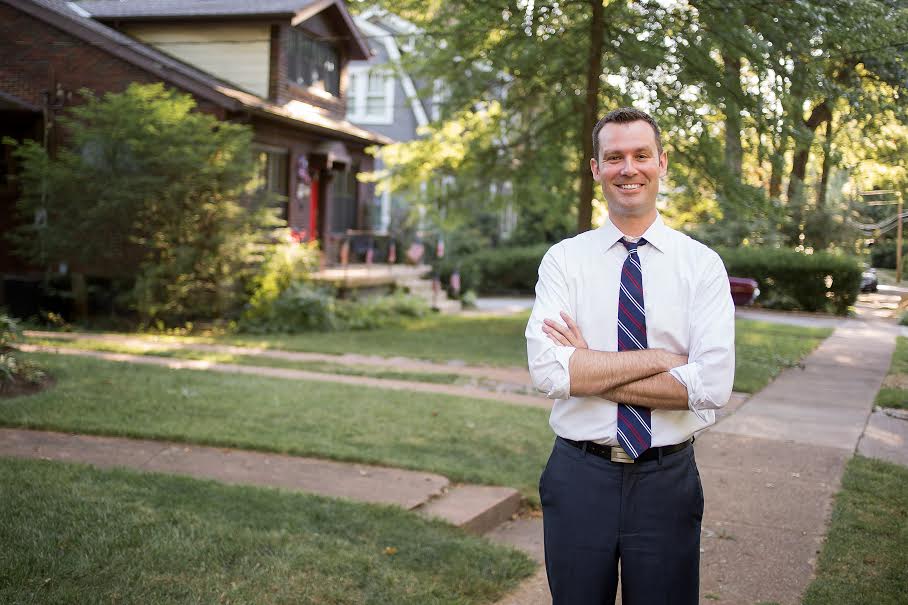 With the 2016 election still fresh in voters’ minds, it’s hard to imagine another one just around the corner. However, Missouri in particular will have some interesting races, with incumbents Democrat Sen. Claire McCaskill, and Representatives Ann Wagner, a Republican, and Lacy Clay, a Democrat, defending their congressional seats for the St. Louis region.

Wagner’s 2nd District, which was once a largely ignored district for the Democrats, will now become one of their most desired seats as they attempt to wrestle control back from the GOP majority in both chambers.

The Clayton Times had a chance to sit down with Democratic candidate and political newcomer Mark Osmack to see why he believes he’s the right choice to represent the state of Missouri.

Osmack is a fourth generation St. Louisan originally from south St. Louis County. After college, he enlisted in the United States Army, where he served two combat tours in Afghanistan and received a Bronze Star. Osmack was even featured in a Time Magazine article describing the unique war the United States was fighting in.

Osmack: It’s something that I’ve been interested in since I was much younger, but as I got older, I started to take classes and test things. I started off as an intern in 2004 in Jefferson City, I worked for Rep. Bob May (then District 149 in Rolla). Fast forward to now, my time on the Hill in Washington D.C. but also time in service in the Army really fit into that. For me that most honest way to answer it it’s to continue public service. I don’t think we’re heading down the right direction but for me this is the way I want to continue to serve in addition to what I did in the Army.

Clayton Times: It seems more and more military veterans are running for office. Why do you think that is?

Osmack: A lot of reasons. Part of it is that the war has been going on for so long (and) we have a lot of people coming back thankfully. Right now, we’re at the lowest point of veterans since World War II in Washington D.C. in Congress. But also that people are continually disappointed with the status quo — for a lack of a better term — in D.C. and in state capitols. The American military consistently is viewed highly and positively; it seems to be a natural progression to go from one form of leadership and service to the next.

Clayton Times: What do military veterans bring to a political race that separates them from someone who doesn’t have a service record?

Osmack: It’s how they’re viewed and I think it’s also a bit of discipline and a commitment to something higher. Everybody that’s in the military, there is something larger than them and that is the organization, whether that’s the platoon, the company, the battalion, the brigade, the division, the corps, or the actual service — it’s knowing that they’re part of something much bigger than them. The way I kind of explain it is: I want to be the candidate who happens to be a veteran and not the veteran who happens to be the candidate. So is it important? Yes, but it’s just a part of the story; it’s a part of who I am.

Clayton Times: How would you rate incumbent Republican Rep. Ann Wagner’s performance in Congress and how would you improve on it?

Osmack: I think I speak for a lot of people who are disappointed because she doesn’t meet with constituents. It’s a matter-of-lack of familiarity or just ease and simplicity when she does meet, she does not seem to be willing to meet with people who do not agree with her positions. That’s one thing — probably the biggest aside from her flip-flopping supporting President Trump — and also her inconsistency on healthcare and how she wants to go about it, whether this new version is where we should go. She seems to not get beyond her small, very isolated bubble of the wealthy part of where she lives. 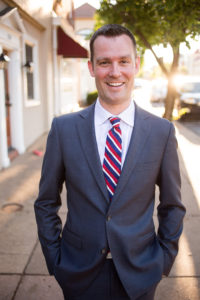 Clayton Times: It seems that Rep. Wagner seems to have a really strong base of support in her district . How will you attract moderates or possibly even Republicans to vote for you?

Osmack: Well I think there’s a distinction; she has financial support. Right now, I think she has about $3 million or so and we’re anticipating her to have upwards of $5 million by the time we get to the general election in November. But I think financial support and actual support are different. I know that she doesn’t go to South County, I know that she doesn’t go to Jefferson County, where I used to live. I know the financial challenge, but that does not indicate actual support, so her $5 million, I’m not truly afraid of.

I think 2018 is a different type of race because yes, people are upset with Trump, and I think a lot of them feel betrayed, so this area — as you know — has been fairly Republican for quite awhile. I think there’s a lot of crossover too with independents, and also the people who would usually vote Republican. I think they’re going to be open voting for a Democrat. A big part of that is going to be my service, the two deployments to Afghanistan, and also because of how I was raised, the working class kind of family that I had. My entire family is in service whether it’s nursing, clergy, or military. That’s something I think a lot of people can relate to in addition to my six years within UFCW Local 655 working for Dierbergs, Schnucks, and the old Busch Stadium.

Clayton Times: What’s the biggest challenge regarding running as a candidate in the state of Missouri?

Osmack: I think probably fundraising. Everyone is going to tell you that, but that’s something we’re excited about and we’re doing well — that is always going to be the biggest challenge. Knowing what Rep. Wagner has, a lot of people or organizations are going to say, “Hey she’s got $5 million, she must have it in the bag.” I don’t think so. Democrats have made some mistakes but I think they’re making a lot of good progress and pushing into areas that have historically been Republican such as Missouri 2nd District. If you look at the diversity between West County, Ballwin, Jefferson County, South County, and St. Charles, there is a whole swath of people there that I think are ready for something different and the only way you do that is by having a different candidate and a different message, one that resonates with a lot of people.

Clayton Times: How would you rate President Trump’s time in office so far?

Osmack: I’m not surprised. Personally, I think it has been underwhelming to say the least. He’s damaging a lot of people, and also, I think our image as the United States. As disappointed as I am in him and what he’s been trying to do, that’s not going to be my message. My message is going to be yes, there are problems — anyone could identify them, his actions being one of them, but I’m interested in solutions. That’s what I’ve been preparing my entire life for, not just to identify problems, which is the easy part, but implement solutions from there. With the mistakes that he’s been making, I still have faith in government and I still have faith in Congress. I just think we need a new wave of people.

6,395 thoughts on “Democratic challenger: Rep. Wagner out of touch with constituents”