Elad Gross to run for Missouri Attorney General in 2020 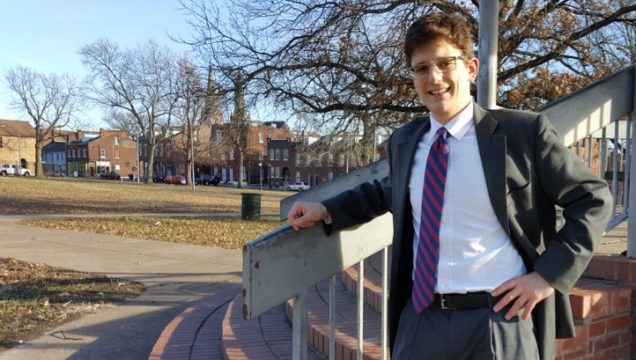 JEFFERSON CITY, Mo. — A St. Louis attorney who has made the fight against so-called dark money a personal crusade has decided to seek election as Missouri’s top law enforcement official.

“We need an Attorney General who’s willing to protect the rights of the people, not the money of the powerful,” Gross said. “We need a government that cares less about a few wealthy people’s pet projects and more about hospital closures in rural Missouri, poor kids going to poor schools, and the many folks in our state whose voices have been ignored for far too long. We need to take back Missouri.”

The St. Louis resident graduated from Duke University in 2010 before heading to Washington University for his law degree, which he obtained in 2014. From there he went on the work as an Assistant Attorney General — he previously clerked for the state — until October 2016. Since then he has worked as an attorney in St. Louis.

He has also founded two nonprofit groups — Education Exchange Corps in 2008 and Missouri For All in 2016.

Gross said his current focus is on ending the practice of political nonprofits not revealing donors, prosecuting corruption, and continuing to overhaul Missouri’s ethics laws.

In June, Gross filed a lawsuit against A New Missouri, Inc., a nonprofit organization with ties to former-Gov. Eric Greitens. A New Missouri is shielded by law from revealing its donors.

Gross sought to force the organization to turn over financial records on how they were spending the money donated to them.

A Cole County judge dismissed that lawsuit, determining that Gross lacks standing to inspect the records. He is appealing the decision.

At a press conference following a hearing in that lawsuit, Gross mentioned that if the current Attorney General was doing his job, he wouldn’t have had to push the case. He also mentioned that, should he seek elected office, it would be as a Democrat.

He noted that his campaign will practice what he preaches in terms of transparency and ethics.

“This campaign will be a model of transparency,” Gross said. “Donors will see how we use their contributions. We will focus heavily on community service, and together we’re going to build a better Missouri for all.”

Missourians can learn more at www.Elad4MO.org.