Gov. Eric Greitens has issued a stay of execution for Marcellus Williams, who was convicted n 2001 in the murder of Felicia Gayle, 42, according to a press release from Greitens’ office. Williams was sentenced to death for the crime, but DNA testing of the murder weapon in 2016 was inconclusive. 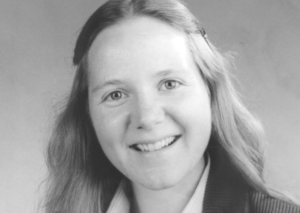 In furtherance of the Governor’s constitutional power to grant pardons and executive clemency, state law gives the Governor exclusive discretion to appoint a Board of Inquiry to gather information and make a report to the Governor as to whether or not a person condemned to death should be executed.

Greitens is issuing a stay of execution to appoint a Gubernatorial Board of Inquiry to further consider Marcellus Williams’ request for executive clemency.

“A sentence of death is the ultimate, permanent punishment,” Greitens said. “To carry out the death penalty, the people of Missouri must have confidence in the judgment of guilt. In light of new information, I am appointing a Board of Inquiry in this case.”

Greitnes will appoint five members of the Board of Inquiry that will comprise retired Missouri judges. The Board will have subpoena power over persons and things, and will later report and make a recommendation to the Governor as to whether Williams should be executed or his sentence of death commuted.

The executive order appointing a Board of Inquiry can be found HERE.

The Missouri Supreme Court last week denied a petition to stop the execution for the 1998 murder of Lisha Gayle.

At the time, Williams’ lawyers said the DNA on the knife matches an unknown male, but Attorney General Josh Hawley’s office said the state had enough non-DNA evidence to convict Williams, who was sentenced to death by St. Louis County Circuit Judge Emmett M. O’Brien.

Williams was also sentenced to serve consecutive terms of life in prison for robbery, 30 years for burglary and 30 years each for two weapons violations.

According to court documents, on August 11, 1998, Williams drove his grandfather’s Buick LeSabre to a bus stop and caught a bus to University City, where he started looking for homes to break into.

Williams knocked on the door at the home of Felicia Gayle, a former St. Louis Post-Dispatch reporter, but no one answered, so he broke out a window, reached in, and unlocked the door. When he went to the second floor and heard water running in the shower. Williams went back downstairs, rummaged through the kitchen, found a large butcher knife, and waited.

When Gayle got out of the shower, she called out, asking if anyone was there. She went down the stairs where Williams, waiting, attacked her, stabbing and cutting her 43 times. Autopsy reports showed seven of them to be fatal.

Afterwards, Williams went to an upstairs bathroom and washed off. He took a jacket and put it on to conceal the blood on his shirt. Before leaving, Williams placed Gayle’s purse and her husband’s laptop computer and black carrying case in his backpack. The purse contained, among other things, a St. Louis Post-Dispatch ruler and a calculator. Williams left out the front door and caught a bus back to the Buick.

After returning to the car, Williams picked up his girlfriend, Laura Asaro. Asaro noticed that, despite the summer heat, Williams was wearing a jacket. When he removed the jacket, Asaro noticed that Williams’ shirt was bloody and that he had scratches on his neck. Williams claimed he had been in a fight. Later in the day, Williams put his bloody clothes in his backpack and threw them into a sewer drain, claiming he no longer wanted them.

Asaro also saw a laptop computer in the car. A day or two after the murder, Williams sold the laptop to Glenn Roberts.

The next day, Asaro went to retrieve some clothes from the trunk of the car. Williams did not want her to look in the trunk and tried to push her away. Before he could, Asaro snatched a purse from the trunk. She looked inside and found Gayle’s Missouri state identification card and a black coin purse. Asaro demanded that Williams explain why he had Gayle’s purse. Williams then confessed that the purse belonged to a woman he had killed. He explained in detail how he went into the kitchen, found a butcher knife, and waited for the woman to get out of the shower. He further explained that when the woman came downstairs from the shower, he stabbed her in the arm and then put his hand over her mouth and stabbed her in the neck, twisting the knife as he went. After relaying the details of the murder, Williams grabbed Asaro by the throat and threatened to kill her, her children, and her mother if she told anyone.

On Aug. 31, 1998, Williams was arrested on unrelated charges and incarcerated at the St. Louis City workhouse. From April until June 1999, Williams shared a room with Henry Cole. One evening in May, Cole and Williams were watching television and saw a news report about Gayle’s murder. Shortly after the news report, Williams told Cole that he had committed the crime. Over the next few weeks, Cole and Williams had several conversations about the murder. As he had done with Laura Asaro, Williams went into considerable detail about how he broke into the house and killed Gayle.

After Cole was released from jail in June 1999, he went to the University City police and told them about Williams’ involvement in Gayle’s murder. He reported details of the crime that had never been publicly reported.

In November of 1999, University City police approached Asaro to speak with her about the murder. Asaro told the police that Williams admitted to her that he had killed Gayle. The next day, the police searched the Buick LeSabre and found the Post-Dispatch ruler and calculator belonging to Gayle. The police also recovered the laptop computer from Glenn Roberts. The laptop was identified as the one stolen from Gayle’s residence.

Williams was tried for Gayle’s murder and convicted.