Laborers’ endorse Reed for re-election as President of St. Louis Board of Aldermen 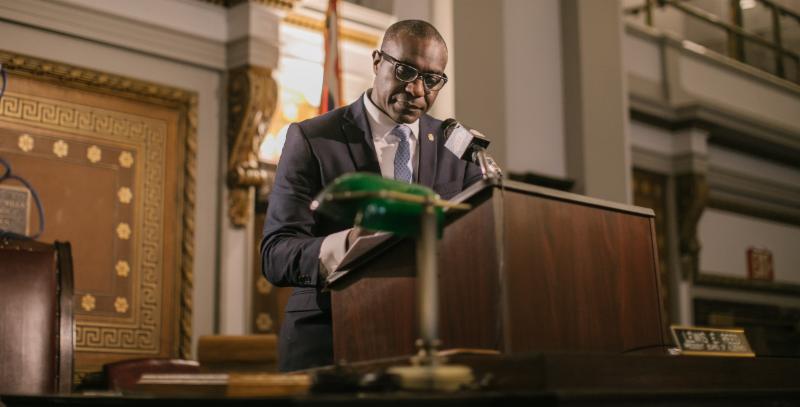 ST. LOUIS, Mo. – The Eastern Missouri Laborers’ District Council (EMLDC); Laborers Local 110 and Laborers Local 42 have announced their support for Lewis Reed’s re-election campaign as president to the St. Louis Board of Aldermen.

The EMLDC plays a vital role as part of the LIUNA Midwest Region. The organization also represents the eastern portion of Missouri, 9 Locals that cover 62 counties, plus the City of St. Louis, with a membership of over 9,000.

Reed announced the support on Tuesday and shared he is proud to have the organizations supporting him. While in office, he has been a strong advocate for labor union and workers.

The EMLDC council’s core responsibility is ensuring a safe working environment while also delivering a skilled workforce and ensuring labor laws are being followed and is used as the lead negotiator for all Eastern Missouri Laborers’ contracts.

“I am honored to have the endorsement of EMLDC, Local 110 and Local 42 in our City,” Reed said. “In order to move our City forward, we are going to need to work together to make change. I am grateful for their support.”

While serving as president, Reed has helped to create a $1 million recurring youth crime prevention fund which has provided jobs and opportunities to over 20,000 young people. He also called two special meetings to raise the minimum wage.

Additionally, Reed passed a law that requires minority participation on city-funded projects. The law has penalties established for contractors who do meet the requirements. The establishment of this law was a first in St. Louis history.

In the future, Reed said he plans to remain focused on addressing the issues of public safety, which includes providing more jobs and opportunities for the city’s youth and enhancing the city’s neighborhoods.

Reed is running against Alderwoman Megan Ellyia Green, D-15th Ward, and Missouri State Senator Jamilah Nasheed, D-St. Louis. Voting will be held on Tuesday, March 5, 2019. Whichever candidate wins the primary will be favored for the general election in April.