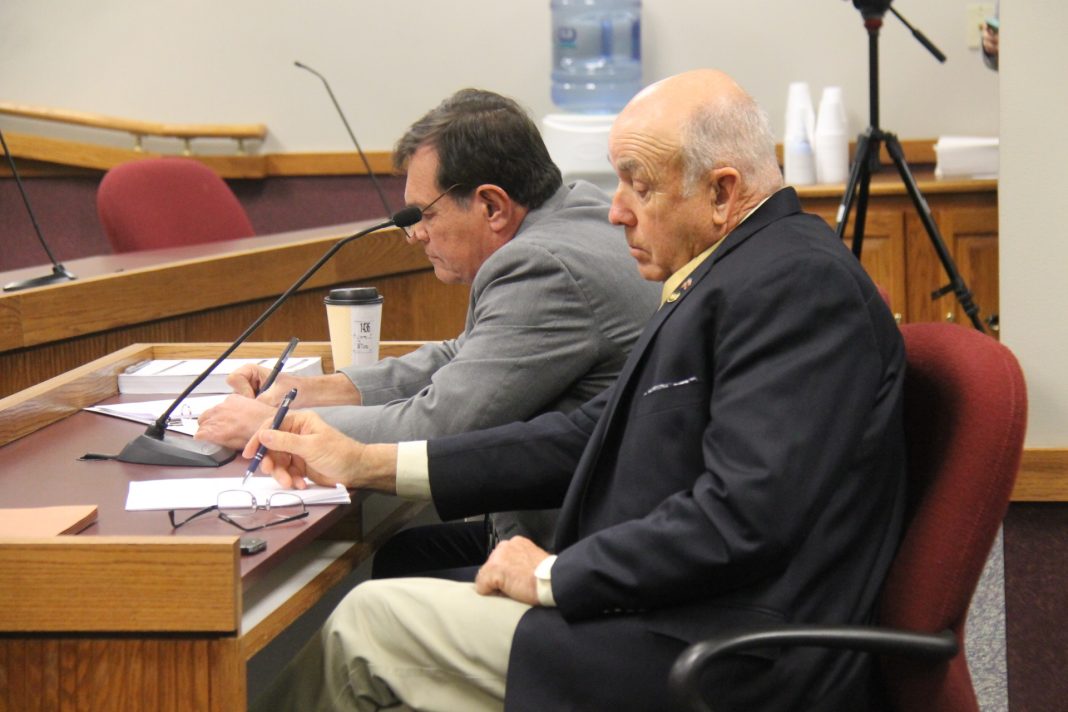 JEFFERSON CITY, Mo. – State Representative Warren Love will not be punished for his controversial post on social media, but the one thing that seems certain is the emotions felt from every side involved in the ethical proceeding. Rep. Love is still reeling from the conclusion of the three-hour Thursday afternoon hearing, telling members of the media he was confused when he said that he would accept whatever decision the House Committee on Ethics would deem appropriate.

“I was confused,” he repeated over and over again.

Rep. Marsha Hafner was confused as to why the Democratic members of the committee motioned for an investigative hearing into the matter after their previous motions failed to bring about any definitive outcome.

Rep. Kevin Austin was allegedly confused and misinterpreted the procedure, leading to Rep. Love’s decline to accept the committee’s reprimand.

Rep. Gina Mitten is confused as to how and why Love and his counsel can be confused, having had months to prepare for this preliminary hearing. She also wonders why a man who is confused by such matters is considered competent enough to handle legislative affairs.

And still, others are, quite simply, just confused by the entire proceeding.

But first, let’s back up. The Thursday afternoon ethics hearing stems from a Facebook post back in August when Rep. Love wrote that he hoped the people responsible for vandalizing a Confederate monument at the Springfield National Cemetery would be “found and hung from a tall tree with a long rope.”

At a time when state lawmakers were already debating action against Sen. Maria Chappelle-Nadal for his social media post in which she stated she hoped President Donald Trump should be assassinated, African American legislators and Democrats called for action to be taken against the Republican representative from Osceola for his comments, which many members implied to be a call for lynching and violence with racial undertones.

“Vandalizing property is wrong, but hoping for people to be hung/lynched over it?? Way over the line!!” Rep. Shamed Dogan, the only black Republican in the state legislature tweeted. “What is wrong with us #moleg?”

House Minority Leader Gail McCann Beatty, D-Kansas City, called for Love to resign, saying that while vandalism is a crime, the punishment for that crime is not “extra-judicial murder.”

But while the Democrats asked for action, it took a long time for the opportunity to address the matter to finally arrive. The complaint against Love finally appeared before the House Ethics Committee on Thursday, where a three-hour hearing produced no real punishment for the legislator’s actions and words.

Pleading his case before the committee, Love’s attorney, Melvin Lee Gilbert of Buffalo, Mo. argued that Love’s comments were related to punishment, not a matter of race. He told the committee that his client, whom he was not charging for his services, seemed to be treated worse than the criminals who had perpetrated the crime of vandalism would have been.

“Love is not a racist,” his attorney stated.

Members of the panel questioned both Rep. Alan Green and Beatty, the two who had filed complaints, before turning their sight upon Love, who had remained seated and silent in the back of the room throughout the first portion of the hearing.

Green addressed the committee, speaking about a mutual love for history from both himself and Love. But as the chairman of the Legislative Black Caucus, Green also spoke of the offense felt by himself and others due to Love’s post.

“I was shocked,” Green said. “Those are not the conversations I have with Warren. That’s not the piece I know.”

“This is the past, and the present, too,” he added, speaking to the history of the terminology. “I know that history because it was passed down. What offends one may not offend another.”

Green also urged the committee to action, saying that as a legislature, “we should do better.”

Speaking with passion, Beatty implored the committee to take action, saying that “vandalism is against the law, but so is a lynching.”

“It’s disturbing to think that he thinks lynching is an appropriate punishment,” Beatty told the 10-member committee. “Rep. Love called for a lynching, and four months later, he still doesn’t understand.

“This is not a free speech issue because incitement to violence is not protected.”

After hours of questioning, including a particularly thorough and grueling inquisition by Rep. Gina Mitten, the committee was left with three choices: dismiss the complaints, order an investigative hearing within 45 days, or agree to a consent order with Love.

Having taken an oath upon first testifying, Love replied to the panel that he would submit to the mercy of the panel, which carried three options: either a formal statement of disapproval, a statement of wrongdoing, or censure, which would require a vote by the entire House before Speaker Todd Richardson would decide which punishment to land upon Love’s shoulders.

A censure could have meant removal from committees and a loss of speaking privileges in the House, similar to what Sen. Chappelle-Nadal received back in September.

Mitten put forth a motion to censure Love, which was defeated with a 5-5 vote down party lines.

Mitten then took the second option, moving that the committee recommend a written reprimand. That measure passed with a 6-4 vote, but when asked if he would accept the decision, Love declined.

That’s when Mitten motioned for the only option left: ordering an investigative committee. But her fellow committee member, Rep. Hafner, questioned why they should do it since they had already established all of the facts of the case in the hearing they were currently holding.

Rep. Peter Merideth answered, saying that, at the very least, a hearing would give the public a chance to weigh in on the matter.

But that measure failed with another 5-5 vote, with members voting party lines once again.

With no other motions to make the hearing was adjourned, and the only potential outcome is that the committee will send its report to the House.

Following the hearing, Beatty issued the following statement, saying that Love had dishonorably broken his word by not accepting the sanctions.

“Because of a procedural misinterpretation by the committee chairman, Rep. Love’s cowardly reversal essentially made the committee’s reprimand disappear, at least on paper. But we all know what really happened,” she stated. “As a result, I will ask Speaker Todd Richardson to follow the will of the committee majority and exercise his authority to immediately remove Rep. Love from all committees.”

Rep. Mitten told reporters that it was a cowardly move by the Republican representative and that his word meant nothing to her anymore.

When reporters asked Love for his reaction, and why he had declined to submit to the sanctions after previously agreeing to abide the committee’s decision, he replied he was confused and hadn’t properly understood the question.

“I was confused on how I should have answered, I should have said ’no’ the first time,” Love said. “I’m confused, they’re confused, and I can’t honestly tell any one of you what happened. We do know it’s not going to go forward in the way of public hearing, but I think there’s a lot of confusion or unknown about the process.”

“Unfortunately, because Rep. Love decided to go back on the word that he gave this committee under oath, there is no punishment. There will not be a punishment contained in the report issued by this committee,” Mitten said. “But it’s really important to note that the Speaker has always had the authority and the ability to institute a punishment for Rep. Love. The fact that he has basically punted on that for so long is disconcerting, to say the least. I’m certainly very disappointed.

“But the Speaker still has the ability to do what I recommended in all of my motions; namely, remove Rep. Love from his committees.”