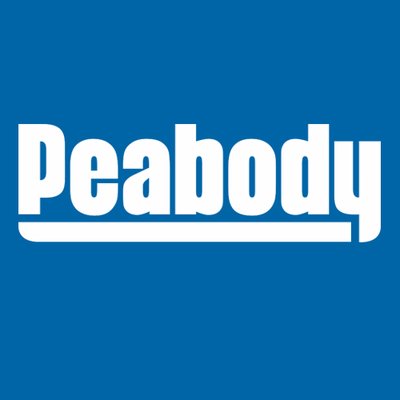 “A highly successful fourth quarter capped a year of substantial achievement for Peabody, as the company delivered results and generated value,” said Peabody President and Chief Executive Officer Glenn Kellow.  “Fourth quarter results reflect strong operational performance, significant cash generation and debt repayment, meaningful release of restricted cash and continued share repurchases, and we have much more progress targeted for 2018.  Much of our substantial 2017 cash flows were properly committed to debt reduction and reducing other obligations.  We enter 2018 with a strong balance sheet, lower interest expense, minimal taxes, ability to liberate restricted cash, a newly initiated dividend, a simplified capital structure and strong cash flows that we intend to use to further unlock value for our shareholders.”

Net income attributable to common stockholders totaled $317.4 million for the quarter and included $40.9 million of non-cash preferred stock dividends, reflecting the impact of 9 percent voluntary preferred conversions during the quarter and the semi-annual preferred dividend.

For the full year, the Australian platform expanded Adjusted EBITDA margins to 36 percent, an increase of $23.48 per ton compared to the prior year, on strengthening seaborne pricing and a continued focus on costs with productivity improvements, led by record North Goonyella production.

The U.S. operations generated fourth quarter Adjusted EBITDA of $162.1 million and delivered 40.4 million tons of coal, in line with the prior year.  Revenues per ton increased 2 percent to $18.38 per ton, primarily due to favorable mix and the benefit of a contractual settlement.  U.S. costs per ton increased largely due to planned maintenance in the Midwest and higher fuel costs across operations.

For the full year, the U.S. platform delivered average Adjusted EBITDA margins of 25 percent, largely driven by the benefit of a contractual settlement and improved cost performance in the Western segment related to higher Twentymile Mine volumes and favorable ratio changes at the Kayenta Mine.

Note: All comparisons are to fourth quarter 2016 unless otherwise noted. Most income statement measures are not comparable with prior-year periods due to the adoption of fresh-start reporting as of April 1, 2017.

“Peabody ended 2017 strongly with great operational execution that allowed us to exceed our deleveraging and liquidity targets.  We successfully put in place and upsized our new revolver, worked with insurers to create a surety bonding program in Australia, and advanced our capital allocation program,” said Peabody Executive Vice President and Chief Financial Officer Amy Schwetz.  “Our balance sheet is strong and our near-term earnings profile is robust, so our emphasis can now shift more fully toward greater returns of cash to shareholders.”

3 Repurchases will be subject to limitations in the company’s debt documents and may be made from time to time at the company’s discretion.  The specific timing, price and size of purchases will depend on the share price, general market and economic conditions and other considerations.  No expiration date has been set for the repurchase program, and the program may be suspended or discontinued at any time.

Seaborne thermal and metallurgical coal pricing remained elevated through year end as firm demand across the Asia-Pacific region was met with supply tightness.

2018 seaborne thermal and metallurgical demand are expected to be most impacted by growth in India and ASEAN countries and potential changes in Chinese policy.  Seaborne supply remains tight on continued logistic and operational constraints across the industry.