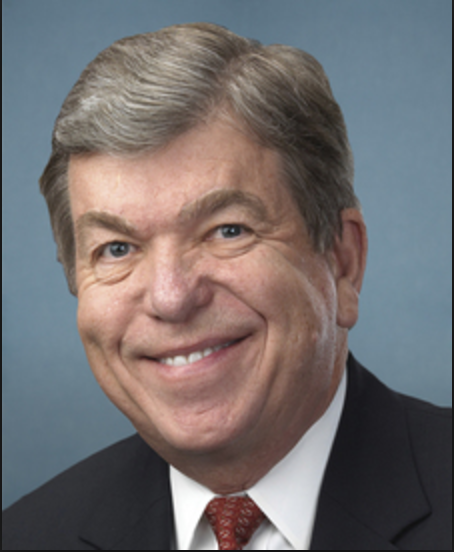 The measure is expected to be voted on in the House and Senate in the near future and, if passed, will be headed to the president’s desk.

“The Senate and House were able to work through differences and reach a bipartisan agreement on two of the biggest priorities we have in Missouri: honoring our commitment to those who served and modernizing our state’s infrastructure networks,” said Blunt. “Improving the VA is a key part of keeping our promises to our nation’s heroes, and I’m pleased this bill includes funding to help ensure veterans have access to care when and where they need it. In light of the recently-reported misconduct at the Fayetteville VA, the bill includes a provision to increase accountability and help prevent similar incidents in the future. The bill also focuses resources for construction of the New NGA West facility, which is vital to our nation’s defense and supports thousands of jobs in the St. Louis region.

“As a national transportation hub, Missouri’s economy is directly tied to the strength of our infrastructure. By improving our state’s roads, waterways, and bridges, this bill focuses resources on infrastructure improvements that will strengthen rural communities and position our state to take advantage of the many opportunities that lie ahead,” said Blunt.

Following Are the Blunt-Backed MilCon-VA Priorities Included in the Bill:

· National Geospatial-Intelligence Agency West Headquarters: The bill includes $291 million in further funding for the construction of the New NGA West facility in North St. Louis. The omnibus funding bill that was signed into law in March provided $200 million for the facility. In June 2016, the NGA finalized its selection of North St. Louis as the site for the new NGA West headquarters. Since 2010, Blunt has led efforts to ensure that the NGA West facility, and the thousands of jobs it supports, remain in Missouri.

· Electronic Health Record System: The legislation provides $1.107 billion for the VA electronic health record (EHR) system contract with Cerner, which is headquartered in Kansas City. In May, the Trump administration signed a contract with Cerner that will require the VA and the Department of Defense to adopt the same EHR system. This will help provide seamless care as service members transition from the military to the VA system.

Following Are the Blunt-Backed Energy and Water Development Priorities Included in the Bill:

· Navigation and Ecosystem Sustainability Program (NESP): The bill Includes language that advances the NESP, which authorizes the modernization of seven locks and dams on the Upper Mississippi River. In response to a Blunt-led bipartisan letter, the Corps recently included funding in their FY18 Work Plan to start the process of delivering the project.

· Small Ports: The bill provides specific funding for the dredging of small ports, including those in Missouri located on the Mississippi River.

· Delta Regional Authority (DRA): The legislation includes $25 million for the DRA with a focus on infrastructure development in rural areas. The DRA provides infrastructure, healthcare, and economic development assistance to 29 counties in Southeast Missouri.