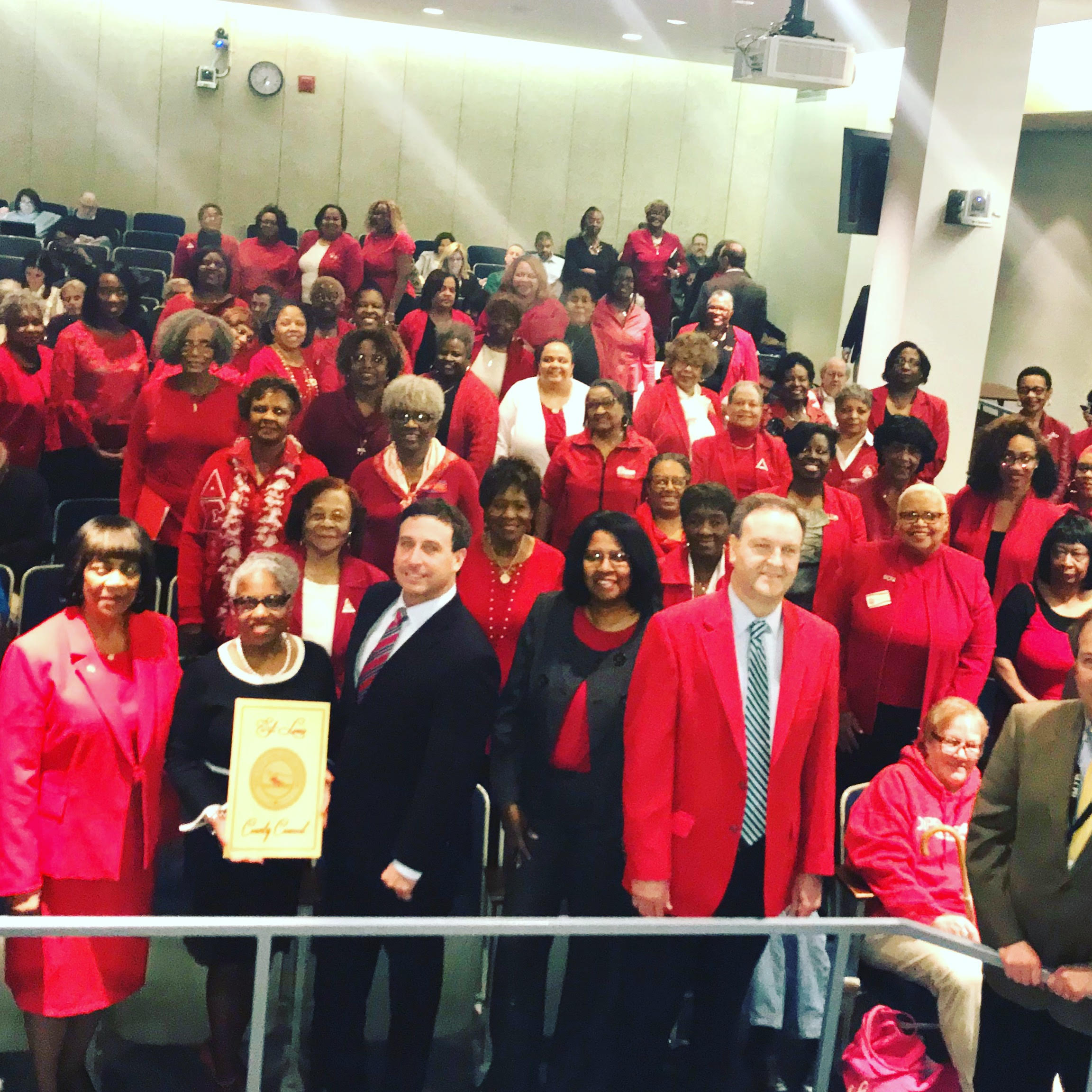 The resolution was sponsored by every member of the County Council, along with County Executive Steve Stenger.

The Delta Sigma Theta Sorority, Inc. was founded on Jan. 13 1913 by 22 collegiate women on the campus of Howard University and as their first public act participated in the historic Women’s Suffrage March in Washington, D.C. in the Spring of 1913.

The St. Louis Alumnae Chapter of Delta Sigma Theta Sorority was originally known as Lambda Sigma, and has been committed to public service within the St. Louis area for over 90 years.

Also scheduled on Tuesday was Councilwoman Hazel Erby’s bill that seeks to give various county employees a 10 percent raise but the councilwoman held the bill, stating that she wants to discuss with Stenger where the funds will ultimately end up coming from.

Erby’s bill seeks to transfer $295,657 from the unappropriated balance of the general fund to the county’s health fund to appropriate a raise for the salaries of corrections medicine employees along with $300,279 from the general fund for the raise of various Department of Justice service employees.

Proposition P is a half-cent sales tax that’s expected to generate $80 million a year for public safety. It was passed in April 2017 with sixty-three percent of St. Louis County voters voting in favor of the tax.