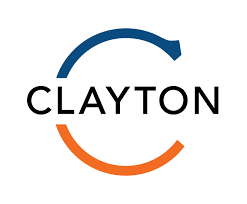 Announced on February 6th, Wehner is one of nearly ten U.S. citizens who will be traveling to Finland from March 6-16, 2019, on the Fulbright Leaders for Global Schools Program.

The program, which operates in over 160 countries worldwide, is a “flagship international educational exchange program,” sponsored by the United State’s government. It is designed to build lasting connections between the people of the U.S. with the people of other countries.

“It is an amazing professional development opportunity to learn from Finland’s top-ranking school system in the world, observe best practices and share my learnings with our school district to help us grow,” Wehner said.

Wehner has been in education for nearly 25 years. He said he was excited when he saw that he was accepted into a highly-competitive program to get into.

According to Fulbright’s news release, recipients of Fulbright grants are selected on the basis of academic and professional achievement in addition to a record of service and demonstrated leadership potential. Since its start in 1946, the program has provided over 380,000 students, scholars, teachers, artists, professionals and scientists the opportunity to study, teach and conduct research, exchange ideas and contribute to finding solutions to shared international concerns.

The Fulbright Leaders for Global Schools Program is an opportunity for U.S. K-12 school and district administrators. Wehner will join the other administrators in March for an “immersive international experience” where he will gain a deep understanding of his role as a leader in educating students who are ready for the global economy.

Wehner said he is looking forward to seeing the structure of the school in Finland, which is the number one school in the world according to comparative data, for not only the students but the teachers as well. He is interested in learning about the institution’s “wrap-around services” for its students and how the children are supported outside of academics.

Those who complete the program become “Fulbrighters.” It is the mission of Fulbrighters to address critical global changes in all fields while also building relationships, knowledge and leadership in support of the long-term interests of the U.S.

“I am truly honored and humbled to be selected for this learning opportunity,” Wehner said.

Wehner said the day-to-day schedule is still being finalized in terms of public and private school visits. He is looking forward to the professional development and collaborating with fellow educators worldwide to get students “globally ready.”

“It looks absolutely riveting,” Wehner said. “Walking away and growing exceptionally as a person, leader and educator.”

The Fulbright Leaders for Global Schools to Finland is a program sponsored by the U.S. Department of State and the J. William Fulbright Foreign Scholarship Board. It is funded through an annual appropriation by the U.S. Congress to the U.S. Department of State’s Bureau of Educational and Cultural Affairs. In addition, participating governments and host institutions, corporations and foundations in foreign countries as well as the U.S. provide direct and indirect support to the program.