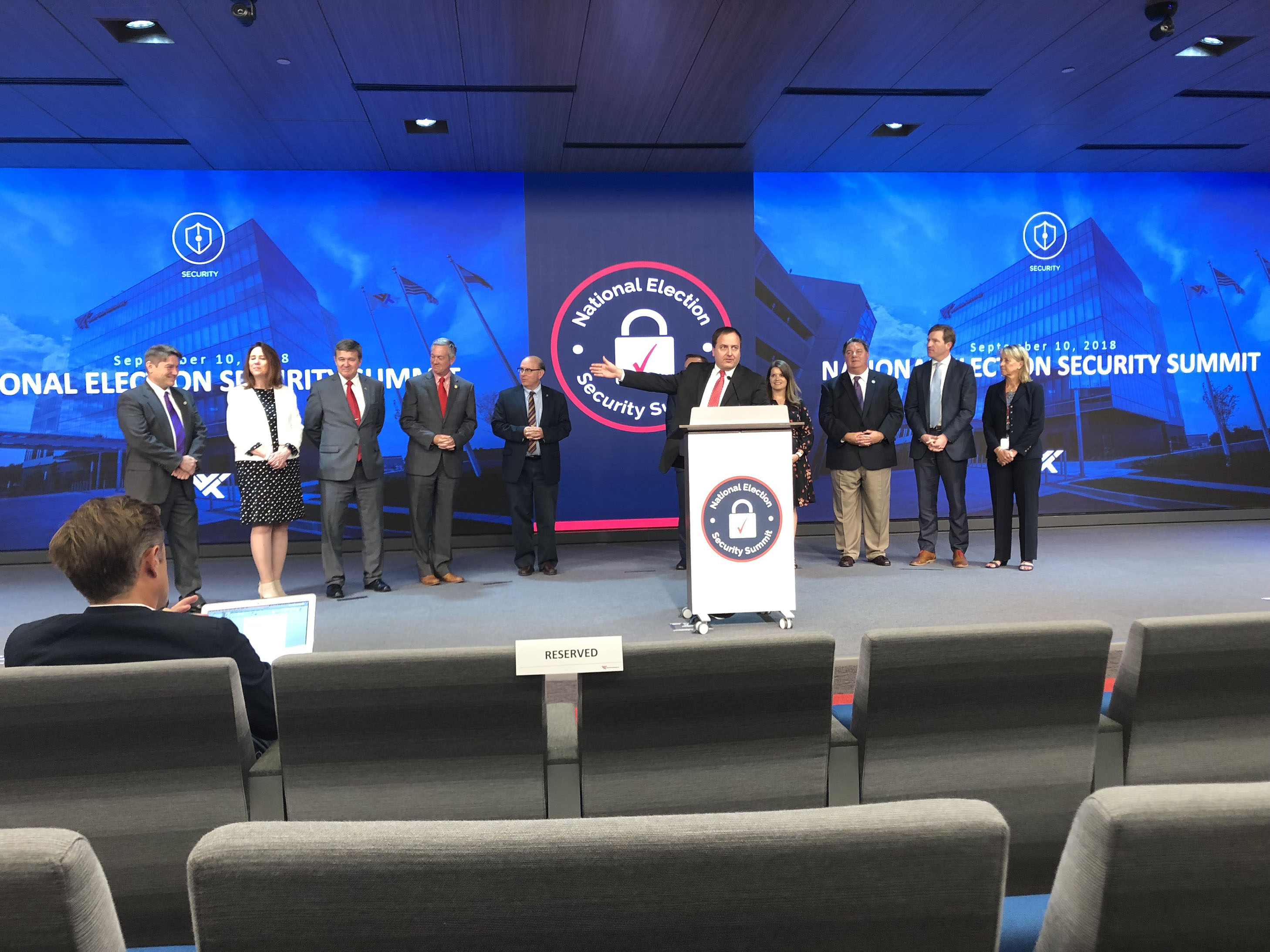 ST. LOUIS – Secretaries of state from across the nation joined Missouri Secretary of State Jay Ashcroft on Monday in St. Louis for the National Election Security Summit to discuss how to increase the security of the elections, crisis communication, and emergency planning at the federal, state, and local levels. 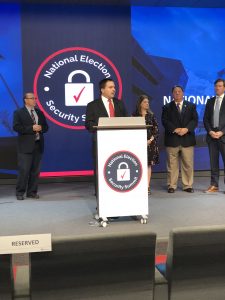 “The two main reasons I wanted to have this conference was one to make sure the people of this country, of Missouri, and the rest of the states understand that election authorities have always been committed to securing our elections and making sure every registered voter has the opportunity to vote and that they’re vote counts,” Ashcroft said. “And secondly, of course, we wanted to work with election authorities of the state at a national and federal level from across this country to find out what we can be doing better and new ideas.”

Ashcroft said that it is not a one and done thing. Elections occur over and over again and the election authorities are always striving to make sure that the elections are more secure.

Dunlap called the election security an “emerging and important issue,” saying that “we have been talking about the security of our elections and the integrity of elections for many, many decades.”

“In the state of Maine,” said Dunlap, “the legislator works every year to improve our elections, make them more accessible to the voters, and that the outcome of the election has the integrity that people can trust. We’ve had a great deal of success in doing that.”

“This is something that is very visible,” said Dunlap. “I have to really hand it to Secretary Nielsen and her team at Homeland Security in really working on the outreach to the Secretaries of State.”

Dunlap said that it was not until last year that he was able to speak with a Homeland Security assistant face-to-face on the topic of election security.

“It opened lines of communication that we never had,” said Dunlap. “Enabling us as Secretaries of State to work with each other, and with our local officials, and county officials around the country. With some coordination of security at a very secure level with Homeland Security, it’s been a real benefit for all of us. I think the American people can trust the product that we are going to be putting out this next November.”

Under Secretary of Homeland Security Christopher Krebs also spoke about the two-day summit and what will be expected from it. 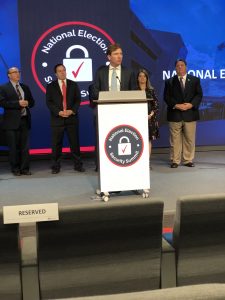 “Today is not a discussion,” Krebs said. “Today is not a conversation. Today is a reflection of the activities that every one of these secretaries of states in their counterparts across the country have undertaken over the last several years to improve and enhance the security of our election systems.”

Krebs explained that the Department of Homeland Security’s role is to support the officials by providing a range of services. These services include information and technical assistance.

“We’re there in support of these folks,” said Krebs. “The fact that this summit is happening should be a very solid indicator to the American public, to the voting public.

Krebs said that it should be known to the public that this issue is a priority, and that there are investments being made and that the leadership at the state and county levels are fully engaged.

“The federal government in addition to my support,” said Krebs. “We are working with the Congress on ensuring that the resources are available and that the other legislative mechanisms are in place.”

Krebs says that it is going to take a team effort. The federal government, state and local officials and private sectors all have to work together to ensure that the American public can have confidence in the voting system.

Many of the secretaries of state noted that this is all about making sure that the voting public continues to have confidence and trust in the voting system.

“This is not a Republican issue or a Democratic issue,” said Ardoin. “This is an American issue. We are focusing on creating an atmosphere where we can consistently and forthrightly discuss the issues that are important to delivering a secure election to the American public. Regardless of which state we are in and regardless of which party we are affiliated with.”

“I think you can tell from the passion of all of my colleagues here and with DHS,” said Cegavske. “That we are working together and that each state is individually different. We do things differently. Every one of us has different rules and regulations that we have to follow. And that’s mostly by the vote of the people that live in our state. This really says a lot about who we are and what we are working on. We’re all here because we’re dedicated to our states, we’re dedicated to the process.”

When speaking about audits versus risk-limiting audits for elections, Ashcroft said that the idea that the federal government should choose based on a standard for each and every state will not work. It is not a one size fits all. 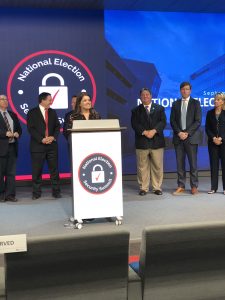 The summit, hosted by World Wide Technology, is closed to the public to ensure that those involved are able to facilitate conversation between election authorities. Ashcroft said that there was a concern that there would be political rivals in the room if it was open, with the possibility of individuals using what was said for information to use in campaign videos. They wanted to ensure that those speaking would be able to share their full, open opinions on matters regarding the election summit.