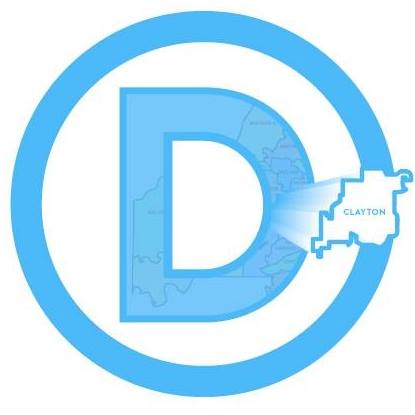 With more than 20 Democrats running for office in nine federal, state and local seats, the Clayton Township Democrats will pick their favorites Tuesday night.

The event starts at 7 p.m. and each candidate will have the opportunity to make a brief statement then take two to three questions from the voters.

Among those in attendance will be current U.S. Senator Claire McCaskill, who was first elected to that seat in 2006. McCaskill won re-election against Republican Todd Akin in 2012 and will face Angelica Earl and Carla Wright in the Democratic primary.

McCaskill is the likely favorite to face off against current Missouri Attorney General and Republican U.S. Senate candidate Josh Hawley in the November election.

U.S. Rep. Lacy Clay will also be in attendance seeking an endorsement from the township as he tries to secure his ninth re-election to the U.S. House. Democratic challengers Cori Bush and DeMarco Davison will also be on hand at the meeting.

In another hotly contested House race, Cort VanOstran, Mark Osmack and John Messmer will share why they believe they deserve the endorsement for the seat in District 2. VanOstran is currently out-fundraising the other two candidates by a considerable margin.

The winner of the Democratic primary will likely face and try to unseat Republican incumbent Ann Wagner.

All three candidates will be at the meeting.

Locally, the race for St. Louis County Executive seems to be getting the most attention.

Current County Executive Steve Stenger and challenger Mark Mantovani will be on hand to make their pitches for the highest office in St. Louis County, along with St Louis County Prosecutor Robert McCullough, who faces Wesley Bell in the Democratic primary.

Other St Louis County races include the seat for Council District 5, where incumbent Pat Dolan will square off with Lisa Clancy.

Back in the Missouri Senate, Jake Hummel will try to keep his seat in District 4 against Karla May, while Brian Williams, Sharon Pace and Rep. Joe Adams will be running against one another for the Senate’s District 14 seat as incumbent Sen. Maria Chappelle-Nadal will be term-limited.

Meanwhile, Ian Mackey and Sam Gladney will vie for the seat to replace Rep. Stacey Newman, who is term limited in House District 87.

Eight more candidates who are running unopposed will automatically be endorsed by the Clayton Township Democrats. The list includes:

In order to vote for endorsement, voters must be registered to vote in Clayton Township, and have paid the annual $25 dues. Voters may pay dues at the meeting.

To accommodate and encourage participation from voters, township officials are allowing votes by paper ballot at the meeting, and will have an online voting option available until 5 p.m. May 20. All persons voting will have their eligibility confirmed through the Missouri Secretary of State’s Office.

Results will be announced by the end of day on Monday, May 21.