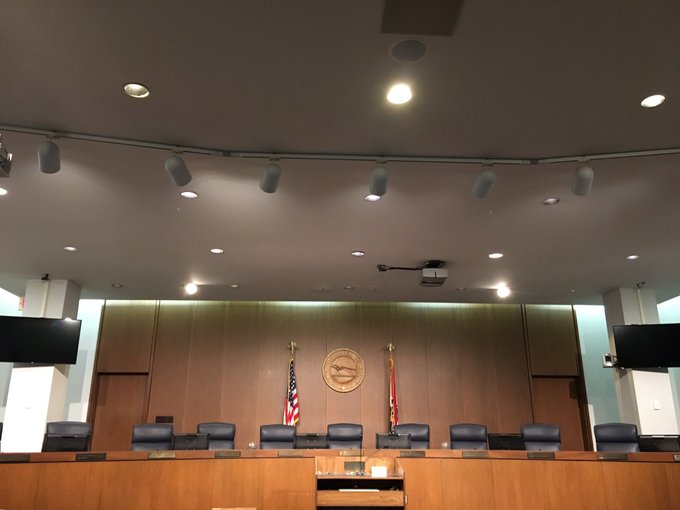 CLAYTON – After the death of three inmates in the St. Louis County jail and the appointment of Lt. Col. Troy Doyle to interim director of St. Louis County Justice Services, there has been a lot of discussion of the need for transparency in county politics.

County Executive Steve Stenger appointed Doyle on Tuesday, sharing that Doyle has an established a record of showing leadership and trust during his 27-year career in the St. Louis County Police Department.

“Members of this council expressed sympathy to the families. What has been overlooked is that numerous jail employees have to before this council and told of problems, but nothing was ever done,” Tom Sullivan, resident of St. Louis County, said during Tuesday’s public forum. “It took three deaths before the council did anything. This council also deserves blame.”

In addition to the inmate deaths, Sullivan touched on last week’s meeting and the council’s discussion over the expansion of the convention center. Sullivan said the council had the chance to make a difference in the county, but ultimately made the choice to spend nearly $240 million on the expansion.

“The more Councilwoman Erby talked about her bill to expand the convention center, the more unbelievable she became,” he said. “Most astounding was when she said, ‘No one suggested where any general revenue funds could be spent.’ Pretty incredible that Councilwoman Erby can be the council member for 15 years in the most empowered district in the county, yet seems puzzled where general revenue funds can be spent.”

Sullivan claims that Erby’s, as well as Councilwoman Clancy’s, campaign reports of the first three months of the year, show that thousands of dollars in contributions come from supporters of the convention center expansion.

“In Councilwoman Clancy’s campaign letter, it says she is committed to partnering with the community to identify and meet needs. She was being dishonest from the start: early commitments to her campaign contributors,” he said. “I wonder if the Tower Tee people have caught on yet that Councilwoman Clancy is only pretending to help them.”

Additionally, Sullivan told the council members that they could use the money to buy the Tower Tee land, or revitalize Jamestown Hall, or build up the shopping district, or acquire a homeless facility, or help to increase education in troubled school districts.

He then proposed a petition drive before 2021 that would allow county voters the opportunity to decide where the $240 million is expended.

“The 2,472 percent of St. Louis County voters said that they want to have a final say before any tax dollars are spent for sports stadiums…They made it clear they don’t trust the County Council,” he said. “Similarly, I think voters would support a proposal to spend all the $240 million to build up St. Louis County, rather than see it spent on another downtown [attraction].”

Erby spoke to Sullivan before the next public forum speaker, sharing that she is aware of what needs to be done for her community, but needs more information on ensuring that the money is spent legally.

“You have yet to tell us in legal terms how we can spend that money,” she said. “You just come and throw insults at all of us, but you have not shown us any way that we can use that money.”