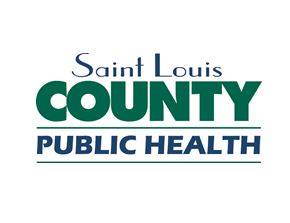 National African American HIV/AIDS Awareness Day occurs each year on February 7th. The national observance is dedicated to remembering lost loved ones, empowering communities and protecting the future by calling all African Americans to get educated, tested, treated and involved with local HIV/AIDS community efforts.

Centers for Disease Control and Prevention (CDC) reported that AIDS affects 1.2 million people in the United States, and one in eight of those people are not aware that they have it. In order to stop the spread of the virus, it is recommended for anyone who is sexually active to get tested regularly.

“When the HIV epidemic first started in the 80s, it was considered a death sentence, but with the biomedical advancements made since then, it can now be treated much more like a chronic disease,” Dr. Emily Doucette, co-director of the Saint Louis County Department of Public Health, said.

Doucette noted that before treatment can begin, people need to know that they have the virus.

“The sooner treatment is started, the better the prognosis. Testing is the key,” Doucette said.

Compared with other races and ethnicities, African Americans account for a higher proportion of new HIV diagnoses, those living with HIV, and those ever diagnosed with AIDS, according to a news release. Because of this, African American communities continue to experience higher rates of other sexually transmitted infections (STIs) than other racial and ethnic communities in the U.S. This also increases a person’s chance of getting and transmitting HIV.

“People from all walks of life can play an important role in the prevention and education efforts for HIV and other STIs,” Dr. Fredrick Echols, director of the Communicable Disease Control Services Division of the Saint Louis County Department of Public Health, said. “Regardless of sexual orientation, religious beliefs, age, income or any other distinctions, lives are worth saving.”

National African American HIV/AIDS Awareness Day has four specific focal points: educate, test, involve, and treat. The City of St. Louis Department of Health and the Saint Louis County Department of Public Health are committed to all four points, which includes educating African Americans about the basics of HIV/AIDS; offering free HIV and STI screening opportunities; involving African American communities in prevention efforts (especially those individuals who are sexually active or at a high risk of contracting HIV) and helping those living with HIV and those newly diagnosed with the virus get and stay connected to treatment and patient-centered care services.

Anyone who is unable to attend the free HIV screening event, but is interested in obtaining the free HIV testing and screening for other STIs should visit www.STLCondoms.com. There they will find a comprehensive resource for finding free educational materials, safer sex resources and local resources for sexual health testing, treatment and support.