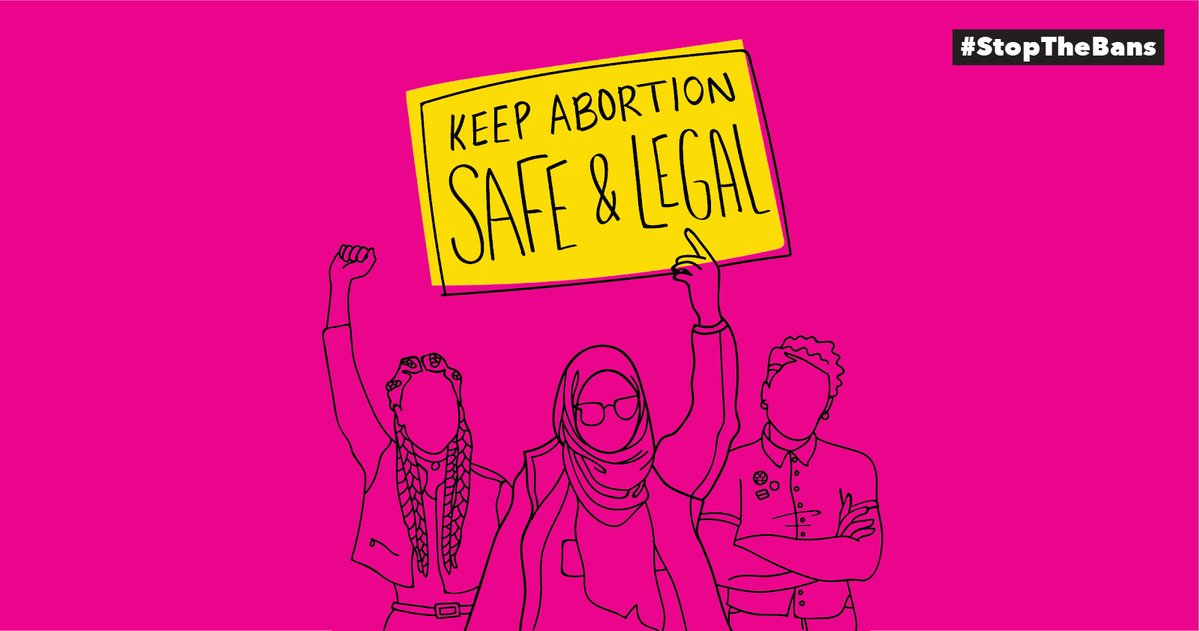 ST. LOUIS – Events across the Show-Me State aim to join Missourians together this week to fight back against the political attacks on access to safe and legal abortion.

Beginning Monday, new #StopTheBans Coalition will kick off its “Repro Week of Action.”

The coalition formed in response to the Missouri House passing one of the most extreme abortion bills in the nation. Members of the coalition include ACLU of Missouri, Gateway Women’s Access Fund, Hope Clinic for Women, NARAL Pro-Choice Missouri, National Council of Jewish Women – St. Louis, Planned Parenthood Advocates in Missouri, ProgessWomen, and Southwest Missouri NOW.

HB 126, as well as its Missouri Senate counterpart, SB 279, ban abortion as early as six weeks. Reportedly, this time frame is before most women are aware that they are pregnant.

“In order to access abortion care in the state of Missouri today, a person must request time off of work, find childcare and transportation, travel to the only abortion care provider left in the state, and then do it all over again three days later to satisfy the state-mandated waiting period,” Michele Landeau, board president of Gateway Women’s Access Fund, said. “Factor in how long it can take to recognize a pregnancy and the time it takes to make the decision to seek an abortion, and a six-week ban would make abortion virtually unattainable in the state of Missouri.”

Neither of the bills has an exception for rape or incest. This could potentially jeopardize Missouri’s $7.2 billion in federal Medicaid funding.

The #StopTheBans Coalition shared that both HB 126 and SB 279 are bans which block a pregnant person’s access to safe and legal abortion. The bills are “dangerous, extreme, and unconstitutional.”

“I put my life on the line to risk having an abortion pre-Roe,” Nancy Litz, vice president of advocacy for National Council of Jewish Women – St. Louis, said. “I will fight so my daughters or my potential daughters don’t have to face the same terrifying prospect.”

The Coalition views the bills as a ploy to put Missouri at the front of a political race to overturn Roe v. Wade at the Supreme Court.

“Missouri women have a right to end a pregnancy,” the coalition shared. “That decision is deeply personal, and belongs to a pregnant person, their family, and their doctor – not politicians.”

The “Repro Week of Action” organized by the #StopTheBans Coalition will begin in Kansas City with an open mic and poetry slam on Monday, April 8th from 7:00-9:00 pm at the Equal Minded Café and Event Center (4327 Troost Ave., 64110). The week’s events will continue in Springfield, St. Louis, Columbia.

Visit www.StopTheBansMO.org for a complete list of Repro Week of Action events, #StopTheBans Coalition information, and details about HB 126 and SB 279.

“This week is an opportunity for Missourians to come together and tell lawmakers: stop obsessing over abortion and start focusing on policies that actually improve the health of our communities,” M’Evie Mead, director of policy and organizing for Planned Parenthood Advocates in Missouri, said.