Questions arise over Greitens’ executive order and the PDMP contract 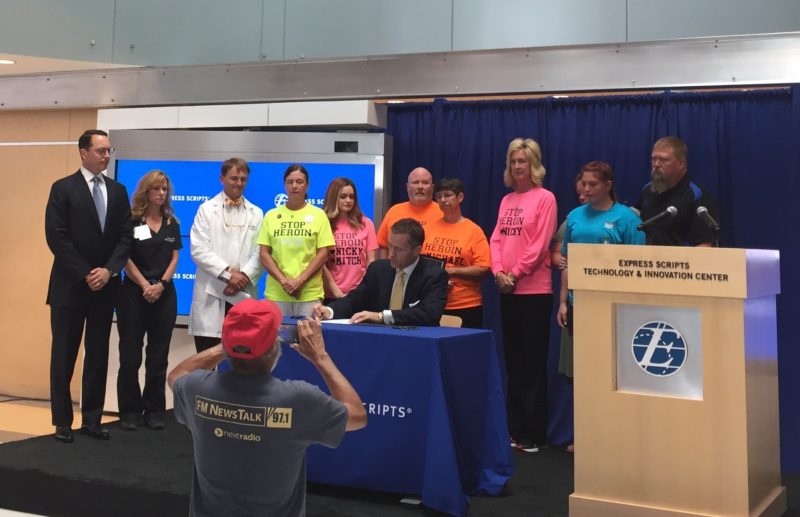 ST. LOUIS – In a surprise announcement on Monday, Governor Eric Greitens detailed his plan for Missouri to take up his version of prescription drug monitoring.

The announcement was made at Express Scripts in the Governor’s hometown of St. Louis. It was announced on Monday that the state would enter into a contract with Express Scripts to set up the system. On Tuesday, The Missouri Times learned that Express Scripts received a no-bid contract for their assistance in setting up and maintaining that database.

Department of Health and Senior Services Randall Williams says that contract would carry about a $250,000 cost to set up the program and that his department would need to add staffers to administer the program.

But the question many are asking is about the contract itself, as all state purchases over $3,000 are subject to competitive procurement requirements. For all purchases of $25,000 or more, a formal, sealed, and advertised procurement method is required.

Express Scripts is currently under contract with the state to offer prescription drug plans to state employees and administer benefits.

Brian Henry, the spokesman for Express Scripts, said the company will follow any guidelines that are requested of them.

“We look forward to working with the state to help address the opioid crisis,” Henry said in a written statement. “If and when we enter into any formal agreement, we will abide by all procurement procedures, as we would do in any of our agreements.”

The measure has been defeated in recent years with staunch conservative backlash.

A spokesman for Greitens did not immediately respond to a request for comment.

2,756 thoughts on “Questions arise over Greitens’ executive order and the PDMP contract”