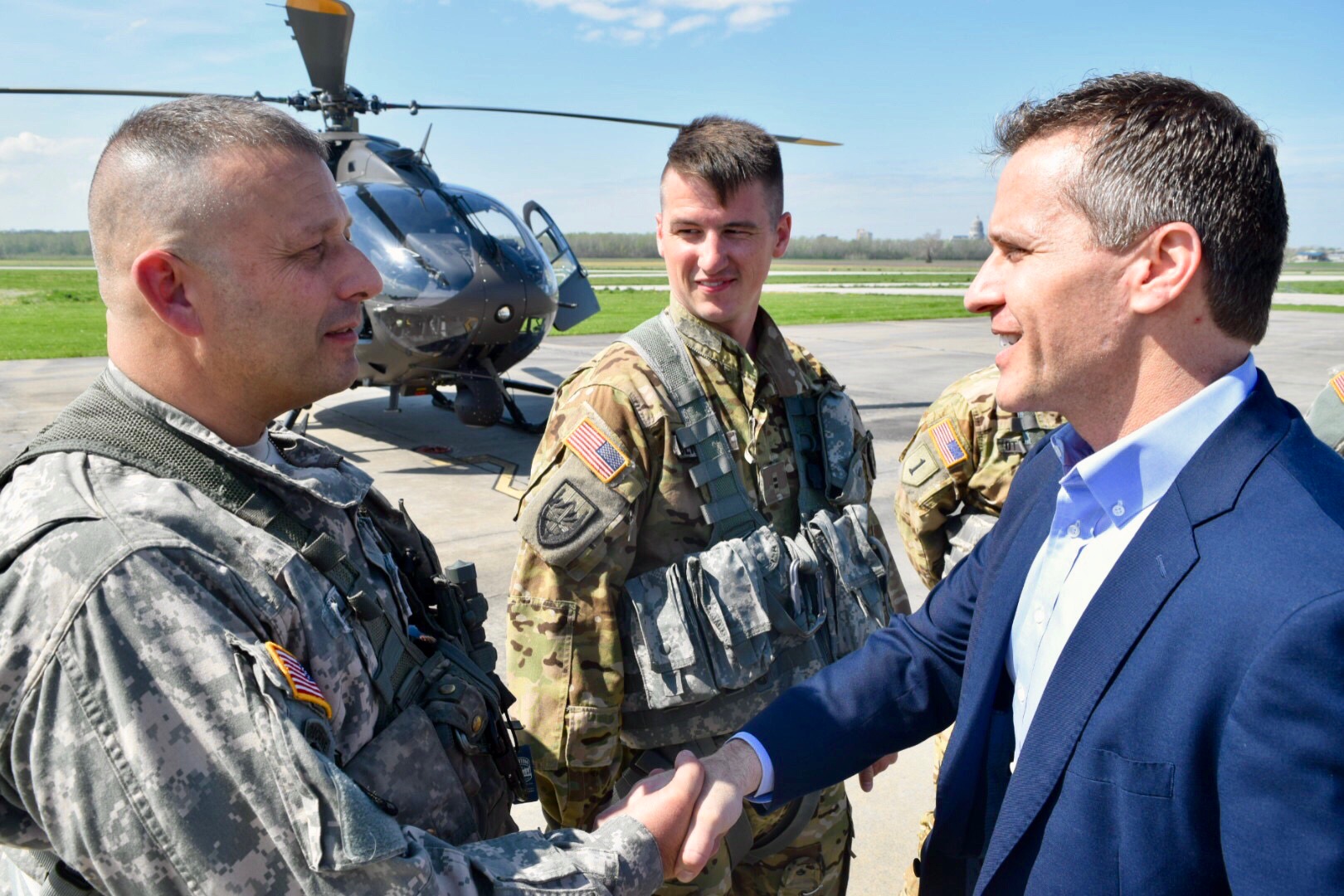 Today, Governor Greitens authorized the deployment of Missouri Army National Guard troops and resources to the southern border in support of Operation Guardian Support. Four Soldiers and a UH-72 Lakota helicopter were deployed to Arizona to assist the Department of Defense in support of the U.S. Customs and Border Protection Security Mission, authorized by President Donald J. Trump in April.

Governor Greitens was on-site for their departure, and thanked the Missouri National Guard soldiers deploying.

“This is a critical mission. Missourians are grateful to the President for recognizing the need to secure our borders. We are proud that Missouri troops will play a support role in guarding against terrorism, protecting Americans from cartel violence, and enforcing our immigration laws,” said Governor Eric Greitens.

As in previous missions in the region, including Operation Jump Start from 2006-2008 and Operation Phalanx from 2010-2016, National Guard members will be in a support role, and not conducting law enforcement missions. Missouri Guardsmen assigned to the mission will provide aerial surveillance. The Soldiers are expected to return to Missouri mid-summer.