Schroer kicks off tanning bill with coalition of support 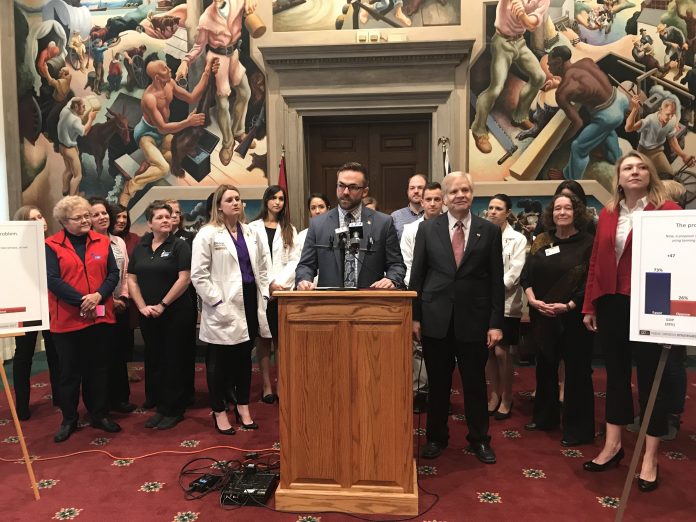 Schroer shared startling melanoma statistics, calling them “avoidable health care costs,” including that the rate of melanoma has doubled in Missouri in the last 9 years. Artificial UV radiation is named as the leading cause of melanoma. Schroer hopes protecting youth from artificial UV radiation will curtail melanoma rates in Missouri, and, eventually, save the state health care costs.

Speakers also included two doctors, a victim of melanoma, and a widow of a California, Mo. veteran who passed in 2013 from melanoma – all supporting the prohibition.

“We need to do more than just talk about this,” Schroer said.

1,434 thoughts on “Schroer kicks off tanning bill with coalition of support”