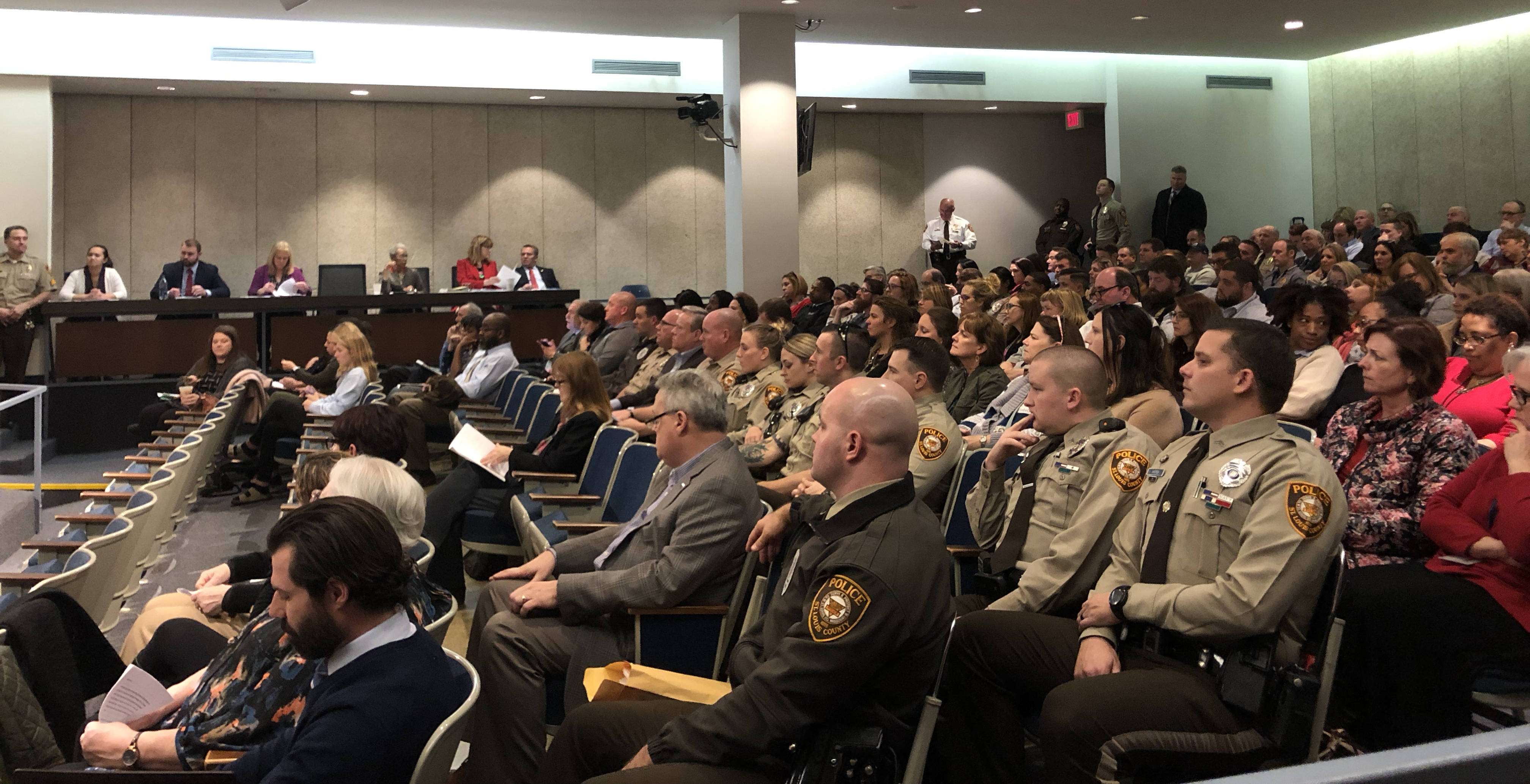 “I know that there was legislation introduced tonight to give possibly a 2.8 percent raise,” Erby said. “But until we can come up with something better than that for the employees who have not received raises in the past ten years, I’m going to abstain from every part of the budget.”

Erby did note that she supports her colleagues and the work that they have done in cutting the budget. She said the budget could be cut more, in her opinion, and referred to it as being out of control.

Based on the information the council has been given, they are funding the police department with what the department has demonstrated they can spend.

Proposition P funds will be used to support those positions when it is time for them to be filled.

The parks and health departments have been asked by the council to live within the same budget that they had for the 2018 fiscal year, spending the same for next year as they did for this year. Page said neither of the departments came to the council requesting supplemental appropriations in 2018.

If Stenger decides to veto the bills that were passed Tuesday night, the council will come back at the first week of 2019 to take another vote. Page said he expects the veto to be overridden. However, if there is a veto and the council members cannot agree on the budget, the county will then operate at its 2018 spending level on a month-to-month basis, per charter.