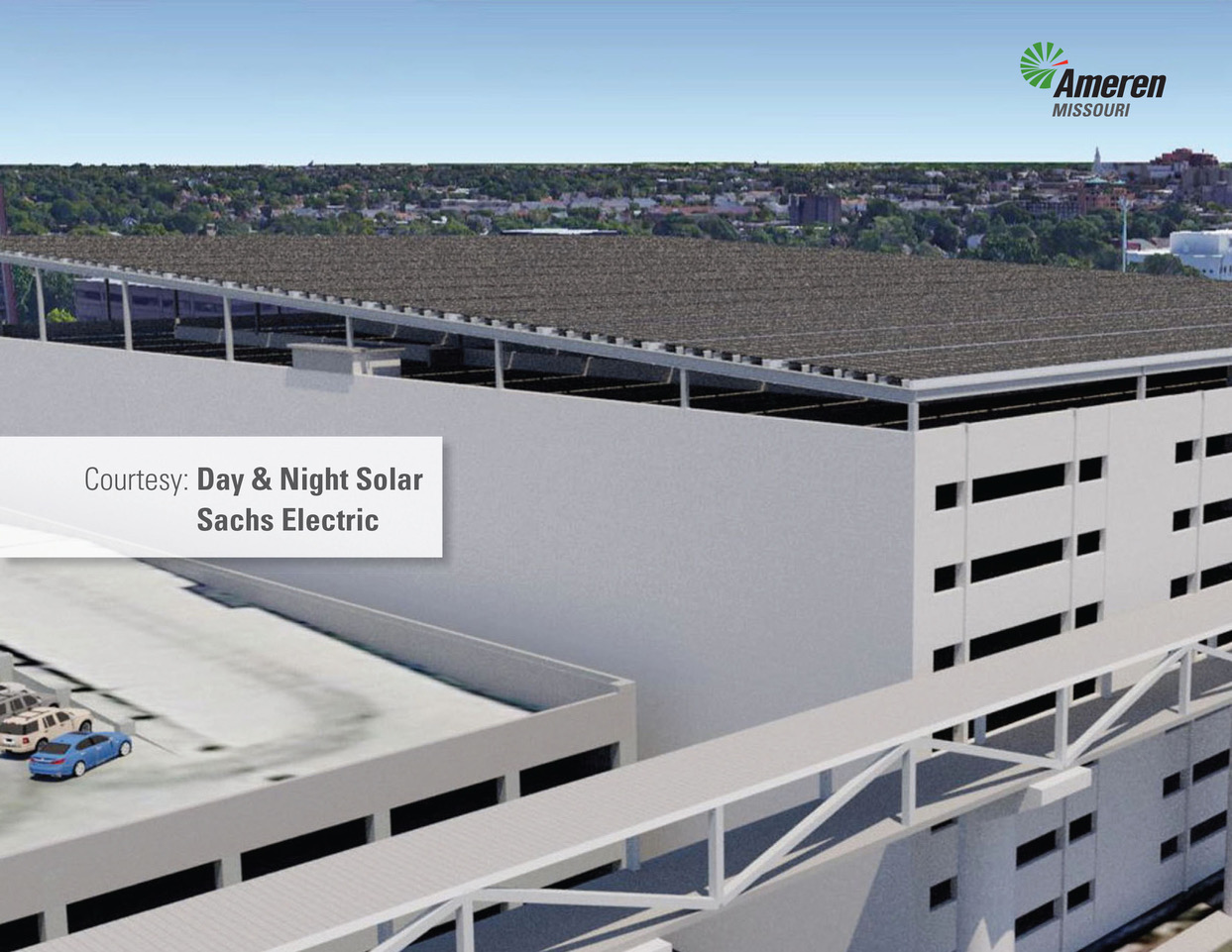 ST. LOUIS, Mo. – The region’s electric energy provider and the area’s largest health care provider are partnering for the good of the region.

Ameren Missouri and BJC HealthCare are teaming up on the first project under Ameren Missouri’s Solar Partnership program: a solar energy generation facility on top of a BJC team member parking garage at 4456 Duncan Ave., on the east end of the medical campus. Construction of the solar facility just began.

Energy produced by the more than 4,500 solar panels, which cover the area equivalent of two football fields, will put energy onto the grid and benefit customers as early as this summer.

“This innovative program is the first of its kind in St. Louis and it’s a win for everyone. Our customers win through more renewable energy on the grid. BJC HealthCare wins by turning unused space into something productive, and Ameren Missouri wins by expanding our commitment to clean, renewable energy,” said Michael Moehn, chairman and president, Ameren Missouri.

”We are pleased to join Ameren Missouri in leading the way in the St. Louis community to launch this renewable energy program,” said Rich Liekweg, BJC HealthCare president and CEO. “While BJC is known for innovation in health care, we also seek to partner with others in ways that promise improvements and progress for our region. We hope to be the first of many organizations to join Ameren Missouri’s Solar Partnership program in creating renewable energy across the state.”

The BJC team member garage is a prime location for solar energy generation because it offers unobstructed exposure to the sky. In addition to generating 1.8 megawatts of energy, the structure supporting the solar panels will provide shade for the cars on the top level of the garage.

The Solar Partnership program is a collaborative partnership where BJC HealthCare licenses its property to Ameren Missouri to install equipment to generate solar energy. Ameren Missouri will own and operate the facility.

Ameren Missouri has been providing electric and gas service for more than 100 years, and the company’s electric rates are among the lowest in the nation. Ameren Missouri’s mission is to power the quality of life for its 1.2 million electric and 127,000 natural gas customers in central and eastern Missouri. The company’s service area covers 64 counties and more than 500 communities, including the greater St. Louis area. For more information, visit Ameren.com/Missouri or follow us on Twitter at @AmerenMissouri or Facebook.com/AmerenMissouri.