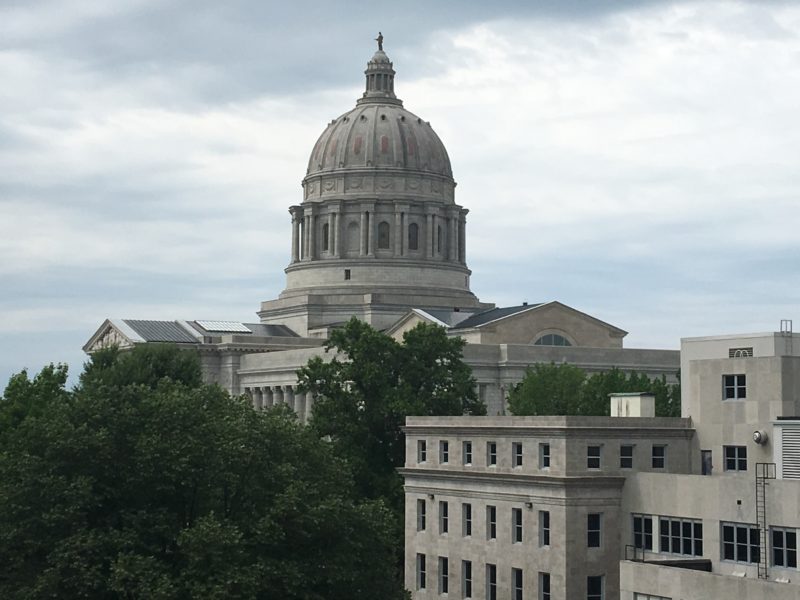 ST. LOUIS — With only two weeks left in the legislative session, the St. Louis Regional Chamber is standing in a good place, “doing just as well as any other organization,” according to its vice president of government relations, Austin Walker.

For the St. Louis Regional Chamber — which advocates at the local, state, and federal level — the main priorities are economic and workforce development, transportation and infrastructure.

“When you look at Missouri, those top three priorities stand,” Walker said. “We then dig into some priority issues such as tort reform.”

Walker also pointed to success with the “huge issue” of tort reform having already passed both chambers of the General Assembly and a number of other bills “poised to pass” the legislature.

“We’ve given out awards for that just for effort,” Walker said of tort reform. “Especially with Sen. Emery.”

Included within the Missouri agenda are items from Best in Midwest, Talent for Tomorrow, Fast Track, One Start, Deal Closing Fund, Gov. Mike Parson’s bridge infrastructure plan, and — locally — support of the Enterprise Center, expected to provide $6 million in funding for infrastructure repairs.

“We were highly supportive of Prop D, wished that passed, but it didn’t,” Walker said. “This bridge infrastructure plan, we think is a really good step, and I know that Sen. Schatz has been working on that.”

Additionally on the agenda for the Show-Me State is the Prescription Drug Monitoring Database (PDMP) introduced by Rep. Holly Raider. The St. Louis Regional Chamber has been looking at the drug monitoring database for several years, believing it has a lot to do with the workforce and hopes to see it pass this session.

“Whether or not they pass the finish line is going to be up to some really good advocates in the General Assembly,” Walker said of the Chamber’s priorities. “The way that conversations have been going and the developments [we’ve made] over the last couple of days, I’m very hopeful that we’ll see more of these bills passed.”

Although the 2019 session isn’t completed, the St. Louis Regional Chamber is already looking toward the next session knowing that there is always a need for transportation infrastructure and innovative funding.

“We want to see a big infrastructure plan passed. For us to remain competitive, it’s a no-brainer. It’s going to take some political courage and understanding on the part of the people of Missouri that we have to pay for our infrastructure somehow,” Walker said. “Our investment and innovation in the state is lacking.”

What is happening in Missouri such as the animal corridor, BioTech and health care – there are many startups in the state and the St. Louis region, but what needs to be done at the state level is not being implemented, according to Walker.

Still, Walker said he is proud of the work that has been done on shared priorities including Fast Track, One Start, and Deal Closing Fund.

“These are things that we asked the governor for and the legislature for, and they are things that will help the state,” he said. “This is going to help our position on economic development, workforce, and attract companies.”

“We’ve got an alignment that we’ve never seen,” Walker said. “There’s been rarely a time where all four of our chambers are in agreement on big pieces of legislation. The fact that we are all in on this and very highly supportive…I couldn’t be more proud of the four organizations for actually coming together.”

Of the legislation currently being held in the Senate, whether it is political or philosophical, Walker noted that there is bipartisan support. He said it is now about the state’s ability to compete and share the message that Missouri is open for business.

“These challenges aren’t going away, they are issues of Missouri’s day,” Walker said. “St. Louis needs a strong Missouri and Missouri needs to want to compete.”

Walker also noted that the four chambers have planned to meet post-session to discuss ways they can all continue to work together on the priorities of the state for years to come.