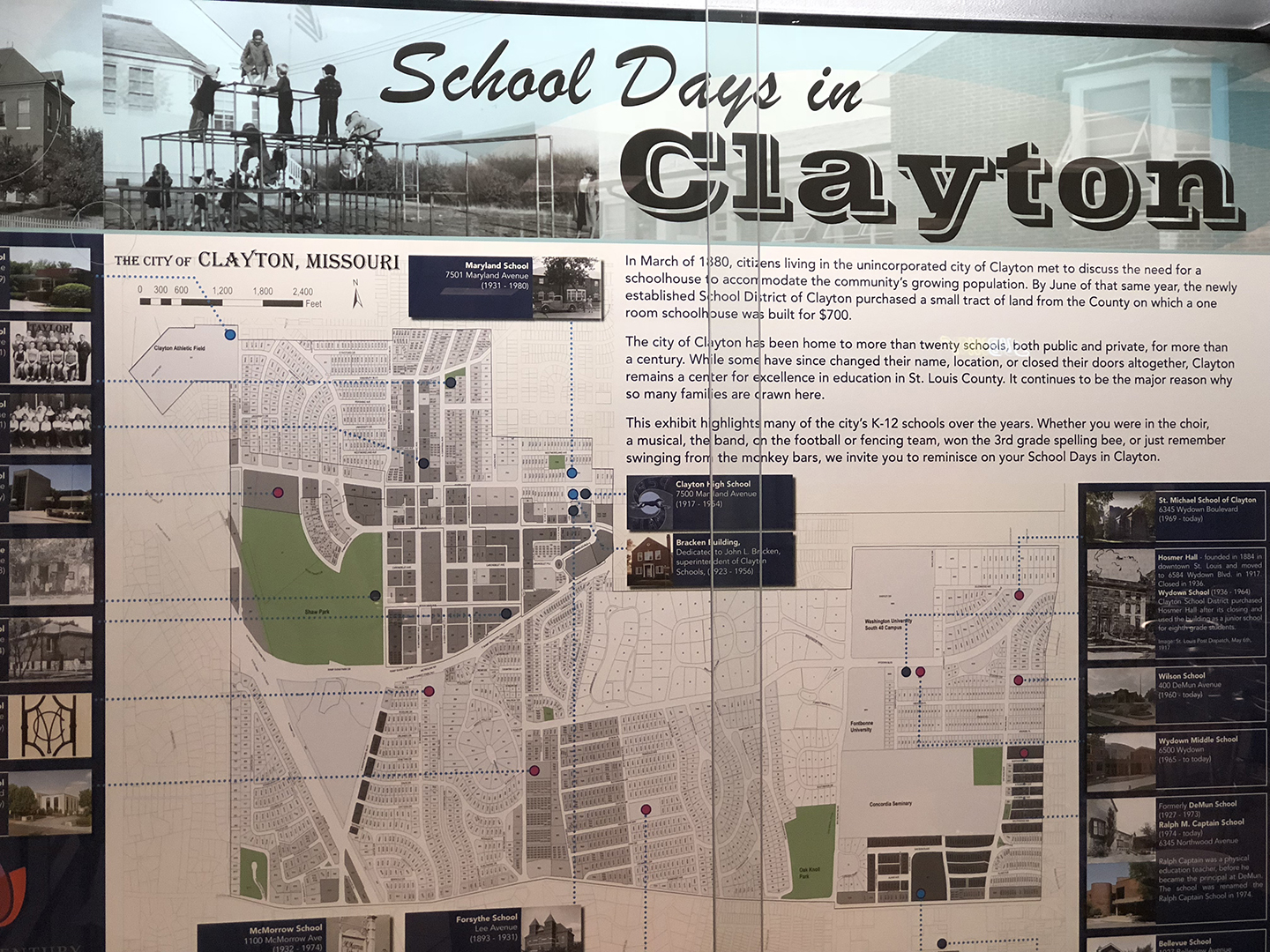 Organized and sponsored by the Clayton Century Foundation (CCF) – History, the exhibit showcases the experiences of Kindergarten through 12th-grade students at the public and private school districts located in the City of Clayton. 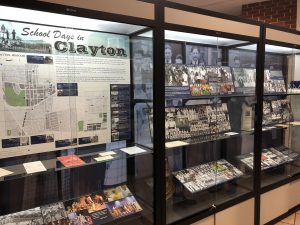 Those who attended were able to see photographs, artifacts, memories and stories on a variety of ages and areas such as academics, the arts, sports and the social scene. All schools, whether previous buildings or current buildings used today, were showcased.

The exhibit was opened to the public followed by a reception and a panel discussion about education.

The panel discussion was led by Charlie Brennan with panelists Geoff Morrison who held a variety of positions with the Clayton School District during his 32-year career, Evelyn Rice-Peebles who is the City of St. Louis Commissioner of Recreation, her sons also attended school in Clayton and Don Senti who most recently served as the Executive Director of Education Plus comprising of 63 school districts including St. Louis City and St. Louis County. 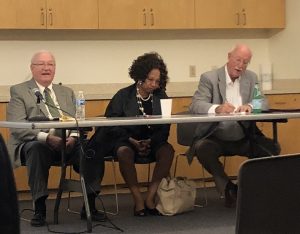 Brennan asked the panelists a series of questions all focused on the education of the Clayton community, the legacy it has already established and what could be done to better improve the future of the children and their education.

Morrison and Rice-Peebles both agreed that the community support is what has helped to establish the legacy of the school district.

“Parents are welcoming and very serious about the schools,” Rice-Peebles said.

Senti noted that the traditions over time have established the school district’s legacy. “Clayton is a no excuses district,” he said.

In terms of what sets Clayton apart from other schools, Morrison said that a crucial element is the “consistently excellent faculty” and the “student-based learning”. He said Clayton’s greatest achievement is helping a large, diverse group of kids finding what they are good at and teaching from a point of their strengths.

Moving forward as a school district, Morrison said that there needs to be an adaptation of the school and its curriculum in how knowledge is consumed.

“There needs to be more parts of the district that has counseling and classes at nights and on weekends available for everyone in the community,” Rice-Peebles said. “There needs to be conversations on race and class and how that affects everyone.”

Senti said that there will be more technological aspects in the district and students and teachers need to be working together.

The district will need to do “better to align students with an education that reflects what jobs are needed,” Senti said. 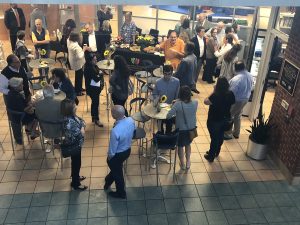 All the panelists agreed that keeping students the center of the program, having teachers there that want to teach and supportive parents is what will continue to distinguish Clayton from other schools.

The exhibit is scheduled to continue to be on display for six months to a year, according to CCF.