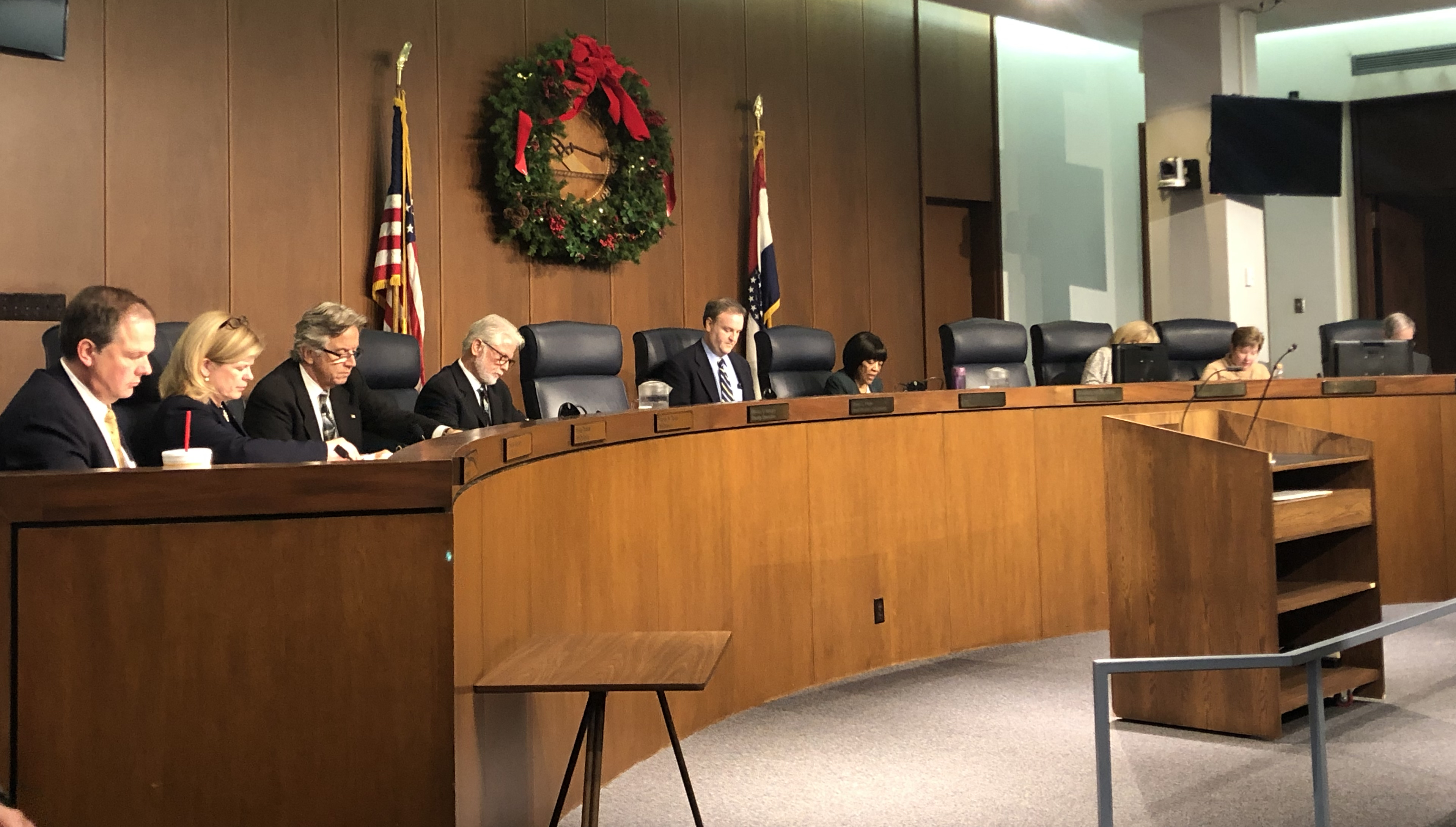 Disagreeing with the County Executive, the council advanced bills that will cut nearly $36 million from Stenger’s proposed county spending plan. The final vote on the bills being 5-1 with Councilman Pat Dolan voting against, saying that he had not been part of the discussion that led to the budget cuts, and Councilwoman Hazel Erby abstaining.

“I am not prepared to vote in favor of this budget until I see a pay increase for our employees,” Erby said. “They have worked for 10 years without a raise. That’s unacceptable…”

St. Louis County Resident Diane Perry spoke before the council during public forum telling them that the budget cuts we’re going to affect North County. She said if they wanted to do budget cuts, they should have started them years ago.

“I think you all should reconsider,” Perry said. “Let the citizens in North County come to have their say because it’s going to affect them.”

Matt Crecelius, business manager for the St. Louis County Police Association, also spoke in regards to the budget cuts to the police officers.

“These 50 positions that are being cut basically equal how many officers are needed to fulfill one of the major components of Prop P, that’s two-officer cars,” Crecelius said. “This is very important to our organization’s members because it involves officer safety. This is also very important to the taxpaying public because it involves their safety.”

Crecelius said the council is using the Prop P funds inappropriately, not for how they were intended. He also touched on the misunderstanding that has developed between the council and the public.

“I believe, had these bills not been drafted in secrecy and were released to the public in a timely, legal manner, these misunderstandings could have been eliminated,” Crecelius said. “It’s unfortunate that these bills are set for perfection with no public input whatsoever. I would ask you to reconsider this cut to the police budget. I understand that something must be perfected this evening in order for something to be passed next week, but this is not the bill that has the best interest of your constituents in mind.”

Council Chairman Sam Page told Crecelius that Prop P funds are part of the general revenue and it is not the council’s position to use the funds in order to “shore up the budget.”

Councilman Mark Harder released a statement while the council was going over the proposed resolution.

“The County Executive’s 2019 appropriation request was based on a structural deficit, as it was last year. I cannot support the continued draining of the reserves of St. Louis County. The cuts recommended by this council are essential to avoiding a catastrophic cut next year,” Harder said. “The County Executive’s spending plan over the last four years has led us to this juncture.”

Harder mentioned Stenger’s statement last year in regards to the 2018 budget in which Stenger reportedly said adequate measures would be taken to meet fiscal challenges that may occur.

“We need to look at reducing the size and scope of government and increasing effectiveness and efficiencies,” Harder said. “The resolution passed tonight reflects a path forward.”

While Erby did abstain her votes on the budget bills, she did ask to be placed as a sponsor of the resolution.

Stenger was not in attendance during the meeting, but his chief of staff, Bill Miller, sent out a prepared statement after the meeting. Miller called the council’s “self-serving budget actions” a representation of “betrayal of public trust.”

“The majority members of the Council increased their own budget by 22 percent while cutting $36 million from other departments, including Public Health and Human Services,” Miller said. “The Council has also willfully violated the law in refusing to provide even the minimum mandated funding amount of $2.7 million to the St. Louis Economic Development Partnership. It’s unconscionable that Council is cutting vital economic development efforts while inflating its own budget at taxpayer expense.”

The bills on budget cuts will be up for final passage at the council’s meeting next week at the agreed upon time of 3:00 pm.