As part of a statewide effort led by Gov. Eric Greitens, the Missouri Department of Economic Development will prioritize applications in the “second round” of the 2018 Neighborhood Assistance Program received from Missouri non-profits to help fight opioid misuse in communities throughout the state, according to a press release. The opioid epidemic is a national issue and one that the state of Missouri is taking the lead to fight on all possible fronts. 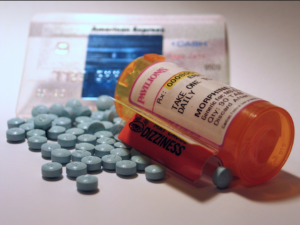 “All state agencies have a responsibility to address this epidemic,” said Rob Dixon, Acting Director of the Missouri Department of Economic Development. “It hinders our state from growth as it damages families, neighborhoods, schools and workplaces. We are taking a stand to fight this. As a state, we are joining forces to help those fighting addiction as well as preventing others from taking this harmful path.”

Through this program, Economic Development plans to increase the number of non-profits working toward the effort to end opioid misuse while making people aware of the opioid epidemic. Economic Development will also prioritize existing nonprofits working in the field to expand their services to more Missourians. The goal is to help as many people as possible to overcome their addiction to the drug.

The state is currently accepting applications for Neighborhood Assistance Program tax credits. As always, Economic Development is specifically seeking highly capable, qualified non-profits under all eligible categories. Prioritization will be provided to those who focus their efforts on awareness, education, treatment and reduction of opioid misuse. Awards will be made to both rural and urban organizations and will be made based upon which applicants have the capacity and tools to achieve the highest measurable outcomes.

An application training seminar will be held on Aug. 31. Contact Kim Baughman or Zatuilla Nara at (573) 751- 4539 for more information.

Economic Development will accept applications for other eligible NAP activities in the “second round” round. All applicants will be evaluated and ranked as provided in the program guidelines.

Visit https://ded.mo.gov/programs/community/NAP for applications and guidelines. Applications must be postmarked no later than Sept. 27, 2017.

3,926 thoughts on “Department of Economic Development will prioritize applicants to tackle the opioid crisis”